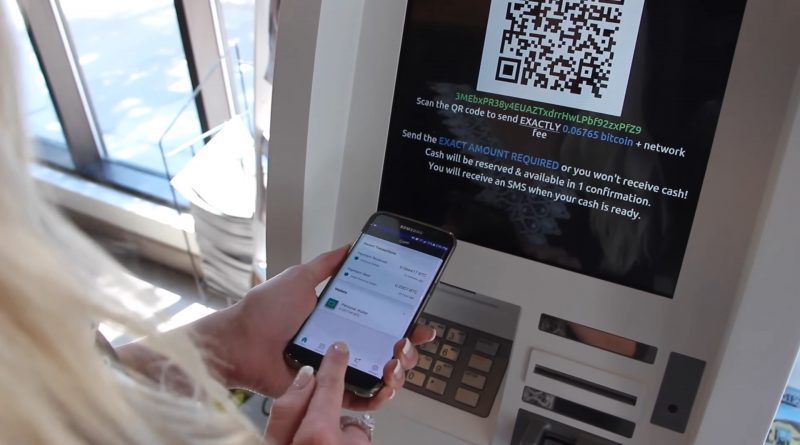 Researchers are expecting the cryptocurrency ATM market to grow to $114.5 from the current $16.3 million in 2018 million by 2023 according to a report released on September 4 by ResearchandMarkets.com.

The increase in ATMs globally will, therefore, represent a compound annual growth rate (CAGR) of 54.7 percent from 2018 to 2023.

According to the study, significant growth will arise from the continued increase in usage and popularity of the two-way type of ATMs that let customers change digital currency into fiat and vise versa on a single machine. Presently, one-way ATMs are the much more widely spread globally having a 62.49% market share while two-way ATMs occupy the capturing 37.51%.

The other common categorizations for Bitcoin or crypto ATMs are the QR Scanner and ATM Printer types with the display ATM units expected to dominate the market due to their user-friendliness. These ATMs need no extra devices or peripherals to operate, which helps to reduce expenses for retailers.

There will be a rapid expansion of ATMs in developed countries like the U.S., Germany, and Japan according to the new report, as increased crypto adoption act as prime growth factors in crypto ATM markets. However, North America will have the largest share of the cryptocurrency market by 2023. The US’s current lead in crypto ATMs market share will be pushed by the presence of a large number of crypto ATM hardware and software providers in addition to a favorable investment environment.

Growth of crypto markets and crypto ATM markets will also be propelled by the trend in payments and banking as many people continued to choose electronic forms of payment over traditional physical banknotes.

With more than 3,650 Bitcoin ATMs in the world, North America has always been the largest crypto ATM market with more than 73.07% of the bitcoin ATMs in the world and United States is the clear leader before Canada and Mexico. Growth in the U.S. or APAC region will also be propelled by increasing awareness about cryptocurrencies and increasing cryptocurrency mining activity. Further propelling growth in this region will be more optimism by cryptocurrency investors who are ready to make more transactions via cryptocurrencies.

The growth will be realized even as regulatory uncertainties in addition to lack of awareness and technical understanding of cryptocurrencies pushed back the market according to the report.

The number of Bitcoin ATMs has been expanding especially in the last two years as cryptocurrency gained more mass popularity and acceptance.