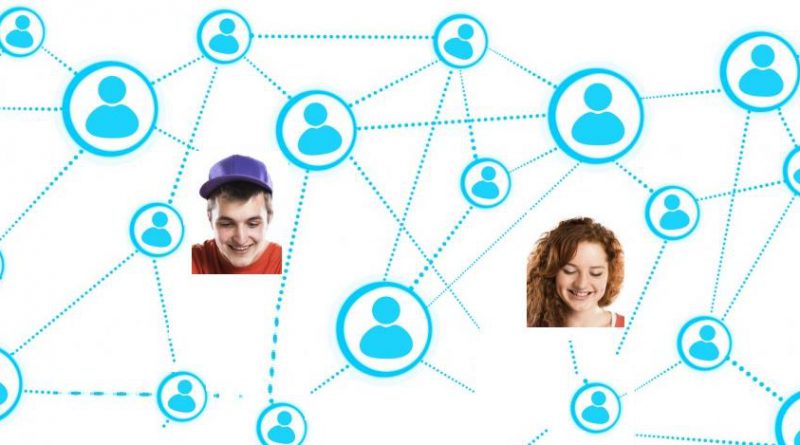 Social media platforms have taken over users' lives in a huge way in the last decade, serving as an entry point for connection, content engagements and social interaction for many people.

Most social media platforms are free and the saying goes that "If the product is free then chances are high that YOU are the product." Historically, no company has exploited customer data and information like today. This includes insights into users' behaviors, preferences, habits, connections, location, and content. Log into any social media site and you'll be met with "targeted" advertising and marketing campaigns, urging you to consume, consume, consume. Is it any wonder that we're beginning to see a big backlash?

Targeting a user's desires isn't necessarily a bad thing in terms of helping in business networking, news reporting, collaboration, and exchange of ideas, but there are big disadvantages to it too.

Primary among these is that most social media channels today are centralized, with a platform owner whose primary motivation is making stockholders happy, rather than doing what's good for society. A user's content can be exploited. There are privacy and data security concerns too. Users have little say as to what their content is used for. For instance, Facebook has been accused of eavesdropping on users through smartphone microphones.

When a problem exists, someone will quickly be there to propose a solution to it. Blockchain is being tested as a solution to everything, and Social Media is one of them. With its decentralized and distributed ledgers, blockchains can be used to secure users' social data by encrypting it, with advances in privacy and anonymity.

Although most centralized social media platforms such as iMessage, WhatsApp, and others claim to have end-to-end encryption, the problem lies with the meta-data that gets exchanged along with the messages. This leaves digital breadcrumbs that third parties can pick up.

Blockchain-based social media offer more than just privacy and security: a cryptocurrency you can use to buy content and pay for other services. Modern cryptocurrencies also merge the benefits of communication and socialization with peer-to-peer commerce and marketing.

The Blockchain can help you gain better control of your own content.

Obsidian messager uses a Stratis-based blockchain and the system stores data in a decentralized system and the data is not used for analytics and advertising.

Besides, it uses an end-to-end encryption with a 256 Bit encryption algorithm to encrypt all information, including messages, files, pictures, videos and payments.

It is a Proof of Stake system and works with Linux, Windows and Mac OS for now, although an Android app is coming by this Christmas day and an iOS app in  Q1 2018. It also uses nodes, and nodes can receive ODN cryptocurrency for helping maintain reliable, resilient, and available network.

Obsidian does not require user accounts and therefore the address will never have any information that links to phone numbers, email or other accounts.

Nexus is a Blockchain-based approach that seeks to decentralize many of the operations including social media.

Founder Jade Mulholland has said they aim to "eliminate all invasion of privacy that large corporations are currently performing." Secure authentication and anonymity is very helpful for those in repressive regimes or where censorship is an issue.

Crowdfunding is another feature whose power can be harnessed very well when you combine blockchain and social media on Nexus. For this, blockchain eliminates the need to include external payment mechanisms because there is an internal currency.

In addition to donations and crowdfunding, Nexus can be used for buying and selling in the marketplace, purchasing ad space among other uses.

The blockchain allows users to make deals or exchange value through cryptographically-signed and executed contracts.

Indorse is the equivalent of LinkedIn on top of Ethereum blockchain but with its economy own and currency.

You can create your own content and own all rights, build your profiles and connections, and get paid for your contributions. Non-blockchain-based social media own rights for user content and do not compensate users for their contributions; instead, they even charge users for running ads on the channels users help them build up and spending that money to record every single keystroke users make.

No wonder many are opting out of their social media accounts, opting for a single account, or no social media at all, with more evidence coming up about how social media affects psychological well-being. These social media platforms have their problems that blockchain might solve.

With it, you can host your CV and have it validated and endorsed by experts in your domain.

Indorse motivates you by encouraging a "skills economy" through Indorse Rewards, Indorse Score reputation system and paying in tokens for helping them build the platform in addition to improving security and privacy for your data and information. It will also have smart contracts and pair them with payment channels.

Synereo uses WildSpark that employs blockchain where users are paid for their creations. It has its internal currency known as AMP and has "share" and "like" features.

It was named one of the top 5 ‘Cool Vendors in Blockchain Technology’ by Gartner.

Steemit runs on top of a decentralized network known as Steem. It supports community building and social interaction with cryptocurrency rewards and users get paid for their posts.

It has its own internal cryptocurrency in addition to a social currency. Users get paid for their contributions depending on how much they get "upvoted" by the community of users.

The Steam Power token represents the influence a person has on the Steemit platform and the more you have, the more your upvotes count. With Steam Power, you can earn additional Steem Power and Steem Dollars from the platform.

Although it does not have other products' marketing features, the Steem currency can be traded. Last year, it issued $1.3 million payout to Steemit users. Half of the amount was distributed to Steem Dollars each worth about $1 and a half in Steem Power. It has so far paid $22,728,958 since June 2016 according to its website.