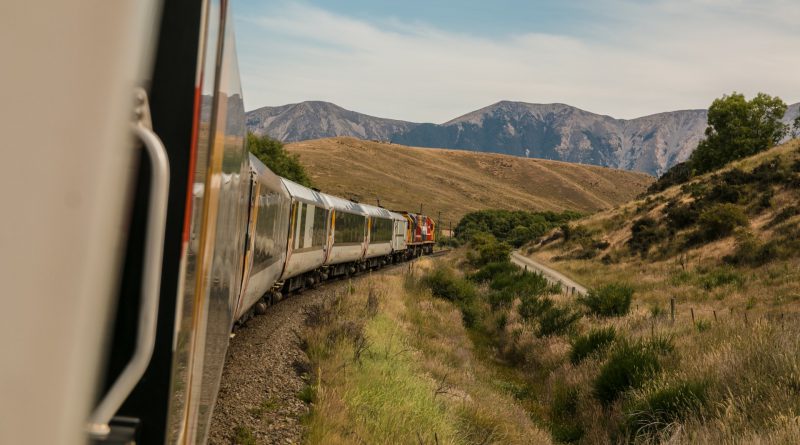 The blockchain will account for as much as 10% of the global GDP by 2027 going by what the World Economic Forum says. The forum says blockchain has "potential to radically transform, expedite, cheapen and secure the way we exchange money, conduct business, maintain medical records and even vote." And put more clearly, they say of its adoption and use; "it's not a question of if, but rather when" given the technology is foundational in nature.

So we might see more adoption of blockchain by the government in the future.

For now, just some are already using blockchain. Most use cases focus on improving efficiency and data transparency and security of systems. And the solutions couldn't be more timely because one of the most complaints about governments today is about inefficiency. Some governments or their departments are also trying out own cryptocurrencies or digital versions of their monies. That could happen for various reasons. For instance, we have recently heard of Iran recently launching a cryptocurrency.

Governments could also use blockchain for contract management, identity management and securing of records and information and systems. The later can apply for facilitating tax payments; land, identity, travel, education, and health record management and storage; and internal governance and cross-border collaborations and transactions.

Already, Estonia, Singapore, and city-states such as Dubai and cantons such as Zug in Switzerland and Illinois in the U.S. are putting some aspects of their government services into the blockchain or creating crypto-economy zones. Even governments such as China which recently banned ICOs, are working on blockchain projects or towards the same.

Because blockchain creates a lot of regulatory and policy implications such as ownership, most governments and departments are at the experimental stages with their blockchain projects. Here are some blockchain facilitating projects for different governments.

Before we continue, there are different types of blockchain; public, private and permissioned.

IBM blockchain is Based on Hyperledger Fabric. IBM is currently engaged in more than 400 distributed ledger projects mostly in the business arenas. For instance, it is being applied in improving and adding visibility to the supply chains, improving customer experiences and security of systems such as banking systems, as well as in executing federal and state contracts.

In a government-scale, Dubai, one of the world's largest trading hubs, is collaborating with IBM for a blockchain project that helps process transactions and keep track of goods being shipped. The announcement was made in February last year. The blockchain platform will provide real-time information regarding the state of goods and status of their shipment, to the customs and trade agencies and companies doing the trading. Dubai is one of the largest re-export centers for goods flowing between Asia and the Middle East and Africa.

Moving forward, Dubai wants all of its government documents processed on the blockchain by 2020 through the Dubai Blockchain Strategy 2020 as a smart city of the future.

Already, Dubai Land Department is completing all activities through a blockchain system as per last year's announcement. Head of Smart Dubai initiative also said last year that they were working on a blockchain solution to facilitate sharing of information among 20 departments including the financial sector, real estate sector, municipality sector, the energy sector and also individual registration authorities like eDNRD (the online registration body for Dubai’s General Directorate of Residency and Foreigners’ affairs).

This is even as private entities such as Educhain, continue to facilitate blockchain adoption in education sector. For instance, Educhain is already running a blockchain pilot program to facilitate educational certification, document exchange and certificate verification, and attestation. It will facilitate access and management of document and certificates or digital credentials by students and institutions. Leading education institutions such as University of Dubai, Zayed University, Academia Management Solutions International, MENA College of Management, Horizon School and the platform goes live in June this year.

Dubai's Roads and Transport Authority (RTA) also said this year that it would create a lifecycle management system using blockchain as part of the Dubai 10X initiative.

The blockchain is seeking to make operations faster and cheaper than legacy systems, for SAP's customers. This include in payments, supply chain deliveries, trade reconciliations on the financial markets and other industries. Blockchains include land titles, loans, trades, intellectual property, identities, votes etc. Information can be shared in a peer-to-peer network and it includes consensus algorithms and cryptography encryption.

For instance, the company is partnering with local government of South Tyrol (an autonomous province and the wealthiest region in Italy) to drive digital transformation in the region.

While South Tyrol could have done "de-materialization" by merely uploading data online and using online platforms, they targeted at using the blockchain to deliver better services to citizens. Citizen's information is stored in a blockchain and will be accessible for verification to facilitate interaction with public authorities and entities such as schools.

In addition, the blockchain will help digitize the workflow processes for telco companies that want to build new cell phone towers. In this use case, because these companies are required to prove that their operations will not have significant impacts to the environment (Dolomites, for instance is a UNESCO protected site) and the applications go through rigorous application processes, blockchain can help in documenting these workflow steps and ensure secure and traceable workflow record.

Bitcoin and other blockchains

There are many projects based on the Bitcoin blockchain customization and which have real uses in government systems today.

One such project is Symbiont Smart Contract system, which builds solutions for the financial market for traders, resulting in lower costs, higher security and transparency and liquidity. The self-enforcing, self-executing smart contracts help reduce time of managing assets and transactions compared to legacy systems. Wall Street firms can issue smart securities while specifying terms and conditions into the interface, for these smart securities. They can also integrate market data feeds. Participants can also share data all without the manual processes that allow for tampering of information.

In 2016, Delaware entered into a partnership with the company to use the smart contracts to streamline cost and paperwork burden of registering new companies. It is to be remembered that the Delaware House of Representatives passed a state law that legalizes trading of stocks on the blockchain. This happened in June last year. The company is also facilitating this. The initiative would also pave way for large-scale issuance of stock on a blockchain.

Bitnation, a type of digital nation state, which handles all of its record keeping on bitcoin’s blockchain, collaborated with Estonia to create the city's e-residency program. The program helps citizens regardless of where they live to notarize any document on the blockchain. Bitnation also made news for its Blockchain Emergency IDs and Bitcoin Visa debit cards being issued to refugees entering Europe from Turkey. Estonia also collaborated with Guardtime blockchain company to create blockchain-based management of patient healthcare records.

BitFury, another blockchain firm, also collaborated with the National Agency of Public Registry (NAPR), an office of the Georgian Ministry of Justice to create a blockchain solution to issue land titles. It is based on top of Bitcoin blockchain. This way, Republic of Georgia became the first to issue land titles to citizen through blockchain. The country would also include other services in the blockchain service such as purchases and sales of land, registration of new land titles, (records on) demolition of property, mortgages and rentals, as well as notary services.

Read more here on the various projects in this regard.

City of Zug was also collaborating with uPort from ConsenSys blockchain for an identity management project for its citizens.

One of the projects meant for use of blockchain for political voting systems was the E-vox platform based on Ethereum. Ukraine entered into partnership with the E-vox, which was developed by a group of companies including Ambisafe, Distributed Lab, and Kitsoft. The system can facilitate voting and decision making in political primaries, elections and online petitions or referenda, all with high-level transparency and accountability. This would prove very helpful for polarized situations, and in cases of corruption, voter intimidation and direct electoral fraud. E-vox system NaRada when live for piloting in 2016 to facilitate electronic voting system for local councils.

Canada announced on January that it would use Ethereum blockchain to provide public transparency for disclosures relating to research and grant funding. Hosted on the Canada's National Research Council (NRC), the system would allow for tracking of the grant proposals, and their awarding. It would let anyone access transaction ID, blockchain publication date, block number, contract index, the signed contract and other details.

Meanwhile, the Ministry of Digital Affairs of Thailand, signed an agreement with Omise -- the company behind OmiseGo to develop a nation-wide digital identity verification and online payment system on the blockchain. The citizen could use the platform to issue National Digital ID in the future, reduce fraudulent behavior online and protect consumers in transactions and online activities.

Read more on countries that have or are working on their own cryptocurrencies.

In this case, blockchain technology could secure databases and systems to help reduce exposure to hackers and reducing needless delays in DoD back-office correspond. This is in addition to seeing the technology inside of military weapons systems, subsystems and components and infrastructure, as well as nuclear force and critical national industries.

As expected, most of these would not have cryptocurrency or token economies that would make things much easier for payment of services inside of the platforms. Think of it if crypto economies were inside of such wonderful platforms!