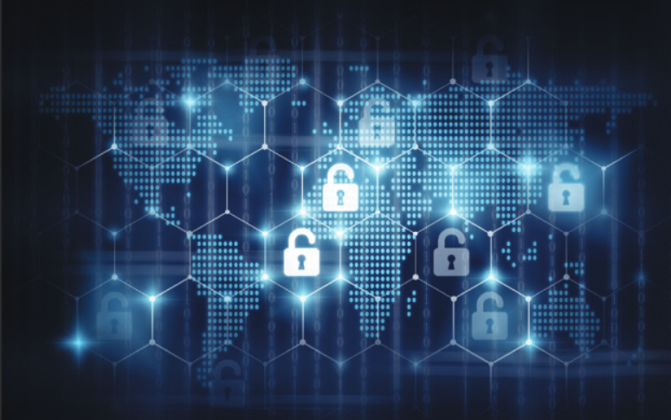 It can. That's the view of the World Trade Organization in their latest report on the topic of blockchain. Blockchain, which without doubt has more applications beyond cryptocurrencies, has the potential to open new opportunities in trade through innovation, enhance process efficiency and lower costs in international trade. It can also help to implement the WTO Trade Facilitation Agreement (TFA), facilitate business-to-government (B2G) and government-to-government (G2G) processes at the national level according to WTO.

However, for blockchain to achieve full potential in international trade, it will need all aspects of cross-border trade transactions digitized, from trade finance to customs, transportation, and logistics. These will be some of the challenges adopters will have to meet.

Notably, blockchain could reduce costs in the financial and shipping sectors by 15 to 30 percent of total costs. World Economic Forum says the blockchain could help remove barriers related to trade and thus result in more than the US$ 1 f trillion of new trade in the next decade. Cost reduction will mainly be experienced in terms of lower verification costs and networking costs where the marketplace players are linked directly without intermediaries. Shipping costs will also reduce significantly come blockchain because of automation and avoiding paperwork. With regard to blockchain implementation, 70 per cent of the value at stake in the short term is in cost reduction according to McKinsey & Company.

IBM, which tested blockchain for digitizing shipping, says the technology could save up to 15 per cent of the cost of international maritime transport. The technology could also save shipping carriers about US$ 38 billion per year.

The report provides a discussion of the critical issues any government or organization would want to consider when planning blockchain implementation.

The report says that if the blockchain projects being developed succeed, the technology could become the future of trade infrastructure and biggest disruptor to the shipping industry and to international trade since invention of the container. Already, many startups have launched and/or are working on projects that are providing for "quicker, easier and cheaper cross-border payments" and are "putting pressure on well-established financial institutions to rethink the way they have been doing business."

The authors do not see blockchain providing for a "complete overhaul" of the traditional financial landscape as per the vision of “Satoshi Nakamoto” but say it is likely that the blockchain tech will make the traditional financial institutional stronger because obviously, even if the technology was successful, these institutions would be making move to adopt. Of course, Satoshi Nakamoto's view related to cryptocurrency as a replacement of fiat.  So many banks are considering blockchain for facilitating cross-border payments and other services.

The obvious examples of processes that could benefit from blockchain application are the paper-intensive and multiple-actors based ones such as logistics and transportation, customs clearance and trade finance. It could help by automating letters of credit and easing supply chain finance. However, WTO reiterates the need to consider the challenges and weigh the benefits against those challenges when implementing the technology.

In regard to custom processes, blockchain can automate border procedures and national single windows making the processes much more efficient, transparent and secure. It could also help improve security and accuracy of trade data. At a government level, blockchain can enhance procurement processes, help fight fraud and corruption, and help manage public contracts more efficiently,

The transportation sector, which contains many actors can also harness many benefits by connecting all actors along supply chain, including banks and custom authorities. The technology, according to the report, can "help build trust and enhance the transparency of supply chains." The technology is already being applied in the tracking of original products and helping to counter fake products or counterfeits. For instance, major food and retail companies are also considering blockchain to help them track products and restore trust on quality, in addition to enhancing transparency.

Blockchain can help reduce the time required to track tainted products from days to seconds according to Walmart -- which has done pork and mango trials with blockchain. This means it enables more precise and rapid recalls thus helping improve consumer trust in the food industry. Unilever, Nestlé and Kroger are partnering with IBM to track food products through the the IBM Food Trust blockchain platform which connects growers, processors, wholesalers, distributors, manufacturers, retailers and other stakeholders. Alibaba is also trialing blockchain in tracking food products through supply chain, in partnership with PricewaterhouseCoopers.

The insurance sector could also use blockchain and smart contracts to automate processes and reduce administrative procedures and costs, handle claims, and administer multinational insurance contracts. A good example for implementation of blockchain in international trade in the area of insurance is in the projects being tested in the maritime insurance sector according to the report.

The technology could also help to administer intellectual property (IP rights) across multiple jurisdictions more efficiently and in a more transparent manner. For instance, it could be used to provide proof of creation, existence, ownership and/or first use, to register IP rights. It could therefore aid fight counterfeits by potentially contributing to emergence of "global IP chains."

Nevertheless, blockchain will also bring important changes to the eCommerce although according to the report, it will not revolutionize eCommerce per se. To the services sector, blockchain could become what robots have been to manufacturing according to WTO, but the main impact will most likely be in terms of reducing costs, notably in the areas of verification, networking, processing, coordination, transportation and logistics, as well as financial intermediation and exchange rate costs.

Finally, blockchain can help more medium and small enterprises to participate in international trade given that they are limited from participating by high tariffs; multiple non-tariff measures; lack of transparency and cumbersome customs procedures; difficulties in accessing trade-related information; difficult access to distribution networks; a lack of skills and technology; logistics and infrastructure costs; and insufficient access to trade finance.

Like any technology up for consideration at a government, organization or even private level, blockchain presents a number of challenges that could derail implementation, affect results or interfere with present processes negatively. According to the new WTO report, the real challenge of implementing blockchain technology would be to make cross-border government to government processes more efficient. For instance, implementation requires settling interoperability issues at a technical level.

For the implementation to succeed, governments will also need to come up with regulation that is conducive to paperless trade. The regulation will also be a factor to determine success of blockchain projects.

In addition to these challenges, blockchain projects will need to deal with scalability and security-related issues such as compromises that could occur with the rise of quantum computing.