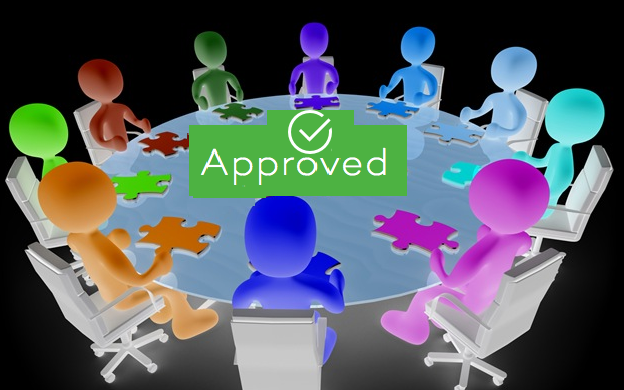 The price of Bitcoin has continued to rise higher and higher in value since launching eight years ago. For instance, the number of Bitcoin transactions ranged from 125,000 to 330,000 from January to December.

But Bitcoin has not found popularity among common people in its eight year's journey. The tested and tried Bitcoin project is an example of what to expect with other crypto projects in terms of mass adoption in the coming years if things remain the same, and most of the cryptocurrencies are in their initial stages.

Here are top things cryptocurrencies should have, be or do to encourage mass adoption:

Therefore, since cryptocurrencies also do facilitate transactions over long distances, many users would still expect and accept the charged fees, but those fees must be low enough to compete with what is charged in other methods and be reasonable enough to entice people from traditional and modern banking systems. Crypto will be the preferable method of payment, for instance, if it can help companies make cheaper payments and common people to make faster and cheaper peer-to-peer payments than it is through banks and other online payment systems.

In short, any cash or card replacement has to be cheap and easy enough to warrant a huge change. Otherwise, things would remain the same.

There is no doubt that innovations by cryptocurrencies continue to make masternodes, wallets, mining and tech easier to understand, use, set up and apply, but much work remains to be done.

The cryptocurrency and blockchain world is, still, currently dominated by tech gurus, computer programmers and developers because setting up masternodes, wallets, mining and ensuring related security satisfactorily, for instance, requires very high level of tech skills that it would be almost impossible for someone without any tech skills to participate.

Proof of Work mining is going to ease up things and with it, many people will find mining better and less costly, but more needs to be done in terms of setting up wallets. Upcoming projects such as Divi crypto project target at making masternodes cheaper and easier to set up with a one click set up client, which is encouraging.

However, more needs to be done in terms of setting up wallets such that such set ups can be done with much little effort and tech skills and with the same level of security.

3. Innovation and more differentiation from Bitcoin

Bitcoin has set up the pace for many other cryptocurrencies and blockchain projects. It has some level of anonymity, some level of governance mechanism or some effort to achieve one, ability to support cheap user to user payments, ability to support decentralized applications, among other things. For any blockchain project to be more popular than Bitcoin, it would have to offer better that what Bitcoin currently offers because users are always looking for better and more features in new cryptocurrencies and blockchain projects.

For new cryptocurrency and blockchain projects, differentiation from Bitcoin (Ethereum and other existing platforms) as much as possible will actually serve to advance mass adoption because cryptocurrencies, in general, will be in to solve more world problems than can be solved by Bitcoin only and existing cryptocurrencies.

In many cases, lack of innovation manifests as duplication of services by copycat schemes that simply flood the market with usually cheaper but same applications and protocols. While that could help in adoption by making the technology more affordable, it could actually cause the dying or slowing down of lead companies that could lead the way in making crypto adopted by masses because flooding the market with copies affects coin prices.

It turns out that the likes of Bitcoin, Litecoin, Ether and Peercoin have unique innovations tied to them and this has boosted their popularity. Peercoin became the first to use both PoW and PoS; Litecoin became more accepted as a ‘silver to Bitcoin gold’ coin; and Ether became popular for its ability to allow distributed, secure execution of smart contracts.

The world mostly runs on government-issued fiat currencies. For now, most crypto coins are bought by first acquiring Bitcoin using fiat currencies and then converting Bitcoins to the cryptocurrency in question. Sometimes, Bitcoin ATMs charge up to 15 percent just to convert to fiat currency.

Both of these two reasons, namely high fees and unavailability of more direct cryptocurrency-to-fiat conversion systems, make it hard even for those already into cryptocurrency dealings and certainly will make it harder for those who have not yet started. The average person will need an easier way to buy and offload a cryptocurrency to make coins and funds easily accessible and be widely used. This has to be a practical option.

People need to know they can exchange fiat easily, quickly and at no or lower fees from fiat to cryptocurency and vice versa, so they get some assurance that their money is safe and available and can't be locked when they need it. Merchant adoption tools are also lacking.

With current cryptocurrencies, there is always the fear that the $500 a person has in cryptocurrency will be worthy nothing after sometimes and that it can decrease in value after a while. Unfortunately so, it is the money solution with the most perceived stability that ends up winning and not the solution with the most speculative upside or interesting "applications." Cryptocurrency cannot overtake fiat to become mainstream unless risks around loss of value are solved such that everyone will be assured that they can save, invest and retain their money in the crypto system and no matter how long, they can always come back and get the funds.

The unpredictability of prices of cryptocurrencies destroy systems like remittance, currency conversion, and the use of ATMs. Because of the high risks associated with decrease in value, businesses and merchants have to charge exorbitant fees to hedge their risks, which defeats the basic purpose of using cryptocurrencies, which is to have a cheaper alternative than government-printed money.

How can cryptocurrencies solve the issue of stability, is the hardest question to face because years into crypto, that hasn't largely been achieved yet. Crypto markets are still dominated by people who would rather play the market and get instant gratification by reselling their coins for as high a price as possible, being an uncontrolled market. However, cryptocurrencies can deal with that by planning from the very onset on how to deal with the effects of speculations. Patience and teaching that patience to users is going to be an important virtue, writes Neil Haran of Tech Chrunch.

Cryptocurrencies will need to know how to gauge real demand in the long run from the word go, overcome the challenges of decentralized systems by encouraging growth rather than greed and rampant online speculation among users, backing projects with unique products and services, having a strong user base before launching, and having long term goals instead of short term goals. They will also need to use their incentive mechanisms to reduce speculation and encourage growth.

That campaign should revolve around cheaper fees, faster access to funds, more security, less paperwork and real value of cryptocurrencies rather than about hash rates, cryptographic keys, smart contracts, and ring signatures because the latter four, for instance, are common in the guru talks but make lesser sense to the uninitiated. In addition to tailoring campaigns around the former, there needs to be increased successful marketing campaigns that popularize cryptocurrencies among the uninitiated.

7. A massive outlook by cryptocurrency stakeholders

Increasing and extending crypto-related activities to and within unrelated activities: Steemit, Brave browser, Bitwalking, Metal and others are trying this and many people who weren't into crypto are now getting in. In fact, these projects are practically encouraging or inviting (either directly or indirectly) masses to participate in cryptocurrency by monetizing activities that are not necessarily in cryptocurrency scenes.

Steemit, for instance, pays people in STEEM coins for creating and engaging with digital content and they can later convert and trade the coins, Bitwalking is paying people in in cryptocurrency just for walking; With Brave, you get coin rewards just for using a secure browser and for engagement and attention. Metal browser pays people in Metal coins for converting, sending and spending.

All these innovations have a major common goal: to make themselves valuable in the real world and gain attention in the economies centered around a particular set of use cases. Someone has called this trend as the "user-first model" because it can be an entry point for many and can help many learn and practice crypto before getting highly specialized.

What more should be said about encouraging more people who are not yet into cryptocurrencies to enter the fields than what these companies are doing?

8. Security of blockchain, governance and legalism

It turns out that good governance in cryptocurrencies (which is defined as a method of decision making by the coin holders and participants in a given crypto project) projects can discourage splits as experienced in Bitcoin and Ethereum.

Legality of cryptocurrency projects is going to be a very important factor in coming days for everyone who consider starting a crypto project and any user who wants to get in. Just reason it out for a while: many people trust governments even when they are wrong!

Although little exists in terms of regulation of cryptocurrencies by governments, SEC has given some hints about what cryptocurrencies should consider when choosing whether they want to list as securities or not.

A cryptocurrency project termed as Cardano wants to look at regulation from a positive point of view. Cardano founders think that the right mix between individual privacy protection and opening to regulatory control is the best answer for a crypto project willing to make a huge global impact. They have developed a protocol that balances the two.

tZero's subsidiary overstock has, together with its joint-venture partners RenGen LLC and the Argon Group, launched FINRA and SEC-compliant ICO marketplace. It will be a place of trading tokens that embrace classification as "securities".