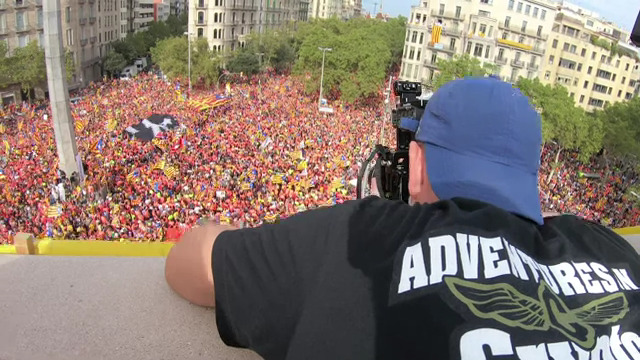 Coming to Netflix and Amazon Prime this fall is the Adventures in Crypto film by Elsa Ramon, a film that tells a unified story, but in many different contexts and from all corners of this world, about the ongoing and upcoming revolution catalyzed by cryptocurrencies and blockchain technology.

From the highlights, Ramon travels in different countries including Catalonia, Spain, Japan, etc documenting how the different sectors -- from the government to private to non-privates -- are using and can use crypto and blockchain to change the way we do agriculture, Medicare, gaming, education, and many other sectors. For a better world. The documentary tells a story of how different aspects of crypto and blockchain such as person-to-person transactions can bring changes to the way people are doing business and banking.

In the context of legacy banking, how can crypto make a change we need and not necessarily want for now? Even as Fidelity, FedEx, Walmart, Overstock, Bank of America and many other legendary banks get in, when would the switch happen?

Ramon talks to people in governments, business, and personal levels as well as influential people in the crypto industry to try and find out if blockchain and crypto will actually be implemented in areas where the public citizens can use it in their day-to-day life, including in areas such as personal identification. Like the way blockchain provides proof of transactions and records, the documentary provides good proof of how this technology is taking on legacy institutions, piece by piece. This is given the strengths of this blockchain technology, such as the power in its distributed ledger which can be used for easy verification of identity across many government and non-governmental departments, as well as its improved security of information. It can help run cost-effective governments and systems.

She meets engineers and all sorts of people who are on the blockchain and crypto front lines working with American and foreign banks to develop financial products that facilitate the mass adoption of the technologies.

In her opinion, for people in developed countries such as America, using blockchain and crypto will be a matter and issue of convenience. On the other hand, for some disadvantaged people in other countries, doing so will be a matter of life and death -- and they can, for instance, use the technology to better validate identities in refugee situations they have no choice about. According to her, the technology is also being used in other countries for actual voting, which is huge in some of these places where there is chaos before, during and after voting due to voting anomalies. Because the blockchain allows decentralized as well as secure voting, it also reduces voting fraud and manipulation of voting by governments.

Ramon is a two-time Emmy award-winning, veteran television journalist with 21 years of experience working in the US's top television markets, who is also a Los Angeles native. After leaving a 22-year career on TV and her shocking departure from the anchor desk at CBS News (KCBS-KCAL) in Los Angeles in May last year, she embarks, since July last year, on a journey to different parts of the world to compile a story that would enlighten others about crypto and blockchain technology -- what she is convinced will change the world for good.

The enlightening idea and experiences she has gleaned from cryptocurrencies and the blockchain have now transformed her into an agent of change since February 2018 as she tells in a blog story. She is learning more...and now through her journalism skills and experience in telling different stories, she is exploring stories of people, groups, companies, governments on how cryptocurrency and blockchain are being incorporated into our everyday lives. And telling her stories the way she wants to, just like people who start using blockchain and crypto - the liberating technology and movement whose traction has begun.

In her blog, she says “No one on earth will be untouched by blockchain in the near future” and in a brief interview with Roger Ver, she says she intends among other things, to minimize the fears and confusions and overwhelming feelings of using a new technology such as blockchain and crypto for the first time, as well as unravel the unheard of terminologies and terms to the whole world, in order to 'take the hard things about crypto out of the equation' of mass adoption, and tell the world that there is more positive about crypto than the negative things they have heard.