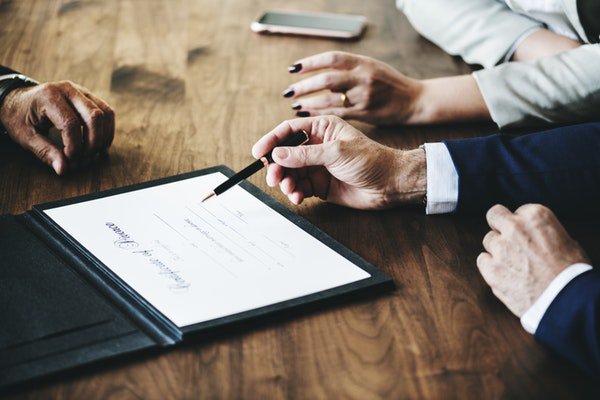 Bitcoin today pulled back from a two-week high and is currently trading at slightly above $4,000, but Bitblock Capital has published a new report to correlate the price of the cryptocurrency and its intrinsic value, saying that the cryptocurrency is undervalued. A slight touch on history, Bitcoin hasn't been very impressive in the public in terms of prices since starting of 2018, dropping a massive 6000% in the last one year. The report argues that it is irrational for prices to remain significantly below the Equilibrium Price for a long period of time.

Bitcoin price dropped to 6000 in August, in what many saw as the bottom price, but never went above the levels until to date. Then November was worse as it went well below $4000. That came amidst high hope of different product launches that failed to boost prices and tight regulation although many viewed the price trend last year as an important market correction following the 2017 short bull run. Most investors resorted to a buy-and-hold strategy, hoping for a bull run at the end of the year as it was hoped products such as Bitcoin ETFs pending approval by SEC would lift prices, which never was. Prices worsened further with massive sell-off due to delays in the launching of the products.

In their analysis, Bitblock compared data from July 2016 to Dec. 2018 to come up with the alternative mining valuation model for BTC. The model shows the market prices balancing with the generated "equilibrium price" from July 2016 until late 2017, with BTC prices gradually increasing alongside a steadily rising hash rate. It reveals that the price disobeyed the "value" trend significantly from November 2017 as prices skyrocketed in-spite of the steady rise in hash rate. According to the model, the price trend deviated during the bull run at the end of 2017 briefly after a slight correction that saw the price realign with equilibrium value.

The price then consolidated at its’ near value at the start of 2018, then drastically falling below the equilibrium price value after a few months.

The mining model is based on the non-arbitrage pricing or risk-neutral pricing model in financial economics. According to the model, the prices are maintained at the "the arbitrage-free price level" as any risk-less arbitrage opportunity gets absorbed by well-capitalized market players.

The model places a value on BTC cryptocurrency based on the revenue-cost model from the point of view of miners. It assumes a market equilibrium in the mining industry and that the value of BTC is affected only by mining power and electricity. This way, the model assumes that BTC, as a store of value, stores equivalent value from the "work of machines." "Hence, it ignores irrational volatility and speculation, which greatly influence the price of any cryptocurrency.

Not one model is used to value Bitcoin or a cryptocurrency. Bitblock also highlights the problems associated with the different valuation models for Bitcoin, namely the currency model, supply and demand, and the mining model.

For instance, the report says that it is difficult to measure the position and elasticity of demand and supply curve accurately and therefore pokes holes on the supply and demand model saying it has limited practical use when it comes to predicting price movements. The currency model also falls short in price estimating and has very limited explanatory power when it used in estimating prices correctly according to Bitblock because of the security characteristics exhibited by BTC price action.

The report echoes an opinion by Tom Lee who said in December last year that Bitcoin was undervalued when it dropped to $3300. He said its real value should be four times that price or $14800 based on his analysis of user adoption. Not so far from the market trends last year, because, reportedly, more institutional investors were said to be flocking cryptocurrency. The price has not been responding positively to the trend. Lee, who is the head of research at Fundstrat Global Advisors, put the fair value at between $13,800 and $14,800 at that time and said that the crypto wallets should have been around 17 million from 50 million at that time saying that the number of users does not directly correlate with Bitcoin’s price movements. He also predicted that the price would reach $25,000 by the end of 2018, which never came to be. However, he has said that higher prices would be driven by continued consumer adoption and Bitcoin's continued adoption as an asset class in 2019 and beyond.

Lee said that the cryptocurrency would be valued at $150,000 per bitcoin as the fair value if bitcoin wallets approached just 7 percent of Visa’s 4.5 billion account holders.

Additionally, Trefis, which is an analytics product led by MIT engineers and Wall Street analysts, also shows that Bitcoin is likely undervalued since they estimate that the current fair value of Bitcoin should be around $4900, but the current price is 25-30% below that fair price estimate. The Backtesting the Trefis Estimator estimates the monthly price of Bitcoin.

It forecasts the price through mid-2019 based on the author's expectations for the number of Active Bitcoin Users and Daily Transaction Value. So far, the number of active Bitcoin users has risen gradually on average from mid-2018 and is expected to increase sharply beyond June 2019, while the average daily transaction volume shot up slightly from mid-2018 to July then fell slightly towards the end of the year. The daily transaction volume is expected to rise gradually beyond mid this year according to the estimator.

According to this estimate curve by Trefis, the price is expected to increase through June 2019 to close to $11,000 up from $7000 in January 2019. The estimator has tracked historical price performance for Bitcoin at an accuracy rate of 94 since it started being published in February 2018 although the difference between the estimated and actual price has risen especially for November and December.
Whether the prices will change as new products such as ETFs, Bakkt and others get launched from this month, remains to be seen.