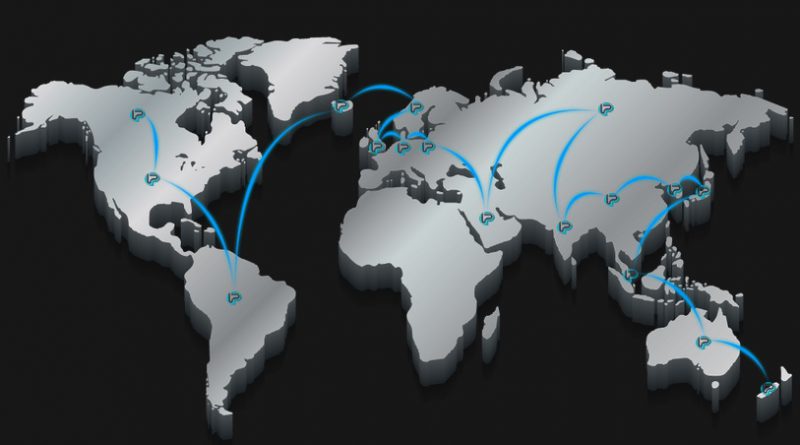 The number of masternodes keeps on increasing on a daily basis, but not all will be growing at the same rate. As would be expected, some will grow faster than others and different masternodes have different ROI.

The growth of a masternode, like of any other coin, can be evaluated by looking at a number of factors including the number of people joining their community and the number of nodes being added per month in the network. That provides an indication of the number of people expressing interest in a given masternode project. The growth of a project and interest by community might be an indication of the project's growth potential (including future price and value) and/or as a result of its added or upcoming features.

However, the market capitalization and volume of a given coin can provide an indication of the liquidity around a node.

The coin is therefore fastest in growth in terms of node growth rate.

The platform has ABET coin which is spent on a betting platform. One is required to have 1,000 ABET in order to run a masternode on the network. Its masternodes are placed in a ranking with the first node on the ranking gaining 80% of the block reward and after so being rewarded is automatically relocated to end of ranking.

The platform, according to Masternode.online stats has paid a total of 8,520.0000 ABET rewards, has a monthly income of $283.

Snode is growing at the rate of 33 percent per month and has the second highest social network growth (adding 3645 people per month) of all the compared masternodes, after Midas which is adding around 5409 followers per month.

Snode requires a minimum of 10,000 SND to run a masternode, and currently has a monthly income of around $43.1327. The project provides cloud based shared and dedicated masternode and allows users to own a masternode individually or to join shared masternodes with other users in the community.

Divi masternodes went live only three months ago and although it has the least number of people in its Discord community when compared to the rest of the masternodes in this list, it has the second highest number of Twitter followers of all the compared coins.

Divi has around 602 masternodes in total but is managing to add around 200 per month and close to three thousand people on its social networks per each month. That brings the monthly growth to around 33 percent.

The project therefore, has the third highest growth rate in terms of masternodes being added online per month. Divi, which runs 5-level tiered masternodes with different requirements for the minimum number of coins and block rewards, has a monthly income of $44 for the Silver and $11 for the copper levels according to Masternode.online analysis.

Midas masternode has the second lowest total number of nodes (510) compared to all coins in this list, and after only 3 months of operation, is adding around 170 nodes per month and is witnessing the highest growth on its social network (at 5409 people per month) than all the coins in this list. That puts the growth to around 33 percent per month.

Midas is an investment platform for users who want to try shared masternodes, proof of stake, trading bots and many more.

One can run a masternode individually or share with other users. Using the Instant Share service, investors can also send coins to a working masternode and share into profits which is earned immediately after sending the coins.

They call this as the next level of masternode shares since one does not need to wait for a full masternode to form and start creating blocks in order to earn and share rewards. Investors are also able to reinvest mined coins to other masternodes immediately and to compound intest and increase ROI.

Beacon masternode was launched on October last year and is adding around 100 nodes per month after three months of operation. The growth rate is around 33 percent.

The ecosystem has an entertainment platform Beacon Arcade, an upcoming online merchandise store CryptoSwag and a DAO when it reaches 200 masternodes. They also acquired Monitor, which provides standard and customized automation programs for Discord, Telegram, and a number of other social platforms. Monitor also provides hosting services as well as shared masternode and shared staking pool services at competitive prices.

The masternode has a monthly income of $279 and one requires 10,000 BECN to stake a masternode.

Darkpaycoin masternode, which is in its 4th month of operation, has a total of 1977 masternodes and is adding close to 500 nodes per each month. With the third highest total number of nodes of all the coins compared, the coin is also adding the highest number of nodes per month at 494. The monthly growth is around 25 percent.

Darkpay platform hopes to provide value to community by linking variety of products and services including an upcoming p2p marketplace and supporting P2P transactions.

Cryptoflow was launched on August last year and therefore been operational for only four months. It currently has a total of 788 nodes and is adding around 197 per month. With a Twitter followship of around 1800 and Discord community of around 4321 people, the coin is adding around 1500 people on its social network per month.

Cryptoflow provides a near instant fiat to crypto transfer for very low fees. Users are able to buy crypto they wish by sending fiat to the company's bank account and receiving the crypto to their wallet address.

One requires 100,000 CFL on minimum to run a masternode and the monthly income is around $47.

Bettex is growing at a rate of around 20 percent each month. The coin has a total of 487 nodes and adding almost 100 of them per month.

Lightpay, which also offers shared masternode service, started only seven months ago and is managing a month-month growth rate of 14 percent. It is adding around 492 nodes and around 2431 people per month after 7 months of activity. The coin has the second highest activity on Discord of all the compared masternode coins in this list, with 12,803 connections, second to only Midas which has 15, 284 connections on its Discord network.

Lightpay has the highest total community at over 20,000 compared to all the coins in the list.

Gincoin which acts as a masternode facilitating coin that can be mined, traded and stored, was launched on February 2018 and is adding around 332 nodes and 1215 people on its social network. The coin also has the highest number of nodes compared to all the rest of the masternodes in the list.

Bitcoin Green project has been active for only 12 months and has a total of 14,181 nodes, but is managing to add around 1881 nodes per month and close to 1000 people on its social networks.

Bitcoin Green, as the name suggests, is a project that wants to raise awareness for sustainability issues arising from the proof-of-work consensus commonly used in public blockchain networks. That's clear given the conserns around energy usage in crypto mining. It also wants to become a faster, cheaper, and more scalable cryptocurrency than Bitcoin in its current form.

The crypto uses an energy efficient proof-of-stake algorithm that can be mined on any computer.

One thought on “Top 11 Fastest Growing Masternodes in 2019”