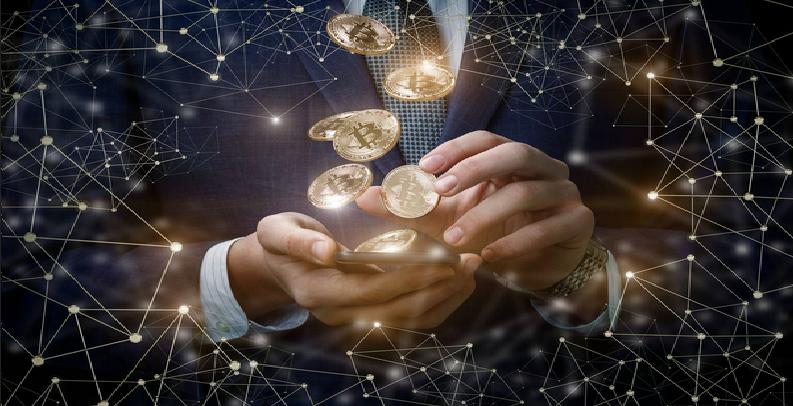 There is more than one way to make money or earn profits in crypto and each of these methods can be applied by anyone to diversify their portfolio at any given time. Some will require more investment than others but basically the more you put in, the more the likelihood of earning more rewards and profit. Nevertheless, if you are not willing to place a huge amount of money as an investment, there still are options.

It is also possible to combine all of these methods and to jumble them in a strategy in order to survive certain market conditions, for instance, a bear market. Mining, staking, participation in airdrop campaigns can all be used to complement or substitute normal crypto trading and earn coins/rewards.

In this article, I look at each of these ways of earning profit/rewards or investing money in cryptocurrencies. There are six of them, so you can choose to try one every single day that passes and let me know in the comments section how it goes :).

Already you may know what cryptocurrency mining is and if you are a newbie or want to remind yourself about a few issues, then I recommend these articles to start with. Success in crypto mining requires a few things including identifying and selecting an appropriate mining pool based on fees and other factors, knowing which coin is most profitable to mine at a given time, and how local conditions play into the process: whether they are or are not favorable for mining, whether those conditions refer to local electricity bills or regulations. Of course, your equipment or cloud service, hash rate, rent price, hardware design and time you run the miners (among other factors) will matter when you start mining cryptocurrencies.

There is no doubt about the profitability of mining during a bull run (with all other factors held constant) because the price of each coin you mine is going up and you earn more money. So you consider the above factors and start off the miners. But one of the actual questions we might be interested in for now regarding mining is whether it works well during a bear market. It mainly isn't profitable for the obvious reasons but there is no rule of thumb that would say you should not mine. You can either choose to mine and sell immediately or stake the coins or save them for sale in a bull run.

As a beginner tip for mining, most people investing in mining will choose a pool where miners combine their hashrates in order to get higher profits and more predictably than when mining solo. However, some solo miners still survive the bear markets even by mining and selling. For instance, it has been reported that some solo BTC miners could survive under a price of $1,500 per BTC of course depending on the local per kWh rate and hosting contract facility. For instance, you can get hosting rates at an average of $60-$75/month per S9 and paying $265-$340 for the mining rigs purchased according to a representative of U.S.-based Blockware. That means the costs are lower than the benefits when you sell.

But for many miners, bear markets are an opportunity to accumulate coins at a lower cost and hodl to sell in a bull run. Merged mining of multiple cryptocurrencies where you can mine a target secondary coin without the decrease of hashrate of the primary coin.

Staking is known as the 21st-century lottery and is not difficult and if you are a newbie in it, I suggest you look at our article on this link. Staking is locking in some amount of coins in a wallet in a network as a security deposit for the right to validate transactions and in order to earn profits when you validate the transaction. IT is advantageous and can also work even in a bear market depending on contract type, staking level, percentage of profit paid, and other factors. Compared to mining, staking coins removes the need to buy expensive mining hardware and each of the staking node that binds the desired amount of coins in an e-wallet is guaranteed a fixed percentage of transactions on the network irrespective of its processing power.

Depending on the model, with some crypto projects, you might stake in tiered levels and earn a number of coins depending on your level - Gold, diamond, silver, etc. Higher levels will require more coins to stake but come with more profits. In the latter case, wallets that hold more coins have more chances of getting chosen to validate transactions and earn a reward. And that's how staking generally works, whether there is a pre-determined amount of coins to stake or the amount to stake is a decision solely made by the user -- more coins staked, more profits earned. The issue of your concern should be returned on investment or ROI when staking.

Another advantage for stakers is that you have a guaranteed and predictable source of passive income unlike in mining where profits are rewarded randomly. Locking a given amount of coins in a wallet in order to stake and earn profits is a great idea in a bull run when prices are going up. However, it can lead to loses when the prices of the staked coin are falling especially because you lock them in a specific duration and cannot be sold until the staking contract period is over. You might want to compare this to hodling mined coins because you can sell them at any time you feel the price will decrease further, in order to avert losses.

You might also want to keep an eye for innovations relating to staking. For instance, apart from multi-tiered staking, there are projects that provide a staking pool where users can send a lower amount of coins in a pool and that pool is staked to win rewards that are then shared among the users depending on the amount sent to the pooled staking wallet.

Masternodes are almost similar to staking because they require you to lock coins for a specific time in order to earn rewards for supporting the network, save masternodes support extra services such as hosting and maintaining the blocks and enabling features such as instant transactions, private transactions, etc. Some incomes are accrued by the masternode for supporting the network in accomplishing these services.

Unlike a staking wallet, setting up a masternode requires the user to designate a computer as a dedicated server for it. In addition, a wallet needs to be connected to the masternode itself, yet separate from it. Another differentiating factor is that masternodes require you to lock a specific amount of coins predetermined by the project. For instance, you might require a 1000 dash units on minimum to stake a masternode in Dash, etc. The minimum amount to stake a masternode varies from one project to another.

Multi-tiered masternodes, like in the case of Divi, require you to stake in 5 different levels where the amount of rewards/profits increases up the levels. Like in staking, the real issue is the return on investment or ROI and you can check and calculate the ROI for staking different masternodes from sites such as MasternodesOnline which also gives a list and information on masternodes that are online. The website lists about 534 coins that support masternode staking, all with a market cap of over $1 billion with Dash dominating at 56.52%. The website also provides information on upcoming masternodes that you can keep track on and invest.

There is a host of information on this site about crypto trading and it can work whether in a bull run or bear market all depending on your strategies and market factors. Cryptocurrency trading basically involves buying coins to resell or selling held coins through a crypto exchange. You watch the markets for buying and selling opportunities and there is a host of tools and software you can use to help in that. Although there are no rules of thumbs, success in crypto trading, like in any other kind of trading, will require that you come up with a strategy that will definitely be tried and tested as time goes.

Crypto airdrops are free coins given to a user of a given cryptocurrency for completing (a) tasks. Airdrops are issued by projects with different intent, among them to stimulate project’s community or attract new users, increasing user base, or increasing project attention, etc. Ico drops can be carried out to reward loyal clients or users of a given network and encourage them to continue using the network products and services or can be utilized to generate quality leads that have the likelihood to turn to potential customers. For instance, in the latter case, a project can issue free coins to people who express some interest in the network's products and services to retarget them. Airdrops are also used as a marketing strategy in order to announce a new cryptocurrency in the market.

Airdrops are popular in crypto media promotional campaigns on social media and community forums. There are also online cryptocurrency airdrop forums and websites that provide specific information about airdrops. You can also track the dates for specific airdrops on different websites such as Icomarks.

Most airdrops are issued during or just after an ICO. Airdrops can be a great advantage whether for anyone already trading, staking or holding coins or for someone who doesn't want to convert their money into tokens or cryptocurrencies but still want to take part in ICOs. As noted earlier, the recipient might require completing given activity, having an active wallet with the crypto project issuing the airdrops, etc.

6. "Buying in" via an ICO and investing through other ways or products

ICOs are a huge investment opportunity for crypto and non-crypto enthusiasts. Can you imagine ICOs sold a cool over $30 billion worth of tokens? It's not that huge, but the amount was close to 4 times the amount raised via ICOs by crypto and blockchain startups and projects and it is possible that ICOs will continue to raise more money.

Whether you are choosing buy security or utility tokens or just investing in crypto and blockchain startups projects via venture or another type of capital, ICOs present an immense opportunity because most coins or tokens are ideally undervalued and will increase in value as projects gather pace, earning the investors a cool profit. There is a catch though: not all ICO projects will be worth your money, not all will deliver returns, and still a few will collapse a few months after starting. Choose wisely.

That said, more products such as funds and other investment opportunities through which you can invest money in crypto, continue to emerge.