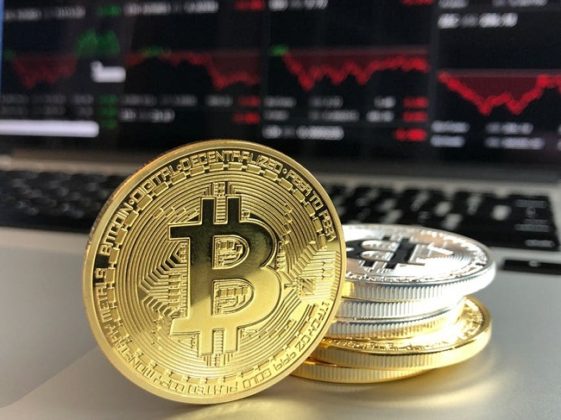 Bitcoin has been on an upward trend in the last few days, reaching as high as $8300 four days ago, or about a 38% increase in price in about one week. That might have been the outcome of the interplay of a number of market factors, or simply the result of a massive pump-and-dump effect.

Bitcoin was on an upward trend gaining 30% in April, but the surge to the new level last week was quick, although it has now corrected to $7700 level. Where could the market be headed?

The quick market change in price last week may be a signal of an upcoming bull rally according to many crypto analysts while others feel it is not that time yet. CEO of BitMex Arthur Hayes said last week that the momentary dip to $6,300 on Thursday night followed by a sudden return to $8,300 level and the fact that the "Sep and Dec contracts are in contango" reveals that the "bull market is real." Another crypto industry analyst at Fundstrat Tom Lee, who has been optimistic of price recovery, also said that the return of Bitcoin price from $6200 to $8,000 cemented its positive trend. So a crypto rally may just be getting started or that the market may simply be warming up to one. But a massive rallies usually come after days of cycles of the price testing resistances sometimes several times and falling back to support levels many times before breaking milestones.

The recent market price movement could be just a beginning of the next parabolic cycle according to another analysts, Mati Greenspan from eToro, who was speaking to Bloomberg last week about the same. He said that Bitcoin has already gone through several cycles before these massive bull runs, with these cycles characterized by massive gains of sometimes 10,000% or 50,000% gains within a short period and massive retracements that can be 80% or even 90%. Therefore, the market is currently in a part of a larger cycle. He said that the speculation in the market at the moment is "we are just getting started on that next parabolic cycle."

The price could also be headed back to the $5,000 level and "test it multiple times" in obedience to a historical parabolic rise as says Nicholas Merten (aka DataDash), who is a popular crypto analyst on YouTube. He said he expected a 40% correction in the price to a $5000 level, which may be repeated multiple times, before the coin can may be realize a huge persistent gain in price.

Merten said he was preparing to buy at a price between $5,000 and $5,500, in preparation for the huge market run-up, noting that the indicators such as NVT, RSI and "everything" are indicative that Bitcoin is currently overbought. He also added that the cryptocurrency could as well be worth $1 million one day.

But what could just fuel another bull run may remain unknown -- ETF, adoption? Greenspan added that another long-term bull run may be as a result of increased adoption of blockchain and leading crypto assets. Many have held the opinion that this "massive adoption" hasn't corresponded quite well with price movement while others say it could be exactly what crypto needs to sustain higher in future. Greenspan said the news headlines we have been seeing about adoption tell good/positive things about mass adoption of cryptocurrencies, such as the announcement by Microsoft that it would use blockchain to increase online security, announcement by HTC of a blockchain-based phone that would host a Bitcoin node, and Flexa which announced it would allow crypto payments for products and services to thousands of retailer stores and outlets in the United States. This is, according to Greenspan, in addition to high volumes being witnessed currently including the CME Group’s futures contracts which was recently reported as going above a billion dollars in a single day.

What's most encouraging about the entire crypto industry is the huge uptick in volumes with 24-hour volume currently reaching an all-time high of $80 billion (including Dec 2017 when crypto was all-time high in prices) meaning a lot of crypto is currently changing hands daily more than ever before, but for some reasons the price has not been responding as would be expected. Earlier on, Tom Lee had said that a number of client OTC brokers they surveyed had witnessed 60% to 70% increase in activity/number of clients and trading volume per client and that fundamentals, technicals and activity by hodlers were improving.

Alex Kruger, another crypto analyst, has also said that Bitcoin was forrying into key bull run zones after a 80% drop in price this year. He for instance noted that, last week, Bitcoin's volume on BitMex was second largest ever after September 5th, 2018, adding that there was little euphoria and very few people were talking about Bitcoin. Thus, according to him, market movements could be propelling the price ticks.

Speaking about volumes, it is hard to relate a single event to the uptick in volumes. It sometimes comes as a result of combined market effects and widespread activity, and sometimes manipulation. It is also pushed by many factors.

For instance, on Friday, it was reported that Bitcoin was hitting an all-time high in trade volumes in Argentina, Colombia and Venezuela on LocalBitcoins.com, which is a popular peer-to-peer trading platform that allows users to trade Bitcoins with any local fiat. The three recorded the highest volume during that week. Like Venezuela, Argentina is also faced with inflation though the figures are not as high. The volumes in Columbia shot high as Congress of the Republic of Colombia received a bill that will seek to regulate companies that specialize in cryptocurrencies to prevent fraud. In Venezuela, political unrest extended collapse of the country's national currency Bolivia but strengthened the bolivar-to-Bitcoin trading.

Last week, yet another crypto researcher, technical analyst, and statistician, Willy Woo said that the bull rally was imminent, given that BTC was already holding above its 200-day moving average for a sizeable amount of time. He said history had shown that anytime the cryptocurrency holds above its 200-day MA for say eight weeks, that has signaled a bull run, adding that the bull season was now 99% (certain or close). The same opinion about an impeding massive rally is held by Joseph Young, Max Keiser, Mark Mobius and John McAfee.

Another analyst, Jacob Canfield, said on Twitter that he would mark $6400 as the ideal buy zone at 20MA daily, splitting 25% allocations every $200 or buying a consolidation pattern, adding one could still short the Bitcoin.

And from the JP Morgan Analysts last Friday, Bitcoin's price movement is mirroring the path it made on charts in late 2017. Nikolaos Panigirtzoglou and other analysts from the giant banking institution, said that the price over the last few days had "moved sharply over marginal cost" meaning the price was going ahead of Bitcoin's intrinsic value calculated in considering its computation power, cost of electricity bills and the efficiency of hardware. They said the movement of price above or ahead of the currency’s intrinsic value "carries some echoes of the spike higher in late 2017, and at the time this divergence was resolved mostly by a reduction in actual prices."

Minus last week surge, crypto was generally on slow recovery

Although Bitcoin price change is mostly talked about and tracked, an uptick in Bitcoin price always corresponds or is followed by an uptick in prices of other cryptos and altcoins as well. Not only Bitcoin recorded positive gain in the last week; others also did. Regarding weekly changes, almost every other crypto on top 10 gained between 1-30%, with Stellar gaining 30%, Dash, Ripple, Ethereum, and Binance coin recording over 20% increase. However, cryptocurrencies such as Ethereum have been on an upward trend generally, gaining over 50% in the last month, in total.

Cryptocurrencies such as Bitcoin Cash, Monero, and Dash have also reported surges of more than 20% in the last month. However, from the outsets, the market could be said to be far from total recovery in comparison to the massive surges witnessed in 2017. For instance, the total market cap is only $244 billion meaning it has tumbled 700% compared to December 2017. However, it has been on a somewhat consistent but slow upward trend gaining over 200% since December 2018.