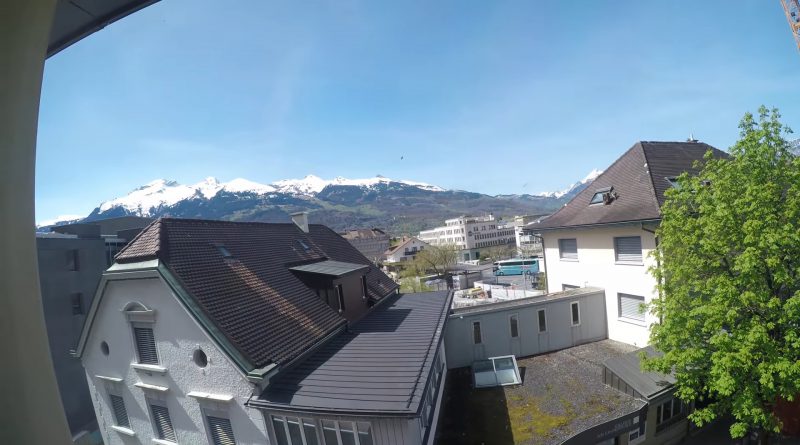 It was actually a chance encounter between Yanislav Malahov, CEO of æternity, and Prince Alois of Liechtenstein at a conference that attracted æternity to launch in this fairytale-like land. Back in 2016, the Prince expressed the principality’s receptivity to cryptocurrencies and encouragement for blockchain endeavors and things spiraled from there. The royal family has repeatedly and publicly expressed its support for blockchain and crypto, with Prince Alois stating that cryptocurrencies are ‘something to look into more into the future.’ The Prince also told CNBC:

‘Blockchain will change a lot of things. It could even make our state more efficient the way it is administered.’ If you still don’t believe how supportive the royal family are, look no further than the hundreds of people that flock to monthly blockchain meetups hosted in Liechtenstein’s capital, Vaduz.

Nestled between Switzerland and Austria, Liechtenstein is extremely accessible. Talent is easily pooled from its surrounding neighbours with Germany, Italy and France all just a short drive away. As well as this, Liechtenstein ’s proximity to Switzerland’s blockchain-hub Zug also provides for a great collaborative environment, and the two jurisdictions frequently support each other on blockchain-related issues.

The 6th smallest country in the world

With a population of just 38,100, Liechtenstein is the sixth smallest country in the world.  Its small size is actually a major advantage, as it allows the government to quickly and easily pass legislation that will benefit the indigenous blockchain industry.

Liechtenstein boasts one of the world’s lowest crime rates. In fact, the last murder in the country was in 1997. Today, its prison is very empty and if any citizen has a sentence longer than two years, they are transferred to Austria. The low crime rate and safe environment are hugely attractive to businesses seeking to establish operations in the region.

Not subjected to obstacles of bureaucracy, Liechtenstein’s famously low tax rates have made it a popular destination for financial services in the past and, without a doubt, for blockchain projects today. Cutting costs wherever possible is a huge factor in enticing new businesses to launch and the low tax rates in Liechtenstein are no exception.

The key relevance of this factor lies in the areas of financial services, blockchain and cryptocurrencies.

The House of Blockchain was established by æternity and Nägele Rechtsanwälte Attorneys at Law LLC, in Vaduz, in 2018. The House of Blockchain’s overall aim is to create a centre for collaboration in the community with a focus on providing a co-working space for blockchain projects to develop. Liechtenstein’s Prime Minister, Adrian Hasler, spoke highly of the small country’s successful blockchain ecosystem at the well-attended opening event. Since then, it has well and truly kicked off, with high demand for occupancy with over 15 projects already on board.