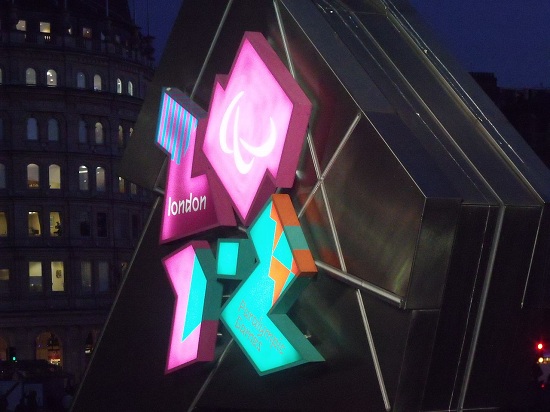 Here are some of the updates/changes and forks that will be introduced on different crypto networks this and next week.

If you know of or have any other not yet listed, please let us know and we will list it.

TokenPay, which is an official partner of the Litecoin Foundation, is launching its decentralized crypto exchange. The first 200,0000 accounts will receive 1000 $EFIN coins once 10 Easy Trades are executed. There will be 5000 Partnerships available and a limited number of Platinum accounts, designed for those who will be staking alot of $TPAY.

Today, they are making 5000 @efinexchange 🔑 Exclusive Partnerships available for sale for only €295 payable in $BTC $TPAY $LTC $XVG. They will also be launching the Rewards Management Module and Affilite Marketing Platform.

Insolar, the the blockchain-as-a-service platform used to build distributed networks for companies and organizations, will will launch Testnet 1:1 today.

Netkoin's multi-token mobile wallet app enters the next beta version today. The feature will allow users to send and receive and store hundreds of ERC20 TOKENS THROUGH THE MOBILE APP WALLET.
If you are a Netkoin user, or may be someone looking for a multi-crypto wallet to store, send and receive a variety of digital assets, then Netkoin will one of the many wallets to watch out for.

The feature will also lay grounds for other upcoming features such as in-app token swaps between ERC20 tokens into NTK and LIQUID tokens. The beta version of the mobile app was launched last month and is available on GooglePlay and allows users to discover nearby stores and promotions based on their location and distance. Users can also collect NTK coin from nearby stores, and integrate their wallets to send/receive and store crypto.

Netkoin is an ERC-20 token based on Ethereum blockchain and the token is to be used to power the Netkoin's platform rewards system on its location based mobile application and business management platform. What it means is that there will be mobile advertising application useful for retailers and shops that wants to advertise their businesses and uses of this platform can use the coin to reward users when they buy or use their products, based on their location.

Businesses can advertise on the Netkoin’s business management platform to shoppers and use their platform to manage their content including social content.

You can join Netkoin's Telegram channel for more.

Pylon Network is a decentralized renewable energy exchange platform that aims to introduce energy market where users can trade green energy which can be bought from RES producers, without the requirements for an intermediary.

Cazcoin to launch their exchange

CazExchange crypto exchange, which has been on testing, is now complete and it will go live tomorrow March 5 to allow

The e-commerce platform, whose platform coin is Cazcoin, also has other features such as the CazShop CazShop.io for business-to-business and business-to-consumer buyers and sellers to trade any product all without financial boundaries and with benefits of peer to peer trading; and CazCharge, an online platform that enables users to spend crypto to pay utility bills, mobile bills, recharge their phones and to pay other types of bills.

You can join the Cazcoin Telegram channel for more here

Bytecoin is a privacy coin which features HD wallet, Android app, and gateways for third parties. It is integrated by many apps and exchanges.

Aeternity, which is a blockchain platform that allows creation of dApps and smart contracts and functions like Ethereum, is launching the second release of their eternity Mainnet. The second release is called Minerva — named after the Roman goddess of wisdom and strategy, and sponsor of arts!

The first scheduled protocol upgrade or fork was executed on February 21st after which the core team has been evaluating performance of UAT network before it was mainnet-ready.

Being mainnet-ready now, node operators have until Thursday to update their software to version 2 since that's the day when consensus-breaking changes will be introduced.

CM Robot AI, which is an automatic crypto trading robot with AI, which entered pre-launch on March 1, will be fully launching on Thusday.

The robot can be used to trade 24/7 on crypto exchanges (currently working with Binance and with possibility of expanding to other exchanges) with instant buys, instant sells, and buying in safe areas, all with mobile monitoring by the user. Users can also force to sell immediately via the app, and check their portfolios on-the-go.

The project also has the Enpay payment platform that works on android and iOS for people who want to spend their crypto to buy products and pay their bills especially with the Eunomia token.

Conceal, which recently completed development of their mining algorithm CN Conceal, is forking Thursday at block height 195,765 in order to switch to their own Cryptonight variant Cryptonight Conceal.

Currently, Conceal has a modified version of xmrig for CPU mining available while GPU miners can use the latest version of xmr-stak which has support for Cryptonight-Conceal, and SRBMiner which will also support the algo in the next release. Users too will need to switch to latest version of the wallet, version 5.2.2, which is to be released this week and supports the new algo and fork.

Version 0.14 (0.13.0.4) will be introduced at block 1788000 with consensus changes including performance improvements and bug fixes.

Einsteinium, which is a crowdfunding platform, will have mining rewards reducing from 4 to 2 coins at block height 2,304,001.

From March 15, users of GamesCredit will be able to buy more than 3000 games and software titles with #GAME exclusively.

GamesCredit is a digital currency used in gaming platforms.

The mainnet launch of Theta happens next week Friday with support for guardians nodes. The platform is basically a blockchain-video delivery content platform which has partnerships with Samsung VR, MBN, and CJ Group and others.

Clearpoll, which is a decentralized social public opinion polls platform that allows users to poll and vote on anything via Android, web and iOS platforms, will move from own blockchain to Eth blockchain while introducing new features including more incentives for holding POLL tokens.

The platform is now owned by Josh Case and I’m the founder and CEO of Ethershift.co. It is also an official part of the McAfee 2020 presidential campaign.

After the beta launches, Hypersnakes and Tron Arcade games will have official launches on March 15. Users can pre-register with both for beta testing.