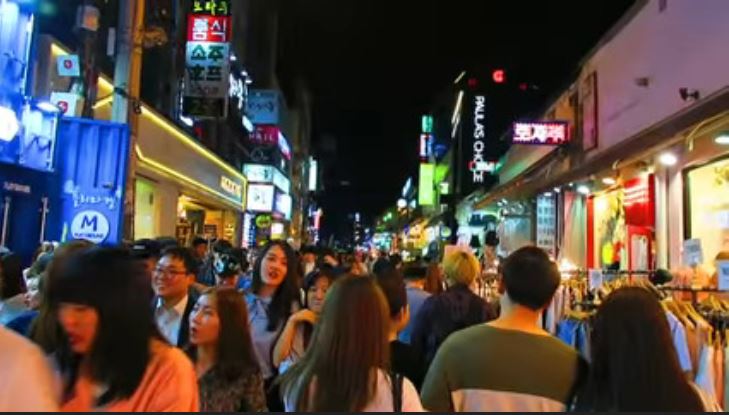 South Korea is responsible for as much as 30 percent of all cryptocurrency trading globally with around half of traders being white-collared professionals.

Further, the country is leading Singapore, Malta, Estonia, Japan and Switzerland as the most crypto-friendly country given the latest development.

This is according to South Korean market analysis paper Cindicator, which also says in their recently published analysis of in-depth report covering the cryptocurrency market in South Korea, that the country's current lead in crypto was just a beginning and is set to continue and will drive adoption of cryptocurrencies globally.

The lead-in crypto industry is due to the country's openness in technology and embracing it. Of course, the country has a working paper on how to promote itself to attract fintech, which includes areas such as AI, blockchain just to name a few and has had a rough past in terms of banning ICOs and the entire cryptocurrency industry in the country thrown into disarray last year.

But a report from the Korea Development Bank (KDB) also shows that South Korea was slower than China in adopting fintech. According to the report, the country's global fintech rate stood at 33 percent entering the stage of popularization. The global average rate is 32 percent. The rate is compared to China's 69 percent, which means it is entering the last stage of popularization. Five out of the top 10 global fintech companies according to KPMG International come from China.

When it comes to cryptocurrencies and related fintech, South Korea is different. The country hosts some of the largest cryptocurrency exchanges in the world in terms of trading volume with the country’s biggest exchange Bithumb ranking in top position with a US$60 billion in volume for the last 30 days.

According to the paper, although most South Koreans missed Bitcoin as it exploded last year, they were keen to buying into Ethereum. Therefore the country is very popular in crypto trading. South Korea was also popular with the Kimchi Spread or Kimchi Premium, where the price of cryptocurrency is higher in the country than the rest of the world. The spread or difference reached maximum at about 50 percent in January 8 alongside peak total market capitalization of the crypto market (US$800 billion). The Kimchi was due to country's “very strong internal demand fueled by hype, Koreans’ continuous search for short-term profits and its country’s specific economic characteristics,” according to the report, as citizens sort for short-term profits.

There are obviously countless innovations that may stamp the country as a dominant in crypto. For instance, Coinone is partnering with Cross to develop a cross border money transfer platform. Bithumb is developing a security token exchange in partnership with SeriesOne, an American fintech firm and is also set to launch a crypto payment service in partnership with Asian e-commerce firm Qoo10.

Several companies including banks, insurance companies, universities and hospitals are also using ICON blockchain to develop and launch products. The percentage of fintech users who use financial services via smartphones was 20 percent points higher than non-fintech users even as retail banks relied heavily on fintech to survive.