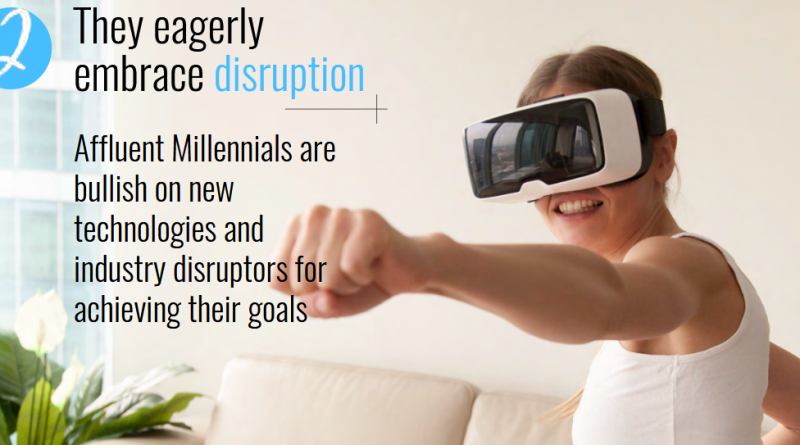 A quarter of America's affluent millenials are either hodling or spending cryptos according to a recent report from Edelman. 31 percent of these are also interested in cryptocurrencies. The report defines the affluent millenials as those aged between 24 and 38 and earning $100,000 annual income as individuals or jointly or owning $50,000 in investable assets.

The report found that  61 percent of America's millenials are using peer-to-peer payment platforms with peer to peer apps increasing by a massive 50 percent in two years.

The Millenials with Money report pokes holes on the recent financial systems saying that millenials aren't happy with them with 77% of affluent millennials and 65% of non-affluent millennials out of the 1000 surveyed saying that the current financial systems are biased towards the rich and powerful at the expense of ordinary people. Because of their skepticism of the legacy financial systems, blockchain and crypto has appeal. According to Edelman’s Global Chair of Financial Services Deidre Campbell, anyone with cryptocurrencies wish they bought it earlier.

The report also finds that many millenials (nearly half of non-affluent millenials) are choosing to go it alone when making financial decisions. 42 percent are seeking outside advise but still making their own decisions. Campbel says this is a concern because seeking professional financial advise would help them "get to the next level."

Like in many countries around the world, millenials make the largest part of population than any age categories. In America, they constitute more than a quarter of the nation’s living population.

Further more than three quarters think that its is just a matter of time before another financial crisis hits. In comparison, 58% of non-affluent millennials are of a similar opinion. 75 percent of those surveyed who believe blockchain makes global financial systems more secure, are worried that the global financial system will be hacked compared to 58 percent of the non-affluent counterparts.

It is not the first time a survey or study is finding a distrust for legacy financial systems among millenials with a 2016 Facebook report saying that only 8 percent of them trusted financial institutions to offer guidance. Such distrust had led to rise of popularity of saving and investing apps like Acorns, Robinhood, and Stash. Many millenials are attracted to the low-cost and easy-to-use platforms and traditional investing methods that tend to have longer processes and lower support for newer technology. Of course, technology development has played a huge role to this change.

The trend also shows a growing pessimism for legacy financial systems with the same organization finding out through a 2016 report that 82 percent of millenials trusted banks compared to 64% of the general population. According to Campbell, this is happening because geopolitical unrest, which "is a near-daily occurrence" has replaced "a more hopeful outlook."

“Two years ago we were talking about financial services regulatory reform. And there’s been none of that conversation happening now — except for the unwinding. So I think now, with the riskier environment we are living in – against a strong economy and uncertainty in the markets – has caused that.”

Bitcoin is down 54% this year and most of the cryptocurrencies have shed weight, but the report says millenials are comfortable with the risks associated with crypto because of the strong habit of saving. She said the trend indicates "a sense of a younger generation being open to more risk in their portfolio and willing to try new things with crypto.” 40 percent of affluent compared to 23 percent non-affluent say they will take risks with their finances and 60 percent compared to 77 percent saying they are cautious with their finances.

But although they are tech-savvy, they are a stressed lot with 54% of those struggling with financial decisions saying thinking about money makes them stressed and anxious.

That trend may point out the various issues of concerns for future financial systems: according to Campbell, many believe that blockchain will improve systems' security and data security.

According to Campbell, interest in crypto will grow further in a period of two years. The debate about AI and is not far from ranging while a lot more explorations are being done on quantum computing. She says some innovation will act to leapfrog crypto with the role of quantum computing along with AI changing how we relate with financial services "even more than it has."

She also says that millenials will grow to be "smartest generation of investors" having grown with different tech platforms and them having "more experience with their own money because it’s accessible to them on their phone" which is "giving them more insight and control into their financial future.”