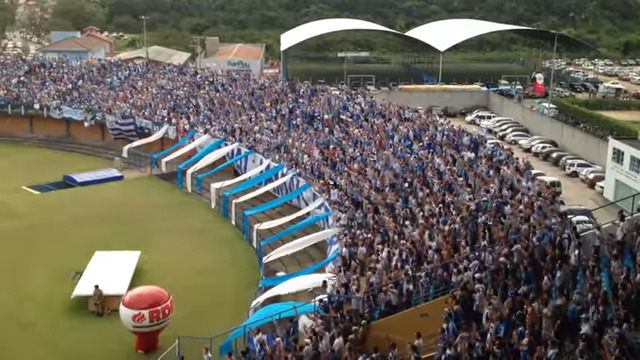 Avaí Futebol Clube, a Series B soccer team in Brazil wants to follow in the footsteps of other teams that have launched tokens to boost fan experiences by raising $20 million in an ICO targeted to start on October 3.

The tokens will be sold at the cost of $1 each meaning it will distribute 20 million tokens. However, another 7 percent or 1,540,000 AVAI Tokens will be held by the club. The minimum target amount or soft cap is $8 million at a minimum.

The initiative will also help the club's promotion effort to qualify for the top tier (Series A), boost its efforts to qualify for the prestigious Copa Libertadores competition and to build the team's monetary infrastructure and stability.

The company is working with SportyCo and Blackbridge Sports to launch the token sale that will target a global football fan base according to Avaí president Francisco José Battistotti. The partnership is developing an online ecosystem for earning and spending the AVAI token.

Fans or holders of the token will also use the cryptocurrency to buy tickets, merchandis, eand other unique experiences. It will also be traded on exchanges.

Recently, French club Paris Saint-Germain said Tuesday that it will issue a cryptocurrency targeted at improving fan engagement. With it, fans will be able to vote for decisions.

Apart from the Socios platform that is working with PSG and hopes to help other clubs to launch Fan Token Offerings and cryptocurrencies, the London Football Exchange (LFE) said earlier this year that it would launch a cryptocurrency that would help fans to take part in fan experiences hosted by different clubs. LFE went ahead and raised $71,320,000 in the ICO that ended August.

LFE said it was in discussions with over 50 clubs, including Premier League Clubs and teams throughout Europe, the United States, and Australia to onboard them on the platform to gain a number of benefits that accrue from using blockchain. For instance, the platform would help them eliminate the antiquated ticketing technology from legacy operators who charge high fees ranging from 5 to 8 percent in commissions based on the value of tickets sold. Hence blockchain-based fan tokens and platforms aligned to football interests would also help participating clubs.

It should be remembered that CashBet announced a partnership with English Premier League football club Arsenal FC before CashBet held its Initial Coin Offering (ICO) of its new cryptocurrency called CashBet coin.