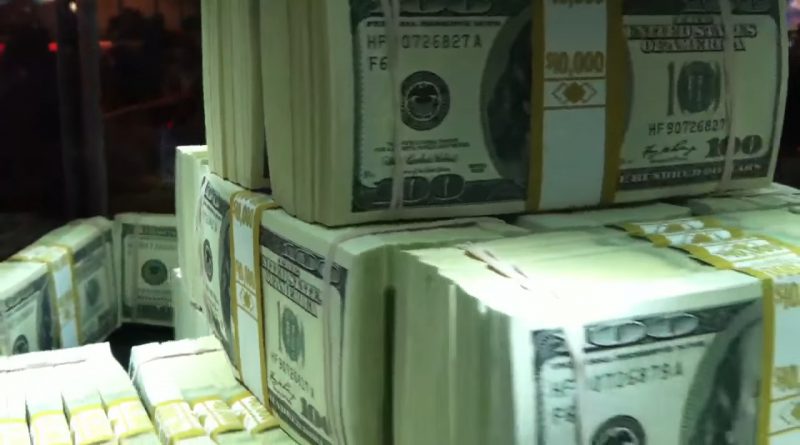 While 2017 was a year when ICO boom surpassed records, the first half of 2018 has proved that they will continue to grow in popularity as a workable, alternative form of crowdfunding. A report released last month by PWC says that about 537 ICO’s with a total volume of USD 13.7 billion closed successfully during the first 5 months of 2018. Coinschedule also reported this week that ICOs have so far raised $12 billion this year alone.

The figure is high compared to the 552 ICOs held in the entire 2017 with a combined volume of 7 billion. It is therefore certain that ICOs will hit a record this year in both numbers of ICOs and dollar volumes.

Also, during the first quarter of the year, around $6.6 billion was raised from ICOs, representing an increase of more than 65 percent from what was raised in the last quarter of 2017.

Breaking the record for the amount raised from ICOs are EOS, which raised a total of USD 4.1 billion, followed by Telegram at USD 1.7 billion. EOS ICO ended in June while that of Telegram ended in March this year. Dragon is third in ICO records having raised USD 320 million; Huobi Token follows at USD 300 million; HDAC at USD 258; Filecoin at USD 257; and Tezos at USD 232.

The report by PWC further says that a third or about 1,158 of all ever-announced ICOs (around 3′470) have closed the funding round successfully. Around 65 percent are on track to complete the funding round successfully while 20 percent are struggling with major problems. It says that many ICO projects experienced difficulties such as legal problems and teams, which delay them and make them lose momentum. A recent study revealed that about 800 coins ever launched are essentially dead and at least 20% of all ICOs have turned out to be a scam.

The U.K. and Hong Kong emerging grounds for ICOs

US, Switzerland, and Singapore were top spots for ICOs over the past months this year, with the U.K. and Hong Kong gaining significant grounds. Europe and Switzerland are also rich grounds for ICOs and the U.K. are gaining grounds. In Asia, Hong Kong is following Singapore which tops the region in terms of amount raised from ICOs.

In terms of the countries leading overall this year so far, Cayman Islands leads with USD 4,254 million raised from 10 ICOs. ICOs in the British Virgin Islands have so far raised a total of USD 2,227 million from 16 that have closed successfully this year. The country is second on listing after  Cayman Island. Both countries hosted EOS and Telegram ICOs. U.S.A, Switzerland, and Singapore were the top three countries in terms of the amount raised from ICOs in 2017.

U.S.A treats tokens as securities currently but there is still some uncertainty on protectionary regulations. SEC rules have forced more ICO projects to stop raising capital from participants in the U.S. In Switzerland, tokens are treated as assets the same as in Singapore. In regard to ICOs, Swiss Financial Market Supervisory Authority (FINMA) is tasked with reviewing ICOs and there is a focus on AML and security regulations during the evaluation process.

Growth of hybrid model of fundraising

The figures reveal that ICOs continue to crowd out traditional venture capital funding especially in technology and Blockchain-related startups. Also, the hybrid model of fundraising, which combines VC/PE (venture capital/private equity) funding and ICOs, is increasing in popularity.

The hybrid model is likely to continue being successful as projects using this model are more likely to complete ICOs successfully, according to another report by Mangrove Capital titled 'Tokenisation: Implications for the venture capital industry.' For instance, their analysis showed that ICOs that completed successfully by raising over $50 million had a 60 percent VC involvement.

For the case of hybrid models, the ICOs are mostly held with a target to grow the business further and in order to raise more funds. The founders get digital currencies as well as crowd support. Venture capital validates the seriousness of the business, crowd validates idea & market potential. While the pure ICO models are common to the tech-savvy and crypto community, the hybrid model is common with other crypto entrant businesses.

The report by PWC further says that ICOs are becoming more organized and mature as a fundraising method, with increased transparency and structured financing rounds with caps. ICOs are also avoiding to over-promote ICOs or to promote them aggressively since they find out that this trend will dilute the credibility of the project.

They are now focusing more on pre-sale phases with targeted investors. There are also interactive protocols being used to specify desired purchase quantity at each valuation through smart contracts, and this is expected to solve certainty of participation and certainty of valuation problem.

In addition, there is more transparent communication during and after ICO. Another factor that could be playing to lead to more organized ICOs is the fact that the public is gaining a further understanding as to what ICOs and cryptocurrencies are. Plus regulation could also be leading to further refining of cybersecurity, safety, privacy, and structure, among other issues by ICO teams. An example is a focus on KYC/AML investor identification.

Mangrove Capital showed in their report that ICOs are very profitable, returning around 13.2 times of what is initially invested. The report said ICOs are dominated by crypto-services and financial services and most of the projects are from companies or startups whose product innovation is reliant on blockchain. They say that if one invested €10000 in every visible ICO including the significant number of ICOs that failed, this would have delivered a +13.2x return.