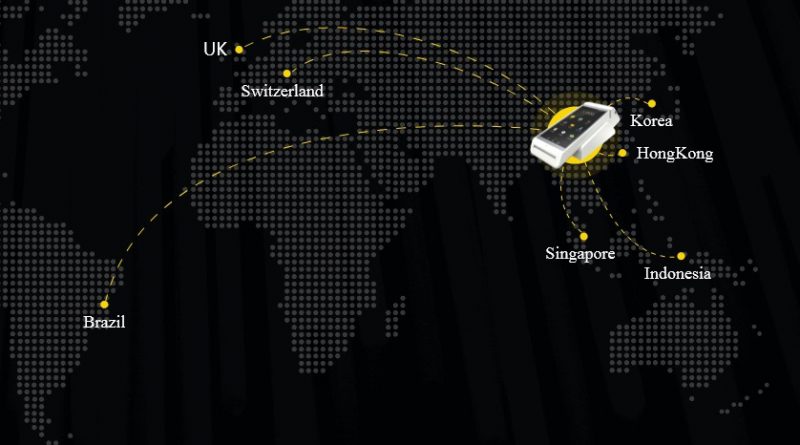 BitCapital, which is Brazil's leading and one of the largest crypto OTC service, is planning to introduce 1000 Pundi X crypto POS systems in Brazil after the announcement of the partnership of the two companies last week.

The company will distribute POS systems The payments infrastructure network being developed by BitCapital will aim at making crypto-to-fiat transactions as frictionless as possible.

Pundi X is a multi-cryptocurrency point-of-sale ("POS") solutions provider that enables stores including shops, cafes and convenience store to accept a variety of digital currencies. The company recently opened its headquarters in Brazil.

Brazil is recording a high demand for cryptocurrency and the Pundi X said the market is an ideal point of entry and the demand from merchants is validating their expansion into the region. Founder of BitCapital Ricardo Guimaraes Filho said while Brazil and Sao Paulo led in traditional finance and tech in South America, crypto was lagging "unaccountably behind" and "the answer is a crypto-friendly bank that facilitates adoption."

"There's only one game in town at the moment for easy, understandable solutions for crypto adoption and that's Pundi X," he said.

A week earlier, Pundi had also partnered with Manticora Capital in a deal that would see another 1,000 XPOS devices introduced to Colombia in the coming six months.

LATAM markets are also becoming likely candidates for cryptocurrency adoption owing to the uncertainties of local fiat currencies and the high costs of international remittance. The company uses the Pundi X token, which is the 44th largest cryptocurrency by market capitalization, and raised $35 Mln in an initial coin offering this year.

Columbia, for instance, was last year ranked as the world’s fastest growing market for OTC Bitcoin transactions and this year was one of the world's ten most active Bitcoin markets according to Forbes. Other countries recording more crypto demand in the region include Argentina and Venezuela.