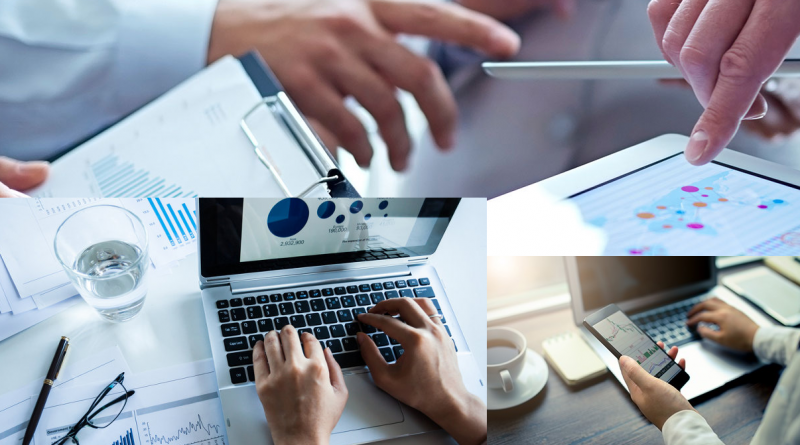 Trends can be ruthless sometimes but they are a great blessing to many people. They are unavoidable because man keeps hunting for better technologies to fulfill most pressing needs, increase efficiency, adoption, lower costs, reduce labor, or just help make more profits.

The cryptocurrency landscape is no different and is rapidly changing with almost a new trend popping up every day. Blockchain, the technology underlying cryptocurrencies is itself increasingly attracting a lot of attention with so many innovations coming up by the day. These innovations and trends are changing the way individuals and companies invest, trade and do business including in cryptocurrencies, a reason you should always be on the lookout.

Identifying the most important or dominant or just upcoming trends and innovations will help to direct your money and trades where it matters. It can be a real hedge.

Cross-industry collaborations are getting more proactive

Blockchain collaborations are becoming inevitable as companies try to expand their projects with more product and service offerings, attract more users, and in order to contain high competition. And while most of these collaborations have been reactive to deal with issues already realized, companies are also getting more proactive to deal with future possibilities including challenges and opportunities of blockchain and cryptocurrencies.

Cross-industry collaborations and acquisitions take place between companies that are looking to offer new products and services in a certain field where say a crypto firm may not be originally in. An example is a crypto firm collaborating with banking institutions to offer faster and cheaper cross-border transactions to clients as we have seen.

There already is a good number of mobile apps that can help you track your portfolio on-the-go and even trade Bitcoin and other cryptocurrencies. They pack modern features such as being able to set stop orders, etc. So you do not have to be hooked on your desktop to do all that.

Not to forget that despite the latest wave of the addition of mobile apps and mobile tech, there is still limited usability of cryptocurrencies on mobile devices.

Not just in the area of mobile apps but also on the gadget side: for instance, there are upcoming blockchain-based mobile phones. Sirin Labs already revealed the first blockchain-powered phone this month ahead of launch. The $999 device features a second display devoted to cryptocurrency transactions. The 2in Safe Screen slides from the rear of the device and has a firmware to provide more certainty about where the transaction is taking place.

Exodus is HTC's blockchain phone that's coming later this year and both would see a native phone dedicated to blockchain and able to carry out transactions.

New token platforms are emerging on a daily basis

Most common of the token platforms is Ethereum, an ecosystem of ERC20 tokens, which has found the best usability among many project founders and developers. Ethereum is still the best, in many ways, for anyone willing to launch a token today. For instance, how wide a platform is adopted will ultimately affect the token prices and market cap rankings of projects.

However, some other emerging platforms include NEO, EOS, Tron that also aim to compete with Ethereum.

Testnets being done before ICOs

A study done recently by PWC indicated that ICOs are becoming more mature by focusing more on pre-sale phases with targeted investors. For instance, most are able to launch with a real product. Part of the proofs-of-concept/technical milestones a cryptocurrency project needs to do in order to raise more funds from as many investors as possible is to release a testnet besides the mainnet before the ICO. Traditionally, testnets came after ICO for many projects.

High competition and the fact that investors are also more informed means ICOs require to prove their products will work in order to gain more trust from token buyers when the project is announced. In addition to that, there is more transparent communication during and after ICO. Many are also now using interactive protocols to specify desired purchase quantity at each valuation through smart contracts, and this is expected to solve certainty of participation and certainty of valuation problem according to the study.

A lot has happened with Bitcoin since last year as more projects came up wanting to improve transaction speed, make it more scalable and lower transaction fees. These are still major pressing issues for the crypto community and traders/investors follow them keenly.

Major changes are also on the way for Ethereum as it seeks to move from Proof-of-Work to Proof-of-Stake in addition to working on extendability of projects. The benefits are immense for project participants including reduced risks and fees.

These issues are also necessary for any investor because will most certainly influence the projects in the future.

More regulation on the way

Crypto regulation is also emerging in many parts of the world especially since last year, in relation to ICOs, cryptocurrency trading, cryptocurrency mining and other activities relating to cryptocurrencies. These will obviously affect traders even as they invest and trade various tokens and use various platforms.

Regulation is being taken both positively and negatively depending on who and where you are. Some platforms and exchanges, for instance, have already voiced open support for regulation in the token economy while others feel that it will make it difficult for them to participate. The effects may also depend on where you are located sometimes and there could be restrictions to invest in this or that project. Whatever. For instance, many ICO projects do state clearly locations from where investors cannot participate.

In addition to the ban of ICOs and cryptocurrencies in various countries, some of the commonly emerging areas of regulation include the AML and KYC requirements that are becoming industry standards. Apart from this, there are concerns about which or when coins should be treated as securities/commodities/assets for purposes of regulation and taxation.

Decentralization is a big issue for modern cryptocurrency projects including mining undertakings and token supply. Most projects want to make their tokens and platforms more decentralized in order to bring a lot more egalitarianism to cryptocurrency and to make it possible for more people to participate (doe instance mine and earn tokens) and to use tokens. The issue would be whether a project offers any benefits/incentives of decentralization to you as a user and whether it is really decentralized or not.

This trend could also lead to long-term price stabilization. Decentralization is also helping boost peer-to-peer trading and cryptocurrency transactions. Through this, cryptocurrency projects are likely to see long-term adoption.

A high rate of project failure

While there has been a high number of ICO projects and startups, many are actually coming up. PWC recently reported that ICOs have raised a total of USD 13.7 billion during the first 5 months of 2018 compared to 7 billion raised in the entire 2017. Nearly $6.6 billion was raised from ICOs, representing an increase of more than 65 percent from what was raised in the last quarter of 2017. But for every ICO project launched, there is a challenge to stay because of competition and pressure to fulfill expectations.

Many are finding it impossible to meet the desired or promised technical milestones or receive widespread support and are therefore exiting the space. The study by PWC found out that about 800 coins ever launched are essentially dead.

Part of the many projects launching is the many projects that are actually scams, with the study finding out that and at least 20% of all ICOs ever launched have turned out to be scams although the number of scams is reducing. This means it is time for people willing to put their money into these projects to make wise decisions and with a a degree of caution.

Although an Amazon, Facebook or Google cryptocurrency may not be something to see in the near future, we have already seen Telegram and Kodak launch ICOs. Telegram's ICO is even one of the broken recording ICO of the recent past raising more than 1.7 billion U.S. dollars. It is likely that more of these types of companies will launch their tokens too.

Many other companies or platforms such as Robinhood popular for stock trading have also launched services that allow people to trade on cryptocurrencies.

The Co-founder of the Altcoin, Cardano (ADA) Charles Hoskinson, said on July 20 that Wall Street would bring “tens of trillions of dollars” in cryptocurrencies adding that future was bright. To an investor in these ICOs or a token buyer with purposes of speculation, it could mean a bright future too.

The assumption that strict regulation could constrict the space and make it unwelcoming for investments is a wrong notion. Besides, regulation is developing differently in different regions and countries and some countries have very huge incentives for blockchain and cryptocurrency companies. This means a bright future and certainties for cryptocurrencies.

We have also, since end last year, seen a lot more funds targeted at cryptocurrencies and futures that allow people more exposure to crypto investments. For instance, there are so many venture capitalists who now raise funds to target crypto investments.

And although venture capitalists have not been popular in investing in cryptocurrency projects, more are recent, with almost every top-tier fund pondering to launch a crypto fund. This involves them raising a separate pool of capital dedicated to investing in crypto projects including startups, in existing currencies, and in initial coin offerings.

Besides, a number of platforms now offer futures and CFD trading that allow people to hedge on cryptocurrencies and bet on crypto assets regardless of whether the price is falling or rising. Since the launch of the first Bitcoin futures in December 2017, these futures have reported lots of success with the Average Daily Volume (ADV) growing by 93 percent during the second quarter of 2018 while the rate of open interest (OI) expanded by 58 percent. This is indicative of increasing interest in these products.

These funds have also helped more investors come on-board cryptocurrency markets although their effects are not necessarily entirely positive. For an investor or someone trading cryptocurrency, it is time to widen thinking and look for more options of reducing risks and netting more profits whichever direction the prices take.