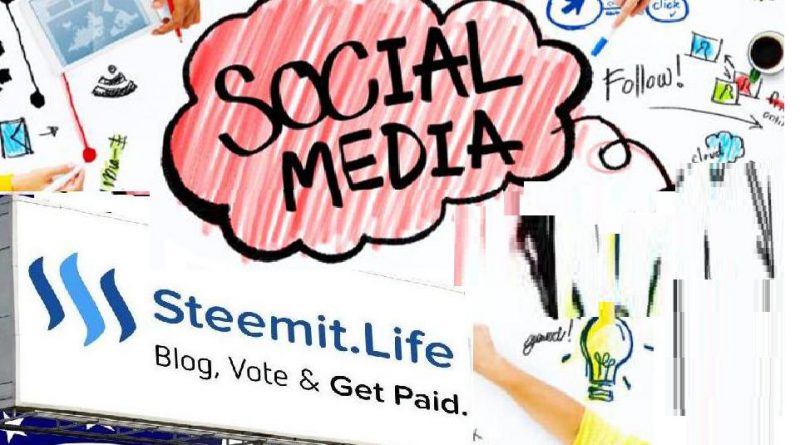 Steem cryptocurrency is owned and run by Steemit, a platform that launched in March 2016 with the intention of monetizing social media activity on the blockchain database. Steemit is basically a blogging platform that pays people whenever they post, upvote and comment on the content. You earn Steem and can also trade the earnings with other people.

The platform was founded by Daniel Larimer, founder of BitShares, and Ned Scott, a former financial analyst. It is currently in beta.

Steemit is completely free to use; all you have to do is avail your time and get free crypto money. Steemit has recorded a half a million unique monthly visitors as of August 2017. On July this year, it recorded the highest number of newly registered user accounts on a single day (4000 accounts).

Steemit is more than just a website: it is blockchain-built using Graphene technology, which allows for the deployment of application-specific blockchains.

In July last year, the platform paid about $1.3 million worth Steem dollars to those who had been participating. The amount had accumulated on the platform. However, the rewards pool now distributes in a continuous manner.

The base currency on the network is Steem tokens, which can be traded and transferred by users. Steem can either be put into Steem Power or Steem Dollars smart contracts depending on what the user likes. We talked about voting up content already. Those with more Steem Power contracts have more powerful votes. Remember you get rewarded whenever someone votes your content so you get the idea.

It takes 104 weekly conversions to convert Power back to Steem. Those having Steem Dollar are promised to get $1 worth of Steem in the future so it works like a debt-like instrument. The conversion process would take seven days so that it is not possible to convert it immediately and take advantage of the price difference in order to earn more than the $1 worth of the smart contract. However, holders of Steem Dollars are paid some interest to compensate on their being locked out of any price increases on Steem.

For those intending to earn Steem by writing and posting blogs, the compensation depends on the number of votes the post attracts and the amount of Steem Power the voter has. Many writers on the platform, therefore, seek to convince those with more Steem Power to vote their content up so there is some sought of whale-chasing culture to cope up with.

Curators also get paid more Steep Power when a post does well than when it does not. The strength of your votes decreases if you vote on multiple pieces of content on a single account depending on how long the stay is between the votes. This discourages voting for the same account all the time.

The system uses a proof-of-stake where the security increases with the increase in the amount of currency held by a wider variety of people. In other words, the security is reliant on other people (called witnesses) verifying transactions as they vote for others. Creating and signing of blocks of transactions is in the hands of 21 witnesses whenever a block is made. The first 19 are voted and the 20th witness is a miner.

The fact that Steemit tags the social activity of commenting, contributing blogs and voting up stories, with monetary rewards, means it has real demand. People can actually get free money on the platform by participating in this social activity because Steem dollars can be redeemed with real-world currency.

It is clear to see that the future of Steemit depends on the number of people using it and how valuable the platform and network will become in the future for real-world applications. It is also clear that blogging, content consumption and social media is helping companies to advertise their businesses and brand, meaning it has real demand in the world out there. It is almost not possible that all people would stop using social media, blogging and content consumption in the near future. If, for instance, you look at the numbers, many companies are into blogging than ever.

The catch is whether Steemit will continue to grow to become a platform for many. Currently, the platform is on its beta stage and there is no doubt that it would need to attract millions of users beyond the half a million unique monthly visitors to gain more popularity. But it has real potential.

The amount of compensation is also something to look at when considering if or not more people will join the network.

Another factor that will determine the success of Steem crypto is whether it will be accepted by other platforms such that people can pay for other goods and services using Steem dollars. So far, that has been critical in the success of Bitcoin and other cryptos.

For now, there is a limit: Steem tokens are locked up in Steem Power for so long. It takes three months to turn Power into tokens in order to sell them or trade. In a way, that could be one reason that makes its price stable and looks attractive to investors.