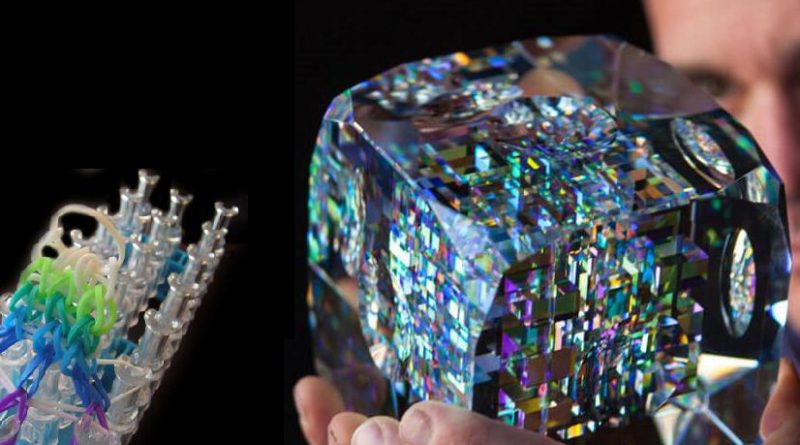 Bitcoin paved the way for the formation of more cryptocurrencies and still leads the way in terms of prices, trust, adoption and market cap. However, there are now many options for anyone looking the cryptocurrency way.

Here are top 6 most innovative cryptocurrencies to consider:

Ethereum came at a time when people in cryptocurrency scenes needed an alternative to, diversification from and options to Bitcoin and has not disappointed yet.

Using the Ethereum Virtual Machine (EVM), people can create and run decentralized apps (dapps) and has so far supported many -- from social networks to financial dapps to governance tools to online voting tools.

It's blockchain-based turing-complete scripting language can run “smart contracts” -- decentralized, self-executing agreements coded into the blockchain itself -- across all nodes and achieve consensus trustlessly.

On it, users can “codify, decentralize, secure and trade just about anything.” It is the second biggest cryptocurrency on the market today.

IOTA, the Internet-of-Things equivalent on blockchain, brands itself as the next generation cryptocurrency. It opens new opportunities for businesses to business models to allow sharing, connecting and trading of technology resources in the open market in real time and with no fees.

Its autonomous scalable Machine Economy blockless distributed ledger Tangle can settle transactions with zero fees. It can store data from sensors and dataloggers securely and verified on the ledger. It enables micro and even nano-transactions.

While Ethereum and other chains have been struggling with scalability, IOTA promises to scale without limits. Nimiq is world's first open source and fully decentralized browser-based blockchain payment protocol. With it, users can use website to synchronize with the blockchain network, validate a blockchain, query account balances and create and send transactions.

This makes things much simpler for cryptocurrency developers, merchants and general users. Developers can use clients over browsers to develop related applications over the blockchain.

Users can do peer-to-peer payments or send money to merchants over the browser using web-based nodes. This eliminates the need to download massive blockchain data and complicated node onto their computers and mobile devices.

Monero is optimized for CPUs instead of GPUs and thus easier for amateur miners to get involved without needing loads of electricity and expensive hardware. It markets itself as a secure, private, and untraceable cryptocurrency that is accessible to all. It obfuscate the origins, amounts, and destinations of all transactions using ring signatures, ring confidential transactions, and stealth addresses.

Ripple open-source payment system connects banks, payment providers, digital asset exchanges, businesses and corporates via RippleNet so that users can send money globally and pay across network, instantly and frictionlessly. Ripple has even been adopted by a number of banking institutions. NXT uses Proof of Stake protocol, meaning no incredible amount of computational power is needed to generate blocks or confirm transactions. NXT uses an algorith based on the amount of coins in the network in competing for network rewards. Everyone with a wallet can participate. Its creators call it cryptoplatform. The platform can support creation of an infinite number of third-party applications.

Steem is a social networking project that allows creation and sharing on a blockchain-based social media platform called Steemit.

One can earn the cryptocurrency simply by creating and sharing content and the coin can also be exchanged or traded.

Storj want to decentralize cloud storage. With it, users can make money by renting out space on their hard drives and so the cryptocurrency creates incentive and a demand for its users.

Maidsafe brands itself as "decentralized internet" and aims at decentralizing the internet where users can rent out their hard drive space -- hence promoting decentralized storage -- and also share data connections thus removing need for centralized ISPs to facilitate those connections.

Nexus is just one of the innovations seeking to decentralize social media activity and secure social platforms. Like Synereo -- another blockchain-based social media -- users can earn by creating and sharing content and they control -- or choose who to share their data and information with, since it is decentralized.

It is also one of the many blockchain-based innovations that come with a marketplace, allowing users to buy and sell in the marketplace, purchasing ad space among other uses.

Divi comes on this list for its innovative masternodes. Msternodes are good investment options for crypto enthusiasts as explained in this article.

Although Dash, Crown Coin, Monetary Unit Masternode (MUE) and PIVX, ExScudo, Bitsend, Transfer, Bata, NEM, Exclusive coin and Diamond are using masternodes, Divi brings in the idea of tiered masternodes where participants can choose five levels for which to participate and earn with a masternode depending on the amount of coin in their wallets.

Besides, Divi masternodes are a one-click install, making it easy, quick to install and run and eliminating the need for high-level coding and complicated technical set ups. Therefore, masternodes are also for ordinary people -- no longer are they too complicated to be left for only developers and those with high tech skills.

Divi also adds in other features such as a decentralized peer-to-peer marketplace, and website extensions for merchants.