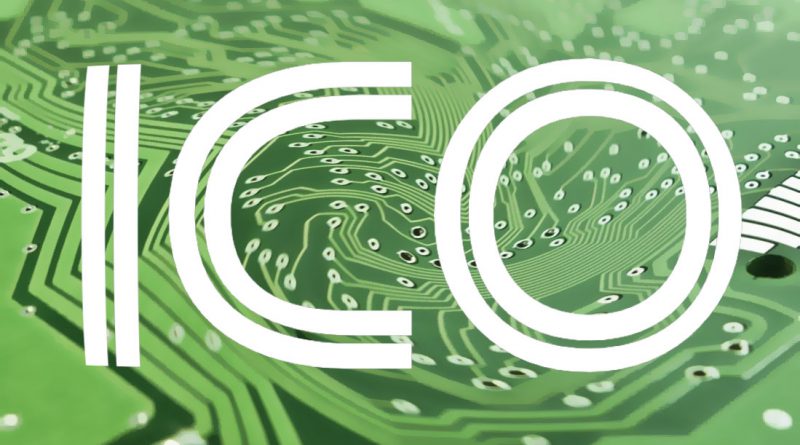 An Initial Coin Offering (ICO) is very similar to the Initial Public Offering (IPO) in the stock exchange. In ICO we have a new coin that aims to raise capital to take off and it does this by offering their coins/tokens, usually in a set of tiered prices to encourage people to buy early.

The investors have a look at the model of the coin and what they have achieved and look into their White Paper details. If they like what they see they invest in the coin, often with an Ethereum smart contract. While there are certainly some scams around the crypto world when it comes to initial coin offerings, it's no doubt a great early investment if you find the right coin to invest in. Many people buy large amounts in the first tier, often at 30% discount, then try to sell them at the market price a few weeks later for an instant 30% profit. This can lead to price crashes if too many people do this and there aren't enough buyers. Other ICOs have been known to double, triple, or quadruple in value within a few days of the ICO's end, especially when it has sold out, and the idea gets enough hype.

There's almost a ridiculous number of ICOs these days with a new one announced almost every day. Many of them are raising $10 million or more with barely anything but an idea. This is fueled by Chinese investors who are looking for something to do with their Bitcoins they're mining (80-90% of bitcoins are now mined in China.) So they seem to invest in any ICO with a pretty website.

Many ICOs have taken to translating everything in Chinese to make sure their idea is understood. It probably helps that culturally, Chinese people love gambling, which is illegal in China except in Macao. And many ICOs are raising obscene amounts of cash, even the ideas that are widely considered to be terrible or impossible, such as Bancor.

Ethereum "smart contracts" are automatic contracts that ensure payment directly from the parent account, converts it into Ether for the coin’s backers and gives them their tokens in exchange. Nowadays most ICOs are using the Ethereum smart contracts because there's a lot of support for this system and they're generally considered to be very secure. These types of ICOs require payment in Ether, which means everyone who participates needs to buy it to be able to contribute it to the crowdsale. The way it works is that you simply transfer the Ether to their address, and the tokens are sent right back to your wallet. They can be traded immediately using EtherDelta (which is notoriously difficult to use) or you can wait for other exchanges to offer it. These tokens are usually "ERC20 Standard Tokens" and although they can be traded, they are often temporary. The idea is that the company who issued them is going to use your money to build their own blockchain and will exchange these ERC20 tokens later once they're ready. In some cases, you can keep both and they both may have some value. The exchange isn't always one-to-one. For example, the recent Nimiq token sale created a temporary token "NET" in which you need 10 of them to exchange for one NIMIQ token later once they release their MainNet.

Ethereum itself took off after a successful ICO. The second largest cryptocurrency in the world and smart contracts service was the subject of a successful $18 million ICO campaign and it was essentially the first ever ICO that took place and the term was invented at that time. Since then, there have been hundreds of ICO campaigns, some successful, some not so and some pure scams. Other popular and successful ICOs include The Golem Project that raised over $8.6 million in a matter of minutes, LISK that raised more than 101,000 bitcoin and WAVES that raised more than $16 million in coins.

How to Analyze an ICO's Value

If you want to invest in an ICO, there are various ways to analyze it. Such as:

: They'll usually have a detailed description of their idea and their technology.

Cryptocurrencies, at this early stage, are more about psychology than technology. Even if the idea is terrible and may never work, by a team that has no experience, their coin may go up in value if their marketing is good. You can buy early and sell at a big profit within a short time. It's really a form of gambling more than anything. A good word of advice is never invest more than you can stand to lose.

Be careful, the ICO phenomenon is certainly a bubble like the "dot bomb." Everyone knows it, but everyone believes we're nowhere near the end of it. At some point, these bigger ICOs with huge dreams will run out of money and produce nothing of real value despite all their hype. After a few of these, the ICO party will be over. Also, the

Investopedia.com/terms/i/initial-coin-offering-ico.asp - ICO Definition
Icoalert.com - ICO Alerts. Check this page to find out about the latest ICOs
C.com/ico-calendar - Coin Telegraph's ICO Calendar
F.com/sites/jonathanchester/2017/08/16/your-guide-on-how-to-run-an-ico-for-better-or-worse - Forbes Guide on how to run an ICO