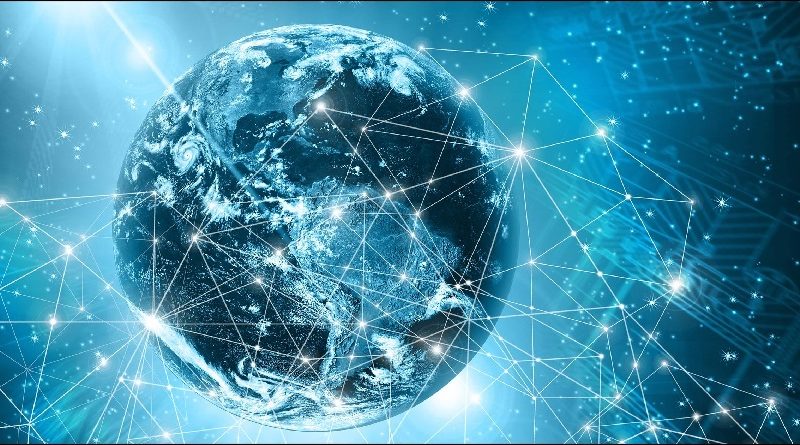 Internet has been hailed as one of the best innovations of our time, but that's because of the growing importance people and organization have placed on data and information. Thus the Internet has provided freedom of speech and information creation, publishing and distribution more than ever before, but also created an entire economy majorly dependent on and defined and controlled by anyone able to own and control data and information. "Control" being not necessarily a bad thing, but which also means anyone -- company, governments, etc going to extremes to harvest, control and distribute data to their own advantage (at cost of others) regardless of claim -- whether security, business etc. It creates unfair situation and advantage to those with over those without capability and resources to do so. Its turning to be one of the largest inequalities of our time.

But the internet wasn't originally developed with privacy concerns in mind: at the end of the day the extensive harvesting, monitoring, controlling and distribution of data and information has led to massive violations of privacy and desperate moves by large entities and governments to obtaining and controlling data has fanned the flames of hacking practice and all sorts of data and information control you could imagine of. These acts affect individuals, organizations and governments equally.

In deed, while internet begun as a sort of decentralized system, centralization afterwards began with the commercialization of Internet. Now data and information from web regardless of how it is acquired, is used for all sort of reasons; crime as much as it is for security reasons, business as much as for social, power as much as for democracy etc. Criminals, companies, governments and business and non-business organization are all in and now know personal and non-personal data is crucial for their success and they know where and how to get it easily, quickly and cheaply.

About the idea of centralized control: while the internet is not 100% centralized and controlled by a single company or entity or person, data access is mostly served from a few large physical servers operated by a few large multinationals. The idea of centralization and decentralized also comes in in the way that data is stored once collected a centralized server system: while different servers serve the internet, their networks aren't distributed meaning data storage and serving is on and from centralized servers no matter how many they would be across the world. Hence a distinction is made between decentralized and distributed.

The problem with centralization of servers and data is not only that data and easily be violated but that there also would be service outages if one server for instance went down. Consider outages during events and disasters like war and extensive weather-related storms. The availability of the service would depend on the owner. Privacy is a huge concern for data on servers for instance in case the one or a few companies controlling storage decides either to delete it, edit it, distribute it without owner's permission, or deny access to it.

The other issue is that there is low transparency in centralized and decentralized systems, in addition to scalability and interoperable problems. With centralization, even the high possibility of successful distribution of fake and misleading information by large firms, has become a concern now and is understood far more clearly.

The same case applies for decentralized systems that contain multiple central servers and controllers/owners. They can be as vulnerable as centralized ones in regard to data privacy violations, outages and access restrictions.

How can blockchain help

A distributed system is one that does not have a single central point of control: all users have equal access to data. They can share ownership of data and resources are stored and allocated between users, which could improve performance. Ideally, users in such a system would store own data on their local machines and determine when and how to share it. Such a system would be entirely extremely scalable and transparent. Thus peer to peer inter-connectivity has become more than important when it comes to the talk about distributed internet.

Blockchain facilitates a distributed system. That's without mentioning that all data is encrypted using cryptography and making it harder to crack by hackers and those willing to access it illegally.

The InterPlanetary File System (IPFS) is an open-source distributed file storage system that uses blockchain to facilitate the storage and managing of internet data by spreading it to connected nodes or the internet users to make it resilient against attacks and also against censor-ship. The system seeks to replace the storing of internet data on centralized server or the classic server-client architecture of the legacy internet. IPFS system functions like a P2P network (like BitTorrent) with the requestor of a file becoming an additional host. The system uses IPNS naming structure to replace the DNS system in the legacy system. The stored data is represented on blockchain as a cryptographic hash and linked to the IPNS naming structure.

While the internet is dominated by the client-server network communication protocol (communication protocol defines how information is exchanged between nodes), the Interplanetary File System (IPFS) uses the peer-to-peer network protocol for file sharing. With distributed hash tables that store information as key/value pairs and the data is spread across network of computers, connected nodes do not require central coordination and can function reliably even when nodes fail or leave the network and DHTs can scale to accommodate millions of nodes. Filecoin, a p2p storage marketplace built on IPFS. With Filecoin, a distributed network is built with nodes paid for their storage and bandwidth using Filecoin cryptocurrency. The files are available to all people all the time.

With client-server network protocols (which are based on centralized and decentralized system of file storage and distributed), it means data is stored in centralized servers and accessed by location-based addressing making it easy to distribute, manage, secure and scale capacity of servers and clients. However, it means the data is accessible, can be altered, and removed by any party that accesses and controls servers.

IPFS is turning into a preferred storage platform for dApps.

Another advantage of using IPFS is better user experience. In legacy internet, if a user tries to browse and download popular content using the typical client-server model. Network congestion usually occurs if the network bandwidth is exhausted. This would result in poor user experience due to larger latencies. With IPFS, content is delivered from closest peers that have the copy of the content requested and this removes single-node pressure and improves user experience. It also allows for continuous and smooth browsing of the content even when the owner is not available online. For publishers, IPFS reduces bandwidth requirement for hosting content and thus they can pay small reward to store the content.

Currently, it is now possible to host files and websites on the IPFS and point them to an easy standard domain name for instance through Cloudflare gateway.

IPFS is part of other web 3.0 projects such as Libp2p, Ethereum, Zero-knowledge Proofs, DeFi, CryptoEconomics, IPLD, and Multiformats. Web 3.0 is an Internet under development, and which will be free from the rampant fraud and identity theft.

Having a VPN and Tor Network are very important for internet privacy and security. Now, for the benefit of internet users, it is possible to combine blockchain and VPN for instance with Orchid network, conventional VPN providers can sell their excess bandwidth to users by becoming part of a decentralized P2P privacy network. The app launched last year and includes five initial bandwidth partners. Users can fund their accounts to access privacy network on a pay-as-you-go basis using Orchid's token OXT. To participate in the network, bandwidth providers need to maintain a deposit of OXT cryptocurrency. This means user-privacy is maintained via a self-policing monetary penalty system.

This could mean publishers avoiding expensive VPN subscriptions. Besides, companies could avoid addons that are required to maintain email and service privacy or addons and services to protect their services and products and websites from attacks of all kinds since legacy internet hasn't built-in encryption systems.

Blockchain internet will mean easier and faster and more secure online-based business and would unlock new data and information economies around peer-to-peer transfer of assets and information. Through cryptocurrency and digital assets on blockchain, complicated and time-consuming process of asset management could become a thing of the past. We could also see streamlining of products like private and public stock trading, loans, and bonds with a transparent record that does not have the ambiguity for consumers. It could eliminate costly checks and balances for banks.