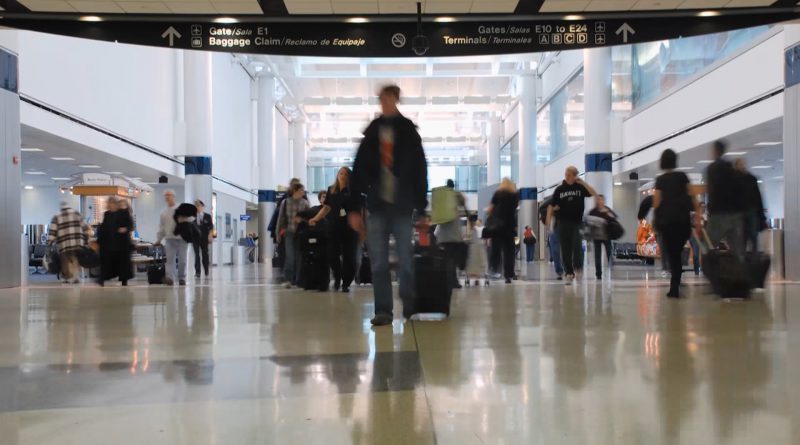 Sovrin is a protocol and token for self-sovereign identity and decentralized trust. It is a blockchain owned and run by the Sovrin Foundation, whose intention is to implement ideologies of self-sovereign identity (SSI), whose idea is a state in which people owns and controls digital information that identifies them and chooses when and when not to share it without relying on a third party such as online social networks, businesses or governments.

Already, there is a growing number of startups that are dealing with the issue of decentralized digital identity platforms that allow users to not only own and control personal data but also to control how it is shared.

Blockchain platforms such as Sovrin contemplate digital identity that is permanent, portable, private and completely secure.

Sovrin is thought to be the world's first public-permissioned blockchain. The platform is looking at a problem where people have to deal with so many siloed systems that handle their personal information and hence the personal data and information is being replicated and sold and shared all across the internet without user's consent and permission and this also comes with lots of compromised privacy and security.

Using the platform, a user is able to have a sovereign identity they can use to represent variety of things as diverse as airline tickets or driver's license. Having a digital identity that can be used across platforms and devices will lower cost of transaction, and recording it on the blockchain will help to secure personal information and limit opportunity for cybercrime. The idea is also to simplify identity challenges where identity held about an individual may differ or varies from one organization to another. Once stored on blockchain, this identity is hard for third parties to access and tamper with.

Besides, it can help governments and organization to reduce fraud and facilitate provision of IoT services.

The platform implements verifiable digital identities or digital identifiers called Decentralized Identifiers (DIDs), which are used in a pairwise and pseudonymous. In this case, each relationship is given a new, opaque DID that points to certain DID Documents containing public keys and service endpoints and are thus the means of locating the place the identifier can be used and providing the keys to use it.

Individuals can issue Verifiable Claims or credentials in the format and content they like, and other users can accept the credentials they deem fit for their purpose. These credentials say who the owners are about (using a DID), and who issued them (using a DID). They are packaged in a way that makes them tamper-evident and can be verified by anyone without need for technical integration to or a business arrangement with the issuer.

It uses Zero Knowledge Proofs where a person is able to prove things about themselves based on verifiable claims without having to reveal the claim itself. Thus it limits the amount of data a person gives out about themselves. An example is a ZKP that reveals that the holder is over 18 but does not say what age they are or their year of birth. The ZKP also proves that the claim is about the identity owner without revealing the identifier that the claim issuer has for the person.

The claims will be held and processed by software agents on the architecture. These agents can also carry out identity transactions on the behalf of the identity owner. The agents interoperate directly with each other as peers.

The first problem Sovrin hopes to solve is that of Proximity or the Proximity Problem where digital identity is distributed across multiple identity silos around the internet. The second problem is the scale problem where a few or a number of hubs are relied on to do identification of persons or to provide identity information about people. So we have Facebook or Google and the likes. However, first, not everyone will be part of the various social login systems and many companies fear to give up personal data to other firms.

The third problem is that of flexibility where the many "identity solutions" are limited by fixed schema or attribute sets and many may not be willing to cover more data sets. For instance, GOV.UK Verify is a universal identity assurance system for UK citizens but has a limited data set and may not be willing to expand.

To solve these problems, the platform or architecture seeks to discourage correlation, minimize disclosure, and promote security. Decentralization makes sure these benefits are availed to all people.