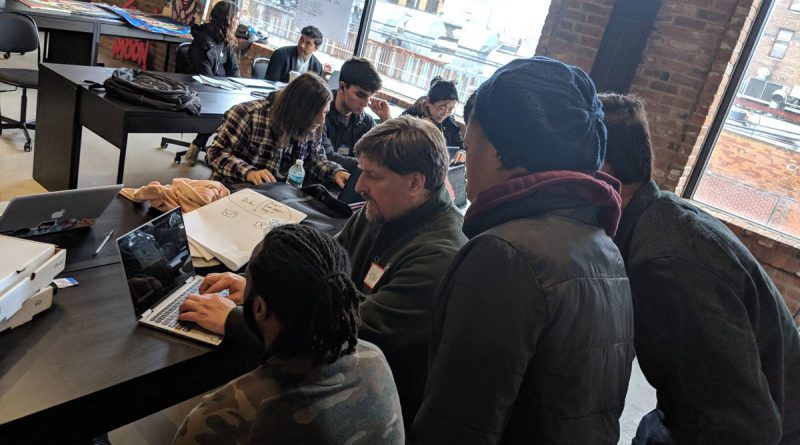 (Image: Participants in one of the recent Holochain's hackathon)

WWW and current internet protocol has worked pretty fine so to speak: even hosting works fine because it rids off anyone from hosting their content, which is pretty hard: the machines should require to run on a 24/7 basis to serve content, spares people of the massive costs involved in the special technology and hosting processes, and well, many people would better be doing many other things while outsourcing a host. Plus, there is a lot of content with all sorts of diversity to enjoy on the centralized web.

But there is always the bad side of a central server: connecting to these "unknown" central servers, for instance, led to server farms strip-mining people's personal data. So you can think about your providing freely of your economic status, political views, relationships, hobbies, proclivities, interests, likes, dislikes, personality traits, education level, age, gender preference, location history...online in exchange for a promise to freely socially connect to like-minded others.

It does work pretty fine for many, but your data definitely becomes the product. This happens not just for free but also for paid services so buying a service is usually not a way out of the trouble. There just isn't guarantee for privacy and security of data. For instance, having an own non-dynamic IP could compromise online anonymity plus connecting with older tech and devices means hackers could take advantage and exploit systems.

That's in addition to the ad-based fraud and several reported privacy and security breaches, most of which are carried out and hidden under the "need for public security" tag. Usually, although there is a legitimate case for online criminality, the topic is blown out of proportion for purposes of exploiting personal data and information for the benefit of a few. So in sort of a Satoshi Nakamoto's view: it is may not be a fair world yet but hope is not lost.

And with the increasing focus on a number of issues such as how social media and other social tools have actually been used to influence elections results in many countries, or say how exploiting social media data and information is being used by some jurisdictions/governments to take advantage of other jurisdictions, etc etc; the topic on what we can do to restore security and privacy on the internet is as hot.

For many, restoring privacy on the internet is as impossible as it is to end corruption culture in some third world as would be the view held by the beneficiaries of corruption. Sometimes, it is just simpler for beneficiaries to see the "good side" of things and retort change at whatever cost.

So Holochain and many other similar blockchain platforms are thinking differently coming from that background: scalable distributed computer-to-computer networking. To use blockchain in developing a system of distributed networks of home computers and smartphones, on a peer-to-peer, give-and-take basis, all without central servers, ledgers, or the middlemen. That's what's called distributed hosting and serving where the separate computers serve as hosts to the content that they want to serve to the connected computers.

Meet Holochain, a protocol for encrypted computer communications which, by design, is a system that enables computer-to-computer communications. For starters, currently, when you hook to the internet, your computer doesn't directly talk to the other computer owned by the guy who owns or generated the content you want to browse. It has to send queries to the server first where the content is hosted.

The team raised capital in an ICO held last year and then released a beta version of holochain and a developer preview pre-release for the API was released this October. They are currently holding hackathons in different cities around the world to encourage building dApps on the platform, recruiting developers to create decentralized peer-to-peer apps.

These apps will be in different areas including governance and collaboration; social media, social network, sand vendor links; sharing economy and platform coops apps; supply chain wins and social communities. Individuals or entities can currently build applications on JavaScript or Lisp for the platform.

Holochain will work like a platform that allows the development of dApps or decentralized applications that allow peer-to-peer information exchange. Whether you are talking about a decentralized social network application or a financial dApp. It hopes to use but extend the blockchain by removing limitations. The team has looked into the many problems of blockchain networks such as the requirement of having to download and run a node on your computer to use the decentralized services and the fact that blockchain does not scale.

As a result, Holochain transactions are tens of thousands of times cheaper and more efficient, in computational and energy terms, than Blockchain transactions. It will provide core services to applications such as customizable UI, the Holochain DPKI app that manages keys and identities across holochain apps, Holo platform that serves crypto apps to normal web browsers, API bridges between crypto apps, and capacity to migrate data when updating distributed apps.

In its being a decentralized website technology, it will join a recent initiative by Cloudflare to implement an IPFS Gateway to support distributed web hosting and serving.

IPFS is basically a peer-to-peer file system comprising of a network of thousands of computers around the world, with each computer storing network on behalf of the network. With IPFS, anyone can sign up to cache and serve content for free to web users instead of web users relying on the being served only by hosting providers as it is currently.