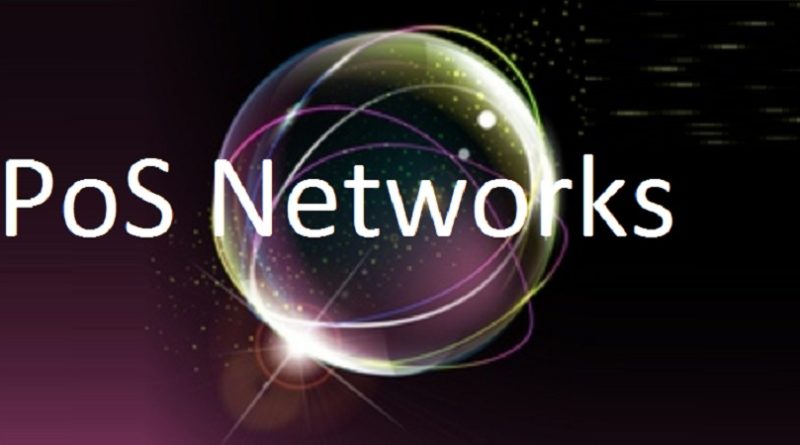 Staking of cryptocurrencies is a process which involves holders of an asset participating in the verifying of blockchain transactions and in governance through voting, delegation and other forms of governance. It does not work for Bitcoin and other PoW cryptocurrencies, but only for PoS.

Staking projects are now commonplace with the rate of increase of the amount locked in staking project now being on an uptrend especially this year, with , Algorand, Tezos, Cosmos, and Dash leading the charge. Other projects following in the top include Vsystems, NEM, TRON, Decreed, LISK, Ontology and Waves in that order.

For a user to become a validator in staking networks, they may require meeting some hardware requirements and token holding requirements. Their computer also needs to be online 24/7 in order to stake and win those rewards.

For some who are interested in staking, meeting the computer equipment, connectivity and other requirements may not be possible and in many cases people who want to stake will not have the time and effort to spend to maintain a machine or network equipment so staking. Some may also not be able to meet the token holding requirements which may make many to look for third parties to run nodes for them in order to make some profits.

Binance just launched a dedicated cryptocurrency staking platform this week, on which customers can deposit tokens to earn some staking rewards without having to set their own nodes.

Like with OKEx, Binance offers staking in which a customer simply deposits or buys the token on the exchange and then to launch staking right from their accounts. Additionally, like in any other staking platform/cryptocurrency exchange, participants earn rewards based on the amount of cryptocurrency worth they are depositing to their staking wallets.

OKEXPool includes staking and PoW mining meaning those without machines to mine can earn passive rewards from staking. Currently it supports staking for EOS, IOST and VSYS with more coming. A customer who wants to stake these coins will basically need to buy EOS and IOST or other stake-able currency on the exchange or basically to deposit these crypto or tokens and click the staking button from where you input the amount and the staking period you want to have the tokens locked in then hit start staking button.

For instance, you can lock-in crypto supported for a flexible amount of time, 30-days, 60-days, and 90-days and you can be able to view how much you will be able to earn in OKB – the OKEx’s platform token – for the duration that you lock-in the tokens.

From their own statistics, IOST is the highest paying coin or cryptocurrency at 9.88% and EOS 5.12%.

Through the opportunity, people are able to earn more by holding cryptocurrency for a long term holding. It is a very good opportunity for hodlers who want to hold these assets for a very long term and instead of having them earn nothing, they can increase the earnings in addition to the owners expecting the Bitcoin to increase in value – so the hodler gains staking rewards on top of the increase in value or change of the price.

The staking minimums vary depending on the cryptocurrency in question. For instance, the minimum staking for EOS is 10 EOS with the redeeming taking up to 3 days to arrive to the mining account.

Coinbase Custody from Coinbase has an institutional focused custody that provides storage of client cryptocurrency. They also recently launched passive income staking with offline assets where institutions and customers do not now only keep the assets, but they can actively participate in blockchain network confirmations via PoS while earning small passive incomes.

Through staking, cryptocurrency fund managers, who are the main customers of Coinbase, and other customers as well, can use crypto staking to avoid deflation of assets. The staking is done in a secure environment while avoiding the risks of participating in staking with large amount of tokens.

Coinbase Custody now supports more than 30 assets and also offers offline OTC trading, Trading and other features in addition to the custody and staking for institutional clients. Some of the assets for which staking is offered include Tezos, which was the first, MakerDAO,

Soft Staking by KuCoin allows users to lock tokens/digital currencies to earn more of those, but also to be able to access those tokens at any time. There are no minimum staking periods and users have the opportunity to receive rewards while maintaining their freedom and independence to withdrawal.

Like with OKEx and Binance, it offers an annualized return rate that differs from one cryptocurrency to another.

KuCoin not only intends to add more digital currency/coins for staking into their Pool-X staking pool, but also to launch decentralized mainnet to help their quest in providing staking pool-as-a-service.

The Proof Of Liquidity allows users to stake POL via POS nodes and to participate in voting of platform governance and the validation of data to get the right to enjoy the PoS returns.

POL provides a liquidity marketplace so users/customers can enjoy instant exchange of the staking allocations for users staking their cryptocurrencies.

Huobi wallet now supports cryptocurrency staking  feature where members or customers can stake PoS coins and earn passive income from them and in order to prevent coins' depreciation from inflation while holding them. Like in OKEx or Binance, users will be able to stake but also can redeem at any time and there is no need to transfer out of the address.

Huobi offers more crypto assets including IOST, IRIS, IoTeX, Atom, LOOM, ICON, ONT and Cardano. Like most of the staking programs on exchanges listed here, they list tokens you can stake, alongside the annualized yields or earnings with the likes of IOST being 16.72%, IRIS 14.62%, ICON 12% and LOOM 10%.

Bithumb offers staking on a number of projects including TFB, which offers 20% of annual returns, MIX which provides 15% of annual returns, BCNT which offers 12%, ABCC which offers 14%, CLR with up to 14%, COS, RATING, FX, LAMB, PET, BOLTT, and B91. Staking in this crypto exchange offers staking opportunities in terms of staking seasons happening for diferent cryptocurrencies and so once a season ends, you cannot stake that crypto for that season but wait for either another season for same crypto or a different season for a different crypto.

As can be seen, this exchange offers probably the highest number of staking project than any other discussed in the list. Nevertheless, the principles are the same: deposit or buy the crypto you want to stake, from the exchange or deposit from a different wallet into your staking wallet and you are ready to start. From this link you can find out the crypto whose staking season is open and you can deposit to start staking.

Poloniex just enabled Cosmos staking where holders of Cosmos cryptocurency can now take advantage of the exchanges staking-as-a-service feature to stake Cosmos and earn more. The service includes a 3 week lockup period once anyone decides to transfer and trade their staked assets. When staking on Poloniex, they can stake while maintaining flexibility to trade their assets.

IDEX crypto exchange, which is a decentralized exchange, also allows users to stake by which method users can accumulate tokens and use them to run staking nodes to help decentralize the network architecture, then be compensated in ETH as cryptocurrency staking rewards. It uses Aurora software. The earnings are gotten from the percentage of fees from the exchange. Users of IDEX can now earn more tokens or digital currencies/cryptocurrencies by trading and then staking earned those tokens to earn earn more of those.

The nodes are run in tiers, with the minimum being a Tier 3 (trade history) node which needs 10,000 IDEX tokens to run. Users can then download the IDEX staking software (IDEXd) and follow the instructions in our IDEX staking technical documentation.

Different staking tiers play different roles on the network: Tier 1 hosts the system order-book, tracks real-time user balances, matches orders and verifies trades as legitimate in addition to serving the off-chain (yet to be mined) trade history to IDEX client. Tier 2 submits approved trades and withdrawals to the blockchain to be mined; while tier 3 downloads trade history from blockchains to serve it to the IDEX user client.

To stake crypto, users need to run computer or VPS continually connected to internet with a stable IP address and inbound connectivity. The machine or VPS will need to have 2GB+ memory and 20GB+ storage. Unlike in OKEx or Binance where the token maturity period before starting to stake at IDEX is 7 days.

The staking periods are biweekly (every 14 days), starting Mondays at 0:00 UTC and ending Sunday 23:59:59 UTC, after which the collected fees is distributed to stakers within 48 hours. The staked amount earns credits depending on the duration it has been staked. For instance, staking 10k IDEX tokens for five minutes uninterrupted earns 1 credit and fractional credits are possible.

Users can redeem a minimum of $3 worth of ETH, otherwise it will roll over to the next staking period. For all tokens that are not ETH, the amount to be distributed needs to be at worth at least $50 in value to be liquidated, otherwise all other tokens carry over to the next period.