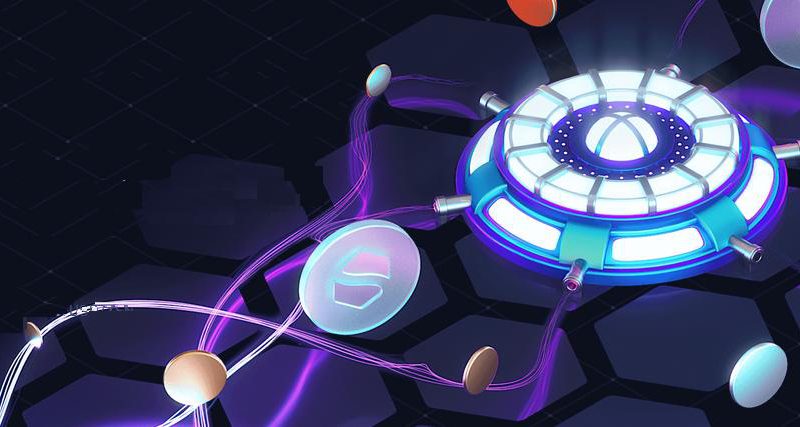 Stakenet will on Friday launch the full public release of their masternode-as-a-service that automatically sets up, runs and updates masternodes for the users, thus riding them of the technical hassles of setting masternodes.

It will also allow for offline staking or staking even when wallets are offline, even from cold hardware wallets such as Ledger once they have been integrated with Stakenet platform.

The service has been on beta testing. The network also supports staking, which is responsible for moving, validating and securing the Stakenet network. Staking and masternodes can allow a user to earn passive income without the hassles of trading and speculation.
Moving forward, their masternodes will be critical for their upcoming Stakenet Decentralized Exchange since it will be powered entirely by the XSN Masternodes.

For starters, masternodes allow a user to earn passive income in cryptocurrencies and are an alternative to staking, mining, and trading. Stakenet masternodes will be earning 45 percent of the block rewards by supporting the high-end operations in the network such as voting and maintaining the Stakenet.dx.
Different networks require different amounts of coins to run a masternode. A user requires 15000 XSN coins in order to run a masternode on the Stakenet network.

The startup has two staking service options; XNS Cloud pool staking and the TPoS staking. The XNS Cloud features a multicurrency wallet that automatically stakes with Pooling staking (Staking-as-a-Service), Monitoring services, Masternodes-as-a-Service (trustless solution), a TPoS Merchants marketplace, ROI calculator and its RSB rewards page. Pool staking on XNS Cloud is a staking option more preferable and suitable for users who do not have enough coins that would allow them to stake individually.

It allows the user to send any amount of coins they wish to stake to a pool wallet address, and all the coins so pooled are staked and the rewards shared among users. Therefore, a user who could not be able to earn rewards is able to get daily small rewards. The users can stake with any coins but the coins are pooled to purchase the XNS tokens. The fee for the pool staking is calculated as a percentage according to the formula [2.5 * (amount of coins in the pool / circulating supply)].

This service is pretty simple and straight forward for anyone looking to earning a passive income with masternodes because they do not need to do anything after signing up and sending the coins to the wallet address. The rewards though small start to come in after 24 hours, and they are regular.

However, this pool staking option is less profitable than another option called Trustless Proof of Stake (TPoS) which is a better option for anyone who has adequate coins to be able to stake alone or individually on the network and retains ownership of their coins in whichever wallet they wish. This option has been running since the network launched, allowing people with enough coins to stake and earn rewards. Although there is no minimum amount that a person can stake with TPoS, staking a smaller amount would mean waiting for a long time receive a reward, and therefore, the better option for one with a little amount of coins to stake would be the XNS Cloud pool staking option.

TPoS, which is also a safer option since you do not expose your coins on the staking server online, requires that you rent your own server and there are technicalities involved also. The TPos works with smart contracts and a user can either set up their own masternode on their own or find a merchant at the TPoS marketplace to assist in setting up and have their coins stake on the network. The latter version of the TPoS staking is known as merchant node staking and the merchant and person staking will share a key to secure funds.

In contrast with the XNS Cloud staking, the masternode-as-a-service does not require users to send coins from their wallet -- they retain the private keys and coins in their local controller wallets. Sending in a pool staking address means they relinquish or give up ownership of their coins, which is highly risky. Again, the latter service is less profitable given the fees. Since Stakenet is a cross-chain platform, meaning it allows integration and communication between or among blockchains, masternodes on the network will also serve the Stakenet blockchain as well as other blockchains that will be integrated via cross-chain support.

The platform is among the more advanced cross-chain integration solutions. It became the first to integrate Lightning Network and Segwit for cross-chain transactions, allowing users to do transactions with virtually zero fees.