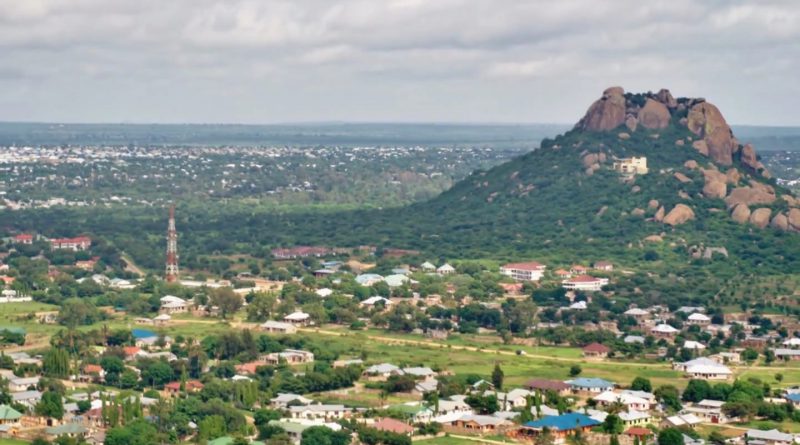 (Image courtesy Cities of the World)

Corruption, which is a biting vice in Africa and the whole world at large, steals away $195.4 million per month or per every payout from Tanzanian public scoffers in the form of salaries paid out to ghost workers from the public paycheck.

The country, which ranks 18th on the list of most corrupt country in Africa (or 103 out of 175 of least corrupt nations worldwide) according to the 2017 Corruption Perceptions Index reported by Transparency International, has corruption mostly affecting government procurement, land administration, taxation, and customs processes. Petty corruption with traffic, customs, and immigration officers deters investment.

According to the country's Prevention and Combating of Corruption Act (PCCA), corruption is illegal alongside other crimes such as extortion, passive and active bribery, money laundering and bribery of a foreign official. Also included as illegal in the act are gift-giving and use of facilitation payment for purposes of inducing corruption. Other corruption offenses are covered in other legislation. However, the anti-corruption laws are applied inconsistently and are poorly enforced.

But the country, whose president is committed to fighting corruption, is joining other countries such as Uganda, South Africa, Ethiopia, Nigeria, Ghana and other African nations that are considering blockchain as a way to fight the vice.

The country's president said during the Africa Blockchain Conference held on May 23rd and 24th at Kampala's Serena Hotel that the "beauty of this technology" was that the transactions were verifiable and could be substantiated by anyone.

However, the country's president said the technology should not be used as a substitute to existing sectors such as agriculture, Industry, services, and ICT but rather a compliment to enable goods and services move smoothly and faster. For instance, according to chairman Blockchain Association of Uganda (BAU) Kwame Rugunda, the country could use the technology to settle problems associated with its land tenure systems such as illegal land grabbing and fraud through duplication of public and private land titles.

He also said that technology could improve and modernize the healthcare system and deal with counterfeit drugs. Counterfeit drugs affect over 100 million Africans and causes multiple deaths and disabilities. The technology can be applied in the tracking of drugs from manufacturer to customers as well as verify originality. The technology would also help unify public identities as well as help in real estate, supply chain management, music, and media among others.

At the conference, Museveni urged governor Bank of Uganda Emmanuel Mutebile, who said cryptocurrencies were risky, not to be dogmatic about the matter.

Nigeria, which is ranked as 19th most corrupt country in Africa (or position 148 least corrupt nations in the world) and just lower than Kenya at position 20th most corrupt in Africa (or 143 globally of least corrupt nation out of 175 countries) according to Transparency International, will be using distributed ledger technology (DLT) and hopes to boost public revenues after lowering corruption. Nigeria's customs service has already adopted the blockchain technology in order to boost revenues and deal with corruption.

In a more successful African nation, South Africa where billions of Rand are lost yearly to corruption especially through public procurement whose annual spend is R800bn but half goes to corruption, the Reserve Bank is considering using blockchain through Project Khokha to improve the situation. Other main areas of corruption include grants and social programs.

The project Khoka has already trialed inter-bank settlements using distributed ledger technology. inside of procurement, such a system would help to identify and verify potential bidders, simplify contractor registration, provide a shared information repository on contractors’ past performance, and enable real-time reporting according to Prof Sope Williams-Elegbe from the department of mercantile law at Stellenbosch University. Not only would it help eliminate corruption, but blockchain can also help deal with inefficiencies by way of automating manual processes.

In addition to governments looking to blockchain to deal with massive corruption, a number of private projects are already establishing themselves in the region to use blockchain to deal with inefficiencies and corruption in areas such as land registry. A good example is Bitland, which started operations in Ghana, working with communities to build a blockchain-based land registry system. The company has already spread to Nigeria, South Africa, Uganda, and Mauritius.

One thought on “Tanzania considering blockchain to fight corruption”