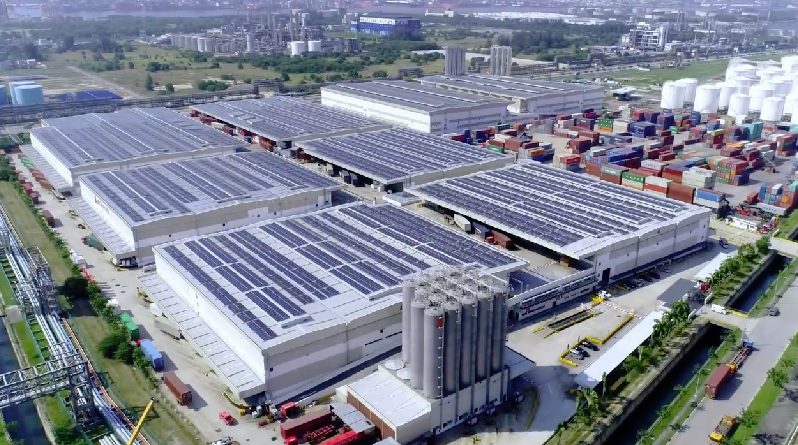 Both small and large producers of solar energy in Singapore can now sell and buy green credits or renewable energy certificates (RECs) on the blockchain-based marketplace to offset their carbon footprint. This follows the launching of a renewable credit marketplace by Singapore Power Group (SP Group), which is a leading energy utility company in the Asia Pacific.

The platform, which was announced by SP on Monday this week at the ASEAN Energy Business Forum (AEBF), is also in line with the country's low carbon target as part of its commitments to the Paris COP-21 agreement. The marketplace was first demonstrated with DBS Bank (DBS) in April this year.

Companies willing to purchase these credits will be able to get renewable energy power from the producers and therefore reduce their reliance on fossil sources and reduce their carbon footprint. This will allow them to achieve sustainability goals. The platform is useful for small firms who for one reason or another do not produce own renewable energy for use. It will also be open to households by the middle of next year, allowing individuals to access the market.

With countries committing to achieve carbon emission targets through a variety of methods and processes that they propose such as producing renewable energy according to Paris COP-21 agreement and in order to carry the global burden of reducing carbon emissions, one of the methods of meeting these targets is by encouraging the production and use of renewable energy to replace fossil fuels.

In addition to opening up the markets for RECs to enable their accessibility, the platform will also allow companies producing an excess of renewable energy than they need or those that producing renewable energy for sale, to sell it to customers.

The blockchain ensures that the renewable energy certificates transactions are done in a transparent, secure and can be easily traced. Currently, RECs are traded through a manually intensive process which makes it hard for small-scale buyers and consumers to find sellers and where the seller and buyer need to negotiate prices manually. Therefore, the platform will automate the trading and verification process as well as make it easier for traders to connect to and with each other.

Chief Operating Officer of Technology and Operations, DBS, Mike Power said that the new platform will be more economical for organizations to achieve their carbon target commitments and "will catalyze the transition towards a low carbon economy."

The blockchain marketplace not only brings together renewable energy producers and users from different geographies in the country but also different sizes and types of sellers, supply options as well as a variety of renewable energy sources such as solar and wind.

Cleantech Solar Asia and LYS Energy Solutions are examples of renewable energy producers already signed up to sell their energy. Cleantech will be selling renewable power produced on its 120 solar sites in Asia according to its Chairman Raju Shukla. Others include Katoen Natie Singapore global chemical logistics company which is set to launch the country's largest single unit rooftop solar facility at a warehouse.

Among the first buyers of renewable energy power already signed up on the platform include City Developments Limited (CDL) and DBS Bank (DBS).