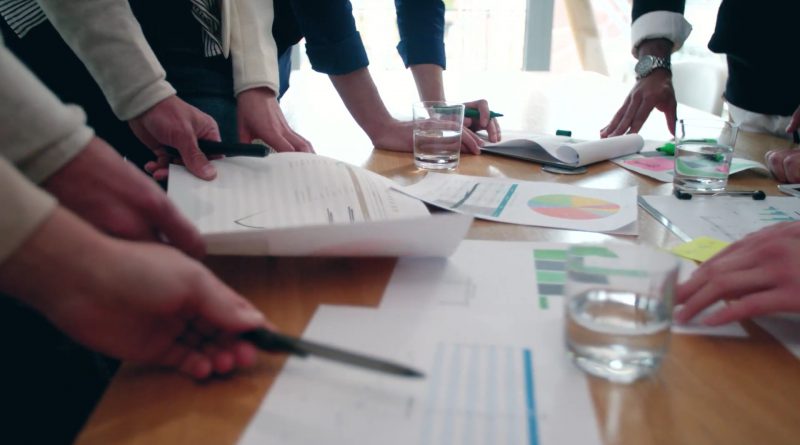 Over 50 representatives from cryptocurrency, Wall Street and venture capital firms have said that the United States needs to come up with a clearer regulation that supports innovation in the cryptocurrency sector to prevent an exodus of firms from the sector.

They said this during this week's “Legislating Certainty for Cryptocurrencies” event hosted by Ohio Republican Rep. Warren Davidson who is preparing to introduce a bill on the same. The event was attended by industry experts from Coinbase, Kraken, Nasdaq, Bittrex, BX3, Andreessen Horowitz, State Street, ConsenSys, Fidelity, and the U.S. Chamber of Commerce. It was meant to "listen" to stakeholders in the sector before drafting a regulation for the same, with Davidson telling that their views would help in drafting a friendly cryptocurrency regulatory framework with the bill to be presented to Congress this fall.

Also in attendance was Darren Soto (Florida) and Rep. Tom Emmer (Minnesota) who has introduced multiple blockchain bills in the legislature this month. Both agreed that time was running out for defining the blockchaim industry in terms of conventional regulations.

All of the representatives from the crypto, Wall Street and venture capital firms seemed to agree that the country needs an up-to-date regulation for this young industry and that the firms in the industry "want the same thing" as do the regulators.

They pointed out a number of issues where startups in blockchain and cryptocurrencies are having difficulties including proving their compliance status with current regulators because of unclear regulation.

Of top concerns for cryptocurrency regulation in the United State has been the definition of digital assets as either utility or security or other types of tokens and this has sparked a lot of debate. In regulating, SEC has adopted a balanced approach, definitely avoiding an outright ban of cryptocurrencies to encourage innovation, while trying to provide a regulatory guideline and an environment that discourages non-compliance, fraud and scams that have been reported in the past.

And with increasing attempt to classify or view some digital assets as securities by the regulator, there has been various crackdowns on ICOs and domestic cryptocurrency companies, prosecutions and penalties for issues such as failure to register with SEC and some companies have expressed discomfort with the way some issues are handled.

SEC has clearly indicated that not all crypto assets suit the definition as securities. For instance, its investigation of Ethereum’s ICO concluded that the cryptocurrency was not a security token. However, except for Ethereum and Bitcoin, all other ICOs have been treated by as securities by the SEC.

According to the leaders who gathered at the meeting, more clarity was needed. They said that while SEC was using an old regulation to determine whether cryptocurrencies were securities or not, this was a wrong approach. Uncertainty still remained about the definition and also did not offer a good guideline on how startups should approach compliance.

And with the application of the Howey's Test to clarify definition of what can be categorized a security token or not, coming on-board only last year when a number of startups were already operating in the cryptocurrency space, it cannot be an easy job for SEC to regulate the sector or bring everyone onboard. SEC has been prioritizing consumer and investor protection and many experts agree on the need for regulation to deal with scams and fraud. Further, a number of projects are already embracing regulation with launching of what they outrightly refer to as security tokens, and experts in the sector regard regulation as an important factor that will affect the industry. However, sometimes dissatisfaction with how this regulation is applied is misread as general resistance to regulation.

They said that since most ICOs issued what they referred to as "utility tokens" they were finding it hard to prove compliance with SEC. They said that these types of tokens have completely different use case as that of the security assets and therefore it was reasonable for CFTC to regulate them and not the SEC.

Carla Carriveau, a former SEC executive, now working as senior regulatory counsel at crypto finance firm Circle said SEC "did what they thought they needed to do" but US Congress can make a real impact by initiating to change the old standards, which would make it simpler for SEC to clarify the existing laws and make exemptions or amendments for cryptocurrencies.

The Chief of legal at Coinbase, Muke Lempres, said that crypto companies wanted a fair and orderly market just as regulators wanted. “It doesn’t have to be done in the same way it was done in the past, and we need to be open to that,” he said. Many other industry experts have alluded to the fact that the cryptocurrency industry would need regulation to not only deal with illegal activity and scams, but also to spur investor confidence that was necessary for further growth. What was necessary is a regulation that suits this asset category.

Rep. Darren Soto of Florida said that there might be need to come up with a new category that treats cryptocurrencies as a new asset to avoid "trying to squeeze a square peg into a round hole."

“There needs to be some streamlining based on the definitions of digital assets.”

Chief legal officer at Fidelity Investments David Forman said that it was inappropriate to "punish people for making the wrong guess" if the ran ules were unclear, unwritten or unknown.

Also discussed in the meeting was taxation of cryptocurrencies.

Competition in crypto space is real and global

Participants expressed concern that the United States was losing competition to countries that seemed to have a friendly and more clearer and organized regulation regarding cryptocurrencies and blockchain. The issue was being made worse by the crackdowns and penalties that were being carried out and imposed in an environment of unclear cryptocurrency regulation. This was leaving companies at a confusion and many that were operating in gray areas might decide to leave to foreign jurisdictions that seem more welcoming.

The experts said that already, the industry was witnessing mass exodus of companies from New York after introduction of the BitLicense, the local New York Bitcoin Law.

It is uncommon for many startups in the cryptocurrency sector who wish to raise money through ICOs to exclude U.S. citizens as investors due to regulatory issues. Local companies also experience limitations that affect their financing. Thus because foreign companies are able to raise more money than their U.S. competitors, it was possible that local startups and innovations finally fail to launch as they either do not raise enough money or that foreign companies outraise them.

“Foreign companies are able to outraise their US competitors and often whoever raises the most money is who wins,” CEO of the crypto exchange Kraken Jesse Powell said.

ConsenSys’ Joyce Lai said that it was not difficult to move a cryptocurrency business abroad since cryptocurrencies are border-less.

Crypto and blockchain regulation is evolving

The first bill is a House resolution to express support for cryptocurrency and blockchain while the second one known as Blockchain Regulatory Certainty Act seeks to establish that certain entities such as cryptocurrency miners and multi-signature providers who never fully take control of consumer funds, need not register as money transmitters as they are only there to help validate the network’s integrity.

The third bill Safe Harbor for Taxpayers with Forked Assets Act of 2018 seeks to clarify report gains touching cryptocurrency forks. If passed, it will establish that IRS cannot fine individuals involved until they provide some guidelines on how taxpayers should report their digital assets.

Davidson said during the meeting that legitimate players have a desire for some sort of certainty so we can prevent and prosecute fraud.

"I'm confident we can move forward and make this a flourishing market in the U.S. It's an imperative for us to do, we did it well with the internet," he reportedly said.