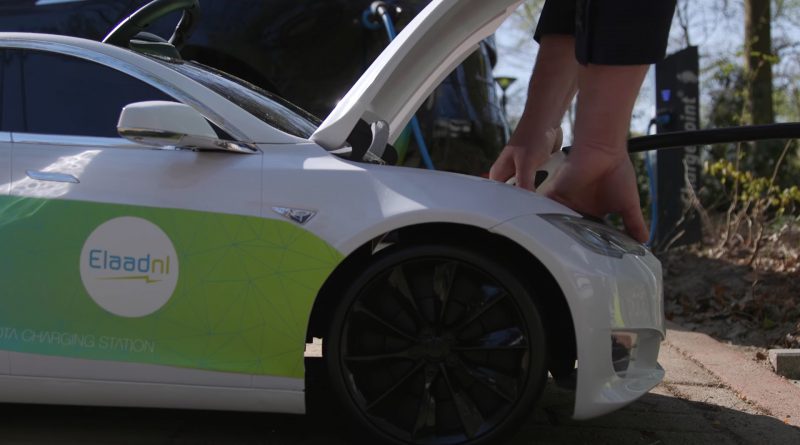 The first electric car charging station that uses IOTA payment technology has been tested with specially-built mini-Tesla hardware in the Netherlands. The test is a proof-of-concept about how Tangle blockchain can be used for Machine-to-Machine (M2M) interactions, including secure data transfer, fee-less real-time micropayments.

Basically, the charging station is meant to prove how customers utilize machine-to-machine charging and make smart-meter like payments (using IOTA crypto token) for parking and energy consumed to charge their electric cars. It operates autonomously meaning there is no back office and no communication protocol is required to run it and handles communication and payment with the end user. The user does not need to use a charge card or subscription. Meter values are stored in the Tangle blockchain for administration purposes.

This technology is targeted at electrical cars and regular cars would need a special type of hardware to use the IOTA charger. The charger also utilizes a charging cable specially developed in e-Mobility ISO 15118 communication standard between car and charger to set up a connection.

The charger has hardware that allows the establishment of a TCP/IP connection with a car in order to facilitate payment and exchange of data.

They are currently implementing a QR-code display top allow charging and payment.

The next step by ElaadNL is to integrate charging stations into a smart network that uses IOTA to distribute information. Such information includes transformer load capacity and the information being sent from the devices to the Tangle. The transformer can ask connected devices to do smart charging. The devices are incentivized with IOTA tokens when they connect and listen to the directions.

Finally, it will be available for the public to charge their cars and if an electric car is not equipped with this hard and software, the owners can still charge the car by sending IOTA tokens directly to the charger using the normal wallet.

The testing was done at the ElaadNL test site which was opened on April this year by the State Secretary for Infrastructure and Water Management, Stientje van Veldhoven.

IOTA has also been testing a variety of other technologies including a digital car pass tested in partnership with Volkswagen. The CarPass, which would launch in 2019, would allow hosting and sharing of telematics data on the blockchain. This includes data such as where the car went, what it did, and how it was treated.

The system can, therefore, help prevent milage tampering and odometer fraud that is currently in the vehicle market.