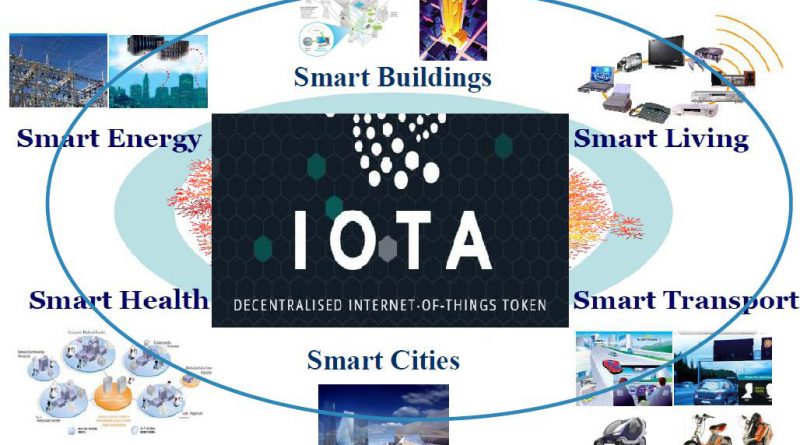 IOTA (IOT) is an open-source distributed ledger based on the block-less Directed Acyclic Graph protocol. It has no fixed limit on the number of transaction you can confirm per second in the network, hence the network does not slow or become clogged, and there are no fees on transactions. It goes beyond the blockchain ideas. IOTA is not just a currency but an interoperability protocol that seeks to solve the problem of tomorrow.

With the ever expanding need for Internet of Things technology, there is a growing need to share resources on those platforms and to integrate systems and devices. Thus, by majoring on IoT, IOTA differentiates its business from other coins.

IOTA is expected to become a crypto currency of IOT. Its charts enable companies to explore new business-to-business models and functions in IoT. It makes technological resource a potential service that you can trade in real time in an open market without any fees.

It launched in 2014 and became the first of its kind to function as a scalable ledger with quantum resistance and which enables decentralization for all IoT devices. IOTA is led by the IOTA Foundation, an NGO registered in Germany, and which focuses on a non-profit organization that focuses on building electronic currency solutions. It has no mining, no blocks and no transaction fees.

The economy is a summation of transactions, and it is expected that the growth of the machine economy will achieve its full potential later and help IOTA win big beyond the wildest projections in the market caps.

IOTA uses a directed acyclic graph that enables various features like infinite scalability, zero-cost transactions or offline transactions. With the ever-expanding internet-of-things, there is a growing need to share resources. This permits the use of new data-driven business models as all data are hashed and signed by an IOTA node. The immutable hash and signatures values assure the payee of reliable, integrity and authenticity of all nano-payments made.

IOTA has a head-start in the trading works as it provides instant wallet-to-wallet transfers and free transactions.

IOTA trading is available on the main exchanges today. The IOTA price will rise further as people anticipate the exchange launch.

Pundits believe that if the machine-to-machine transactions are what await traders, then IOTA will play a prominent role in the form of electronic cashout. It is expected that the demand for the machine to machine communication such as sensor technology, smart cities, and adaptive systems will continue to increase.

In other news, the blockchain is becoming obsolete, and many businesses and companies do not want currencies they cannot spend. Therefore, developers need to launch iOS apps that include wallets that attract more new investors on-board.

There is no market cap for the trading, but IOTA is expected to be number two on the trading markets by the close of 2017. If IOTA charts continue to be promising the way they are, it will be the ideal electronic cash out by 2020-2022.

IOTA has many advantages over other coins including href="https://www.bitcoin.com/" target="_blank" rel="noopener">Bitcoin and Ethereum uses a technology called Tangle, a third-generation Blockchain-technology, which makes lightweight and scalable. By design, the tangle ledger is part of the system that makes decentralization and self-regulation of peer-to-peer network possible. The system becomes stronger with increase in the number of transactions (there is no limit to the number of transactions to be authorized in the network). Therefore, there is no network congestion.