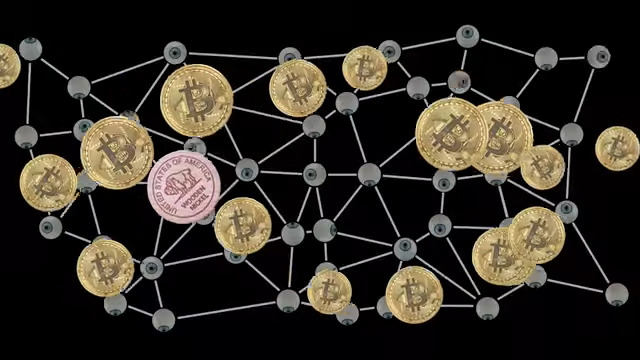 The Bill and Melinda Gates Foundation announced this week that it will be using the Interledger Protocol, which is a protocol that enables cross payments from one ledger to another or from one cryptocurrency network or blockchain to another. It will apply the protocol on systems that help the poor access banking sservices with lower upfront costs and in an easier manner.

This follows a partnership between The Gates Foundation and Coil startup, which was announced by Deputy director of the Bill and Melinda Gates Foundation, Miller Abel on October 17. The Foundation promotes the health and well-being of individuals and communities in the developing worlds, helping to reduce poverty and hunger.

Coil is also a provider of Web Monetization API which is a browser API that will allow the creation of bi-directional payment streams between the user agent and the website. It makes it possible to transfer small quantities of money and hence web monetization, which will basically be an automatic way of paying website creators, paying for API calls, and supporting crucial web infrastructure.

The Interledger Protocol allows users to transact and exchange assets without needing to move assets to a centralized exchange or to a specific blockchain for trading.

The technology simply routes packets of money across value networks just like the internet routes packets of data between Internet Service Providers (ISPs). When a user initiates the BTC transaction, the network sends Interledger packets denominated in BTC to a connector, which then applies their exchange and forwards ETH-denominated packets on to the receiver.

Cross-blockchain and platform transactions have been one of the major missing links when it comes to cross-platform transactions. Lifting this limitation would, for instance, make transactions cost lower, faster and would even promote the usability of cryptocurrencies by eliminating fragmentation (the separated nature of) in networks.

According to the announcement made by The Gates Foundation through Twitter, the two will also "explore ways Mojaloop can support pro-poor payment systems. Mojaloop is an open source software that is used to create payment platforms that help unbanked people around the world by providing them with access to digital financial assets easily and at low cost.

According to Abel, Mojaloop ensures payments are in the national currency of the given country so that the system helps include and integrate the people (usually poor) who have historically been left out.

Other benefits of the protocol in cross-blockchain transactions

The technology could make sending money from one ledger to another on the blockchain relatively easier and faster to achieve. According to the description of the protocol, this is often impossible and where it is possible, connections tend to be manual, slow or expensive. The technology or protocol basically interconnects a system of ledgers. Basically, it consists of a network of connectors, which act as independent operators that act as decentralized exchanges or market makers for cryptocurrencies, fiat currencies, and other tokenized assets.

It is not associated or hosted on any blockchain, and it would route payments across different ledgers while isolating senders and receivers from the risk of intermediary failures.

Its first use case is facilitating the trustless exchanging of cryptocurrencies and enabling new business models with streaming micropayments. An example is facilitating of sending and receiving of funds from/to/between a digital wallet, a crypto wallet, an international bank, a local ban, kand online payment service, all interlinked together by the technology. It, therefore, helps to monetize without relying on a single cryptocurrency, a proprietary network like Visa or PayPal, or a monolithic platform like Apple.

Therefore it could make better global networks by facilitating multi-hop payments to connect any sender with any receiver to allow the exchange of different types of assets regardless of the home blockchain network of the sender or receiver. It also does not include public key infrastructure, identity, liquidity management or other services found in payment protocols.