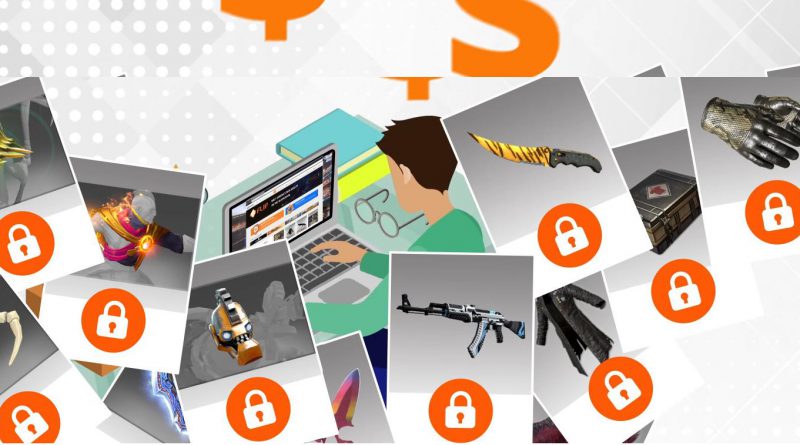 Not just video gaming and the common and usual fields for blockchain application we know! Virtual reality and augmented reality is on the blockchain too, with numerous upcoming projects and ICOs.

We have discussed several blockchain-based VR projects whose ICOs are complete, but here are some more upcoming ICOs in the field of VR.

Below are just some of the upcoming or ongoing ICO projects in these three fields.

Arround wants to combine advertising and communication in a single blockchain platform and network. Advertisers can expect new sales channels leveraging big data, AR developers a huge market for their software and hardware (AR developers can integrate their devices and expand their own user base while application developers can provide content), while users can expect better deals and custom ad worlds from companies.

The server also serves the blockchain server, which holds wallets, ensures property rights for content, and regulates lease terms for AR environment on the platform. Ad agencies and content creators can also use platform tools to offer and monetize their co

There will be mining for those who hold servers and are processing visual content. There will also be iOS and Android apps. The pre-ICO is already finished while token sale starts September 15 and ends on November 2018.

Influencers can also earn by promoting the ad campaigns.

The first adopter of the system will be VirtualCyte, which is a AR/VR/360 degree content advertising platform. With it, users can embed objects within any content from logo, 3D object, tagline, banner, or pre-roll video. The platform also has proprietary object tracking technology that allows the tracking and tracing of objects within the content.

They are currently hosting an ICO that lasts until June 15, targeting a CAP of $5 million.

The Deep Gold will hold an ICO on August 2018 and is targeting a hard cap of 20000 ether. It is a virtual world that uses Delegated Proof of Stake decentralization and DPoS-based tokens.

All users need to do is to claim land and build it using the limited supply of Deep tokens. All of this will be possible without mining. Users can also connect their own servers with DeepAPI. Owners of land can sell tokens while delegates can earn a percentage of transactions they facilitate.

It is also possible for land owners to own server and connect it to the system API and make the land unique and to offer services in the Deep. Virtual Reality will come onboard on the Autumn of 2018. With this support, users can bring virtual reality experiences onto their land using graphics and primitives.

Dstadia lets users to compete, spectate and speculate, in addition to building in a tokenized virtual reality gaming world. They use a blockchain 3.0 platform that already packs multiple VR eSports titles. The dApp uses EOS and comprises of such activities as match speculations (on skill and performance) -- not gambling -- and donations to non-for-profit charities.

Their main token sale will open in the third quarter of this year with the first alpha release scheduled for the forth quarter of the year and initial public release next year.

Everus World is currently offering a 15 percent bonus until June 16th when the pre-ICO ends to pave way for the ICO. It serves as a token for VReSports issued on Ethereum network. It facilitates higher engagement where spectators can also enter VR environments where the games are being played.

They use the VReS (Virtual Reality Electronic Sports)tokens With it, users can play, interact, spectate, support their favorite player, and build more exciting VR gaming ecosystem. Everus is already a VR platform currently being used by 15 million VR gamers in over 3000 stores, mainly in Asia. They have put some of their games in circulation at these locations.

Investors, according to the company, can get incentives in form of dividends from game revenues and limited edition releases. Players can win prices in competitions held by platform and sponsors. Users can access these competitions using tokens.

Elysian is a blockchain-based decentralized E-commerce platform that wants to help you build websites on the blockchain, all with improved security and user experiences. For instance, blockchain data storage will make your website much more secure. Websites can also implement other features including artificial intelligence and virtual reality on the chain.

For instance, virtual reality experiences can improve user shopping experiences and property walkthroughs. This can result in higher rates of satisfaction. According to their website, they are partnering with the likes of Cappasity, a platform that helps online stores to create, store and deliver 3D, VR and AR shopping experiences; Airswap, a token swap project; Haven, Sether -- a blockchain marketing project; Linhard and Applicature.

It will have a token economy powered by TGE tokens.

The project will hold an ICO from June 18 to July 8 this year.

ImmVRse is a virtual reality content sharing platform for brands, advertisers, content creators, who will use the ImmVRse token (IMV) as its method of payment. Essentially, it is a project that allows content creators to showcase their work and be rewarded with jobs and contracts, for instance. This way, they are exposed to top brands. They can also participate in accolades where they can win rewards.

It will have decentralized and autonomous payments, peer to peer smart contracts used by freelancers and companies, iOS and Android and Web applications, and content collaboration feature that will allow people to collaborate on projects. It will also have inbuilt wallets where users can receive tokens and send payments. The smart contracts can process deadlines, workflows, transactions and even handle payments.

Leap With Alice is an educational tool that seeks to redefine the classroom. Users of the platform can build learning environments and create other engagements, but it will also be possible to incentivize teachers.

This will increases engagement, resulting in a higher level of education. For instance, teachers can use drag-and-drop tools and templates to create learning environments for their students. Users can create, buy, and sell enhanced educational content on the platform.

This will be incentivized by the LWA tokens. The platform, according to the project's description, will facilitate research studies, showcasing the efficacy of AR in the classroom. For instance, there will be studies conducted in association with the National Science Foundation. The platform will have an ICO from October 15 to November 01 with 1 ETH going for 760 LWA.

Yumerium is a platform on which people can publish and promote games that use blockchain technology and cryptocurrencies.

It will have support for PC, mobile, and VR​. With it, developers can build games while gamers play, win, and have fun. Gamers can access these games and buy from the store using cryptocurrency. The Yumerium Token will fuel the economy, for instance as a payment, airdrop and referral bonus.

Yumerium already has a web store where users can purchase a number of games at different prices. A gamer is able to visit the web, review details of the game, and check to the price before buying.

VRT is a global virtual reality platform and marketplace. It promises a solution for the apparent lack of quality virtual reality content for virtual reality equipment. Thus marketers will be able to monetize created content and earn money from it. Users can sell and buy content via smart contracts.

The blockchain will secure content rights for users. The platform facilitates creating and monetizing of virtual reality content on a distributed storage blockchain platform. Developers can also use the platform SDK and API to extend the ecosystem. They will also test their own games in offline parks in different countries.

These parks owned by different people will be operated on franchise bases. The platform will also have tournaments where winners of VR cybersport will be rewarded. The project ended its pre-ICO last month and ICO runs until July 31.

VU tokens power the LivingVR platform economy and facilitate in-game virtual currency allowing users to spend or earn by buying/selling virtual goods and experiences within the platform. The platform is built on the Ethereum blockchain and the token is ERC20-compliant and is mineable.

The first full release is scheduled in VU will be in Q3 2019 but before that, there will be incremental releases usable by participants. Blockchain provides an “inventory wallet” in which owners can store an immutable record of ownership, and they can transfer and agree as they purchase, modify and sell or trade.

The pre-sale took place in April and the ICO is scheduled for August when private BETA launches. AR Tokens AR Token is a decentralized AR/VR platform on EOS blockchain, which allows for trading of 3D content, augment reality and virtual reality content without copyright problems.

It is owned by Cappasity and is well-regarded in the VR industry. The company building the platform already has 3D content sharing platform that attracts 1 million views a month. With Cappasity SDK, developers can build and port in their own apps on the platform. It has smart contact protocol to execute transactions.

With it, customers can trade (rent, sell, buy) the content using CAPP tokens. The tokens are used to pay subscriptions for content by creators in addition to renting and buying or selling.

Worldopoly is an augmented reality platform that also brings together AI, geopositioning, and blockchain. These pieces of technology will facilitate development of multiplier simulations and games in an economic ecosystem.

With the platform, users can build, own, trade property and play games (and earn) while securing them on the blockchain. It uses WPT cryptocurrency for the economy.

It will support the Android, iOS, Byteball, Node, Unity, Windows, and Smart Glasses platforms. What's more? The project has already completed its game engine and major features after 4 years of development.

The game world will use Google Maps as a base and therefore players can have virtual access to streets worldwide. Their pre-ICO ended on April while the ICO starts in a few hours from today until July 8. 1 WPT will sell for 0.12 USD.