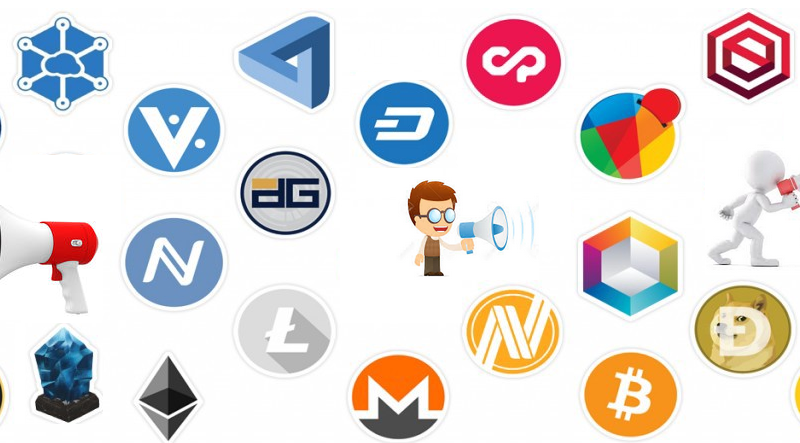 Apart from technical analysis for cryptocurrency trends, a dominant alternative among traders and crypto enthusiasts is tracking crypto social buzz and sentiments. For instance, a recent research showed an increase in search traffic 2 – 3 days before Bitcoin prices surged.

Pulsar, an analytical intelligence firm, found through, this research, that a 10 percent increase in social cryptocurrency buzz led to a rise of at least 5 percent in Bitcoin price 2 to three days after. Social buzz can have such a quick impact on prices and volumes. Further, the research showed more correlation between buzz and prices as the prices surged to the highest. Therefore, buzz analysis may be more important at a time when traders want to cash in on huge price surges.

The analysis by Pulsar revealed the various factors that affect prices and volumes including gender, demographics in the audience, the who talked, the what people talked about, and even political alienation. It found out that 5 separate personas emerge in the social debate related to cryptocurrencies and these have different influence on the audience and thus prices: the pop culture techies have the most influence with an entire 44 percent. This group has a penchant for tech culture but are not tech leaders themselves but show strong interest in celebrities and sport.

Crypto geeks are the thought leaders, developers, and investors who identify them as participants in the crypto space and are most likely early adopters. Millennial investors had a 9 percent influence while Iconoclasts & Founders (startup founders/leaders) had an influence of 7% while news junkies (those hyper-engaged around the latest news in politics and business and following establishment media brands and digitally-native sources) are most mature segment comprising of 2 %.

The research by Pulsar also revealed the distribution of interest in the various type of debate among various age groups. The 25-34 year-olds led in terms of eagerness to invest leading with the where to buy (crypto or Bitcoin)? conversations, while the more aged 45-54 year-olds drive the who accepts? debate, pointing to where interest should be for anyone looking at merchant offerings.

Interestingly, you might have come across another different research done earlier on that found that the more aged -- 45-54 year-olds -- were willing to spend and expended more money on crypto investments. So while the 25-34 year-olds have larger interest (including for future investments), the 45-54 year-olds may finally put in more because they have more to spend (including in the now terms) according to the other research.

The research by Pulsar revealed that the 45-54 year-olds are more likely to " judge the legitimacy of a currency by the strength of its payment use cases/applications." Nevertheless, crypto is still strange for the 35-44 year-olds who led the debate about what it is?

Again, what it is? the conversation led by more than half of all the types of conversations, indicating that crypto is still strange to many. Thus although prices could spike "most investors do not
understand what they are investing in and cannot prove its value, which signals a market propped up by pure speculation."

The where to buy? the conversation took 28 percent in the pie and who accepts took 17 percent. Which cryptocurrency conversation was also dominant at 4 percent while only 1 percent was concerned with which apps to use?

And while “skeptical,” as pessimism leads the emotional chatter, the research showed that pessimism is reducing, reducing gradually by more than 10 percent since October last year while optimism and predictions conversations were increasing. The optimism is led by the 35+ segment who according to the research had changed notably. 2x the amount of buzz about Exchanges, Wallets, and ICOs combined.

Surprising, the perception that cryptocurrency enables shady business is fading even as regulation debate becomes dominant for now as we know it. The research says that " 95% or more of public chatter around cryptocurrency use focuses on legitimate applications."

"Buzz around the role of cryptocurrency in black market activity such as weapons and drug trading has diminished. At this point, it is more common to see crypto referenced in other obscure circles, namely disaster prep discussion:communities of “preppers” consider holding cryptocurrency as a fail safe against the possibility of a collapse in the banking system."

For debate takers, then everyone is looking at a killer app in the name of frictionless payment & money transfer, according to the research. Transfer and services took a huge chunk of 30 percent, followed by fund & ETF investment at 14 percent, fundraising at 9 percent, retirement 8 percent, credit cards at 8 percent, disaster preparation at 7 percent, travel spending at 6 percent, home and car payment at 5 percent and black market at 5 percent. Conversation around integration with transaction services such as Paypal, Square, and
Western Union is frequent, outpacing buzz about crypto’s potential role in new investment funds and advisory services, Travel spending, Fundraising. Also, 8 percent of all conversation about cryptocurrency use cases mention retirement savings.

And what are people talking about when it comes to adoption? Security and not volatility is the largest single barrier for mainstream adoption tying at the first position (26 percent) with privacy. This conversation tends to include positive mentions around themes such as anonymity/identity, encryption and traceability. And while the "negative buzz about taxes and fees is also minimal, predominantly driven by older members of the audience," the 25-34 year-olds are leading the conversation about privacy, 35-44 year-olds leading the conversation about security and safety, while the 45-54 year olds -- who are definitely putting in more money -- are more vocal about market cap and fees.

Tools you can use to analyze social buzz and sentiments

In almost all cases, using a combination of technical analysis and social media buzz and sentiment analyses tools and methods is far much better than using a single tool. Again, for both cases, paid tools offer much better value than free tools. But may be free tools is where to start.

Google Trends is commonly used and mentioned among analysts because it offers insights about search volumes.

With this tool -- though very basic -- you can search trends for particular keywords -- for instance crypto and blockchain, Ethereum, Bitcoin etc -- and for a particular time frame (past 30 days, 7 days, 90 days, 5 years, 12 months, 4 hours, 1 hour and 24 hours). You can also filter any particular regions of interest and even categories and whether you want to include news search, images, Google Shopping or just YouTube search depending on your interest.

Solume appears to be the most advanced of the social analytics tools. It provides detailed social charts that can help traders analyze individual coin total social volume, segregate between sources including Reddit, Twitter & BitcoinTalk, or view sentiment – positive and negative post volumes. It also shows how the buzz relates to price. You can view data for 1 day, 1 month or 3 month time frame.

Solume ranks all cryptocurrencies in regard to their price, price change, social volume and sentiment, social volume change in 24 hours, sentiment change and social volume trend charts. Therefore, you can effectively watch how debate and conversations are producing changes in prices and volumes.

The website also offers insights on trending coins including why they have the most volume out of any crypto -- in terms of why the buzz is high for that crypto for the given period. Could be they launched a new app or something, etc.etc.

You could easily combine this tool with Google Trends search volume tool to gain further insights.

CoinGossip.club is a good tool for anyone wanting to analyze different cryptocurrencies' social popularity. You can sort popularity in 6 hours, 24 hours and 7 day views. It includes the percentage of total gossip, gossip percentage change and price changes. It provides summary chart for different cryptocurrencies -- the ones with highest gossip in the last 6 hours, 24 hours or 7 days.

You could, therefore, for instance check why the cryptocurrency has the largest percentage of gossip for that particular period and zoom out for more details.

CoinGossip club, in addition to providing the summary chart for coins with leading gossips, ranks all cryptocurrencies in a table alongside their percentage gossip, sentiment, gossip change, market cap, price and price change in the last 24 hours.

Btcforthe.win assesses total crypto Reddit comments, posts or subscribers for individual cryptos including BTC and ETH. Side wide, not limited to specific subs. You can also filter by top 10, top 10 – 20 or top 20 – 30, BTC 1 month, BTC 24 hour or ETH 1 month.

With this tool, you can check whether the total number of posts, comments and subscribers is increasing for the last one month and by how much and even check a few live.

ConcourseQ Analytics offers a great community ICO analysis site. It offers an ICO telegram statistics tool that is helpful to assess ICO hype, view top 30 from past 24 hours, 7 days or all time.

CoinGecko is useful for those wanting to look at ICO social metrics and compare between ICOs. You can sort by Telegram users, Reddit subscribers, Twitter followers, YouTube views or YouTube subscribers for different ICOs.

It is also a great website for those wanting to track monthly performance for each cryptocurrency. You can also track other coins against selected coins such as all against ETH and then view the winner. This is helpful if you want to decide which coin to keep in and which to discard from your portfolio .

For those looking for analysis website, you can follow Verified ICOs for ICO analysis, Picolo Research for in-depth ICO analysis, Crush Crypto, and Hacked.com.

Bittsanalytics.com allows you, after subscribing, to access sentiment data and buzz for almost all cryptocurrencies. They also provide users with powerful analytical tools that helps them gain insight from sentiment data. You can get real-time sentiment that can serve as trading signal and act when there is need to.

BittsRanking is a paid but seemingly very useful tool for those who want to see how the tweets volume is changing per day and week for each cryptocurrencies and hence determine the next probable move in trade.

They also provide charts such as the number of mentions of each cryptocurrency in social media over time such as monthly and weekly.

They also provide ICO analytics for those willing to invest in ICOs. For as low as $29.95 ($25 for ICO analytics) per month, you can get a premium subscription for their services.