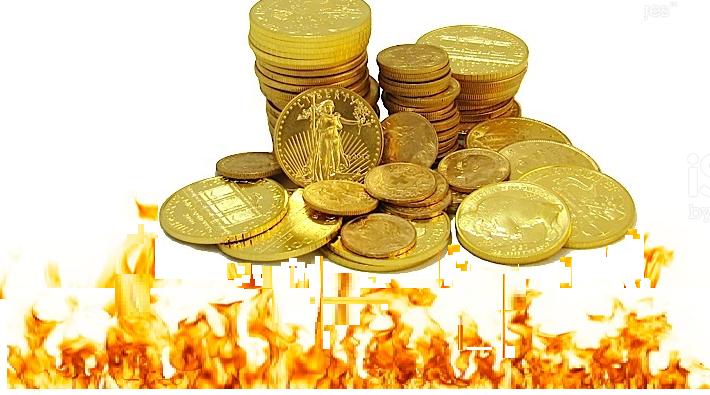 Pump and dumps are illegal acts or strategies in altcoin trading where an investor or a group of investors promote a stock they have been holding for some time in order to have the price go up so they can sell it at the surge of interest following the promotion.

There are many ways of promoting a coin to pump it up, including posts and discussions in forums, chat boxes and posts on social media and websites. This should, however, be differentiated from the normal ways companies use to promote their coins because illegal tactics such as use of different forum accounts are used in pump and dump to spread rumors that make the coin look attractive and the players have the intent of actually dumping the coin once their tactic of promoting it bears fruits in raising the price. This is called pumping.

Dumping refers to where the players who had the intent of dumping will now sell it off with small amounts of coins as fast as they can without dragging the price down immediately until they get out. Dumping begins when everyone in the market appears to have the coin (having been convinced to buy through the buzz in the pumping stage) or is at its high point.

A panic sells starts when the players who had the intention of dumping are finished with selling their stock, leaving everyone else or many people with stock. At this point, the sellers, who are now very many in the market after a pump, cannot have their orders filled, the buzz is gone, and the price is no longer shooting. Panic sellers start selling under market value to just get out and that could drive the price way down to the floor.

Therefore, on the one side of the pump and dump are players who first buy cheap coins of a given currency for some time and then start to promote and endorse the coin when they are ready to dump. On the other side of the divide is the recipient who is unaware of the strategy and risk falling prey -- because altcoin trading of this nature are about one person (or a group) gaining as the other loses and vice versa. It works because the buzzword creates a lot of demand on trading platforms thus pushing the price to the roof.

However, it is not hard to detect a coin that is not yet ready for prime time but is being pumped.

One trick about this is, if you happen to spot a coin that is being pumped during the start of the pumping, it would be the best time to buy cheap coins because you know that time is coming when you will definitely sell it at a higher price.

Then there are people offering to let you in and participate in a pump and dump at a fee, usually less than 0.5 Bitcoins. Most of these, however, are scams that will tell you the coin that is targeted for pumping and dumping but will do nothing. Even if such claims were real, you will still have to invest your Bitcoins to see any profits.

Let's go to the signs of a pump and dump:

It is almost like a scam ICO that promises you a huge profit because no one in alcoin trading knows when there is big profit coming.

Check a few tips of trading with altcoins here if you are a first time trader.

These are the stocks that are prone to manipulations. Considering that fact, never, as a trader, rely on what you hear about a coin. Make sure to do your research about the coin otherwise, trading and making profit from a penny stock can be hard without doing research.

It is also called a reverse merger or just a merger and is where one company purchases enough stocks to control a public company in order to become publicly traded. Most of the stocks that are pumped and dumped undergo reverse takeover and therefore, while we are not suggesting all of them undergo it, make sure to look at a coin deeply enough if it underwent reverse takeover and behaves suspiciously.

If you can do some research after suspecting a coin that is being pumped and dumped, you discover it has or has had a flat-lined price graph and stayed there for quite a while, but all over a sudden and without any substantial explanation, the price starts to rise.

This is an immediate surge in the volume of shares being traded in the market and which happens within a short time without an adequate or convincing explanation. Check, through your own research, and see if the company has good promoters out there or is increasing the volume in some other ways.

Finally, it is important to understand the natural forces that control market prices and volumes as well as the natural trends in volume and price movements even as you do your own research on whether the coin is being pumped or dumped.