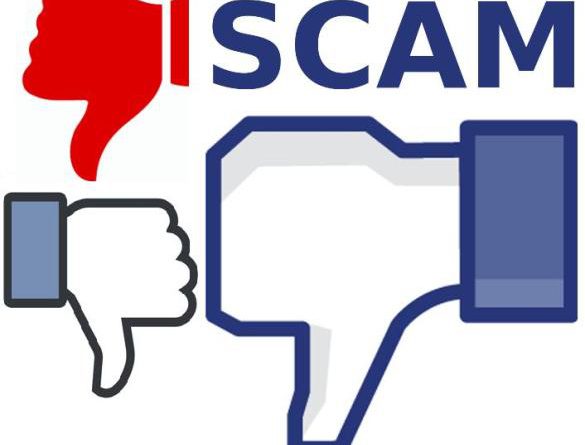 2017 was a year when ICOs raised the highest amount since their inception -- a staggering more than $3.6 billion as of November according to Autonomous Next. Most of ICOs happened during the first quarter of 2017 at a rate of more than 50 ICOs every single day. In June, ICOs had raised more than $550 million.

But 2017 was also a year when scammers and hackers dug deeper into the pockets to steal more. By far, governments and banks cite scams and hacks for a need for regulations. Disorganization and poor planning of projects is a huge contributor to project failures.

Users lost a total of $3.3 million to scammers who deceived to give their private keys or recovery seeds to operators of the scam website so they can generate Bitcoin Gold wallets for them and give the coins.

The operators of the website diverted money into a different Bitcoin address.

Mybtgwallet.com was created by John Dass who was, not only a member of Bitcoin Gold community but also promoted the project on Bitcoin Gold media channels. Bitcoin Gold developers issued a statement saying they were working with the security experts to reach to the bottom of the matter.

Analysis of the website code showed the website stored the private keys when they were submitted. The owners of the project also changed the GitHub code.

Bitcard frequently-asked-questions-faq-8bde1608c7e4 held its ICO on May 2017 and raised $5 million promising everything -- to replace nearly all components of modern business, government, trading and transaction facilitation. No details showed how that could be achieved! People reported inconsistencies about the project and complained it was a scam.

After ICO was finished, the team disintegrated and not a product was delivered as promised -- smart contract constructor and biometric verification on May and then launch a dispute resolution department, a multi-stakeholder token model and a decentralized trade engine.

None is launched yet. Either the project was a scam from formation or promised something they were not sure what it would take to accomplish.

Confido held an ICO in November and raised more than $375,000. Confido branded itself as a "smart contracts" startup and its tokens traded for $1.20 on November 14 before the project disappeared and founders said they were legal difficulties they couldn't crack.

They ended up removing all social media accounts and website. However, a "Chris-ConfidoSupport" on Reddit said he was shocked by what had happened. Though it was not clear if indeed he was not involved in the scam and putting up a show on Reddit, he said it was “completely out of character” for Joost van Doorn -- the project creator, to disappear. He promised to help others recover the lost money.

A statement appeared on November 24th claiming that the owner took down the social media and website due to threats on his life. He said although the intention was not to create a scam, the project could not continue as planned. They gave an exit plan for people to sell their tokens for KuCoin on December 20th. What a way to exit!

ToTheMoon only managed to reach to their "moon" on the October 31 when they raised more than $27 million in the less than a month-long ICO. They sold 45,000,000 TMT of 51,750,000 TMT to investors who never saw a single of the promised "moons" -- including a “full-service mining solution”, “turnkey mining services, and custom packages tailored to clients’ needs from hosting, maintenance, repair, and private blockchain servicing.

It was later discovered that they had lifted verbatim word by word from another project's (Giga Watt) White Paper -- not excluding all the diagrams, proprietary designs, pricing structures, industry descriptions, and even team members’ unique work experience” according to this forum.

Token Tops website where the ICO was advertised flags it as a scam.

Another scam. Kaboom! Karbon was to be a decentralized social marketplace. They raised more than $200,000 in their ICO held August 26 to September 2017.

The Ethereum-based project creators said they would facilitate a "connection" between users, merchants and advertisers to co-exist in a professional environment. A search on etherscan.io/tokens revealed that no tokens were associated with the project.
TokenTops where the project was advertised lists it as a scam.

Hong Coin never came from Hong Kong. It was to be a decentralized venture fund built on Ethereum. They scheduled their ICO from July 1 to 18 last year.

Token Top also listed it as a scam claiming the project either failed or the owners became overwhelmed by it.

Borg DAO wanted to stimulate development on Ethereum Classic by incentivizing developers to support the project's ecosystem and integrate their applications into the protocol. It later disappeared and was listed a scam at Token Top website where it was posted.