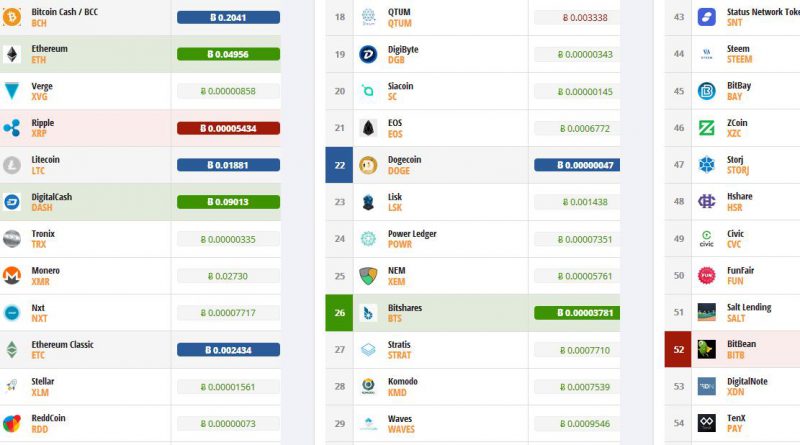 Blockchain-based start-ups have raised $1.5 billion in funding so far this year. The ICO markets flourished most in the first quarter of the year and performance was not the very best in this last quarter as many factors came into play to affect ICOs across the globe including the banning reported in some countries, regulation and even hacking issues.

Here are top 7 most funded ICO projects of the year.

Filecoin is a decentralized cloud storage innovation whose ICO was held on August -September and $257 million was raised. With the innovation, users can put their storage to work by mining the coin using software. They can also earn by fulfilling storage requests on the Filecoin market. They can also exchange Filecoin with any other cryptocurrency.

Tezos, a self-amending distributed ledger, raised $232 million in a July ICO but has since been dogged with controversies with project leaders getting involved in court battles fighting for control of the project. Not only has the products delayed, but the future has been affected.

In the Tezos network, stakeholders simply approve protocol upgrades that are then automatically deployed on the network. Developers are paid for the implemented proposals.

It will compete with Ethereum, Ethereum classic, Waves, and Lisk platforms.

Bancor is a prediction market platform that raised $153 million in a June ICO. The Decentralized Liquidity Network allows any user to hold Ethereum and convert it to any other token in the network. The conversion or exchange is made with no counterparty, at automatically calculated price, using a simple web wallet.

DAO was decentralized investor-driven venture capital fund that raised $152 million in a May ICO and turns out to be one of the most controversial projects to date. A month later, it was discovered that a vulnerability in the code allowed a hacker to go away with one-third of the invested ether.

Quoine's Qash raised a total of more than $108 million in a October ICO. The project is a single globally-sourced platform (world book) with an associated suit of services (Prime Brokerage). It brings together global cryptocurrency exchanges to enable the highest level of liquidity to all markets.

KiK, a decentralized chat application, raised a total of $97 million in a September ICO. It also includes a marketplace and has its own cryptocurrency.

Status raised US$100 million in less than 3 hours in a June ICO but revealed the scalability problems imminent in the Ethereum network. Many will remember the sour experience of trying to send transactions to the ICO from MyEtherWallet without much success.

The project is a messaging app for mobile devices.

Cash Poker Pro, a modern poker room with network infrastructure and money transfers on the blockchain, raised a total of $59 million in a November ICO.

They raised $56 million in a June ICO.