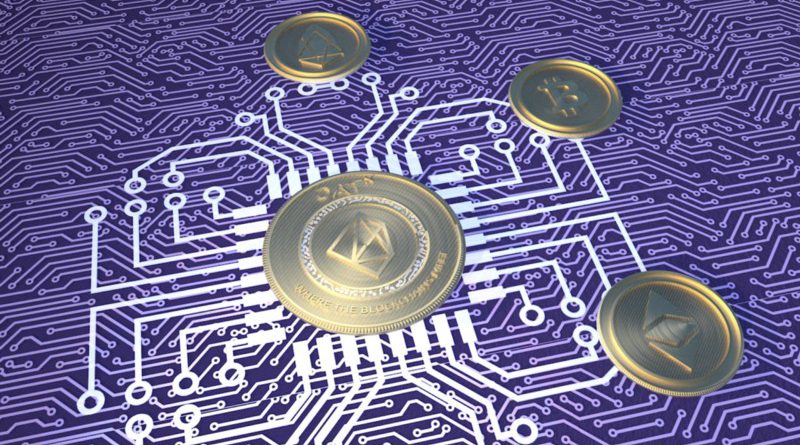 DATx announced this week that they are working on a solution to facilitate cross-chain transactions, which means improving the ability to bridge different blockchains to communicate and unlock current challenges in the cross-chain token economy.

With the DATxChain’s smart contract protocol, developers will be able to develop DAPPS that support multi-chain and multi-asset transactions, allowing their users to access DAPPS with assets outside of DATx in addition to assets on the DATx chain. The platform will go live during the second quarter of 2019.

DATx already launched two weeks ago, BitDATx, which is an exchange for the cross-chain DATx ecosystem, with technical support from Huobi Cloud. The BitDATx exchange will serve as the bridge welcoming users onto DATx’s next generation cross-chain interoperable platform.

So in addition to this project plus other projects such as the Wrapped BTC, Interledger Protocol and Dex.top cryptocurrency exchange project which is using Open Federated Gateway Protocol [OFGP], the cross blockchain transactions or interoperability debate tray is gaining just some attention.

The company says that user adoption of dAPPS "is muted" with only eight DAPPS being able to draw more than 300 daily active users, five of which depend on the Ethereum network and three that depend on the EOS platform. That limits usability of cryptocurrency as a whole because while developers of dapps are locked to developing on only one compatible platform out of hundreds of diverse and specialized options and therefore cannot access users of other blockchains, cryptocurrency users also have limited options in terms of exchanging and using their tokens.

For instance, in most cases, users are required to invest in tokens/coins of one given blockchain platform to utilize its DAPPs. Users of Bitcoin are entirely locked out from the benefits of dApps and require to purchase Ethereum-based tokens to access the DAPP services. Users wanting to use different DAPPS on different platforms will therefore need to run different blockchain nodes to take advantage of these dapp services.

In addition to low volatility challenges encountered on fragmented dapps and platforms and need to exchange their tokens to the target platform's token, users also suffer financially from low security on centralized exchanges which have lost a total of $731 million USD this year. Users can also expect tospend significant amount of money and time (including time to exchange and to transfer exchanged tokens to a different wallet in the target blockchain) when exchanging their assets from token to another in order to access target dapps on different blockchains. For a dapp user, there is no choice in regard to the token to use for that target dapp. Also, for instance, even as Bitcoin blockchain doesn't have dapps smart contracts, users still have to wait for 1 hour on average in order for a transaction to go through.

Again, for users of DAPPs, a Dapp will only be as reliable as the supported currency. An example is the exploitation reported with regard to Fomo3D which is one of the five Ethereum-based apps that draw more than 300 daily active users. FOMO3D paid out a grand prize of 10,469.66 ETH after the end of game's first round. As reported by DATx, one user was able to block out other players by exploiting the Ethereum blockchain's block validation model of prioritizing high transaction fee transactions. He simply added more ETH to the pot and guaranteed the last player the win. It means other players who has a chance to win missed out and were unfairly treated due to a blockchain limitation.

With DATx innovation, developers of dapps will basically be able to integrate tools that allow them and their users to access services and tokens from other blockchains without need for exchanging tokens or assets and transferring them to the other blockchain. Because of this, users of the DATxChain’s mainnet will be able to access resources on the chain and from other supported chains.

That means it will promote inter-industry decentralization and enable DAPPS to realize their full use case potential for large-scale commercial application of blockchain technology. Developers themselves will not need to develop multiple different platforms or migrating or switch platforms. An interoperable blockchain will therefore allow a user on a given blokchain to deal (say trade) with other users on different blockchains supported. It will also eliminate the need for a blockchain to rely too much on third-party centralization institutions hence introducing more points of failure and exposing user data and information to breaches.

Mapping the assets allows locking off-chain assets in an escrow wallet and users can use the original assets to access dapps without differences in block times for the different assets. For instance, one can use dBTC to access dapps on the platform immediately same as one using dEOS even if BTC block time is longer than that of EOS blockchain.

Users will start by binding their off-chain wallets to prove ownership of assets such as BTC, ETH etc while not logging private keys at this stage. The funds are then deposited into a multi-signature escrow wallet MSE that corresponds to the bound BTC, ETH etc. Once the assets are confirmed and mapped onto the chain, the MASC (mapped asset smart contract) transfers them into the user’s DATx Wallet and therefore users will be able to use these assets to access DATx Chain-based DAPPs.
Users can also withdrawal their assets at will.

The DATx chain will also support the DATx token, which will provide token holders with voting rights and allow them to access DAP services just like when using off-chain assets.