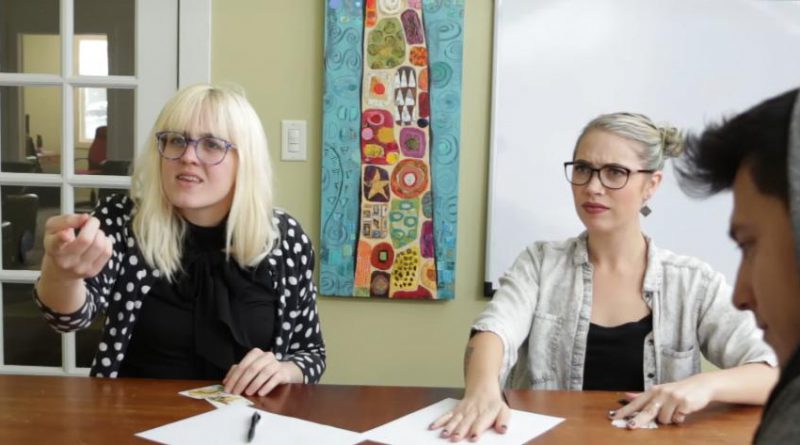 Blockchain governance simply refers to the process of making decisions within the cryptocurrency protocol and which defines how rules are created, changed, agreed upon and implemented.

The need for better and clearer governance systems in blockchain protocols has became clear amidst Bitcoin’s near-decade of political firestorms, fierce debates, splits and competing interests. These have also been reported in systems like Ethereum causing splits in the community.

Governance in cryptocurrencies is used to administer two things in particular: rules or the code of the protocol (which determines development and success of the project) and incentives or the economics.

Therefore, governance, or rather, decision-making processes inside a cryptocurrency project affects how users reach a consensus, how transactions are confirmed, what project proposals get funded and therefore the development and survival of a project, the transaction fees and how participants are rewarded.

To bring everything to a better focus, cryptocurrencies are virtual decentralized entities comprising of very large number of individual actors who do not know each other and who respond to various issues according to a set of rules and governance mechanisms.

To maintain the idea of decentralization, cryptocurrencies seek for distributed consensus mechanisms and decentralized decision-making. In these systems, the rules and incentives help bring project stakeholders together for the best survival of the network, without need for a centralized organization or governance to reach consensus.

Although central governance can bring in faster execution of project proposals and code development, reduced conflict and accountability, it might also have problems such as weak security, lesser trust by users, susceptible to power abuse and lack of transparency.

Without appropriate governance mechanisms, for instance, large miners with more hash power might attempt to dominate the system by overwhelming smaller competitors by sheer power. But there are more problems as we shall see below.

In modern day smart legal contracts, the blockchain code is used to automatically store and enforce rules as well as implement proposals as agreed among the cryptocurrency participants.

Problems with the Bitcoin and Ethereum governance models

For instance, in Bitcoin, changes to the code and economics need participation of the developers, miners and users. While developers write the code, miners and users must vote.  But there have been some problems reported. For instance, even after developers came up with the Segwit  -- which was a solution that would help improve Bitcoin scalability, miners have had no strong willingness to approve this change to date. It needs a vote of 95 percent of nodes to pass. There have been disagreements in the last one and half years.

Bitcoin governance is viewed as weak because it does not give users much power about decisions.  Also, the network has seen increase in confirmation times and transaction fees. Therefore, the proposals are slow to adapt and it becomes hard to improve budgets.

In Bitcoin, all miners have a voting power proportional to the amount of computational power they add to the network. They exert the most influence. If majority of miners vote for a particular upgrade, for instance, then that becomes the new version. Miners earn a lucrative income from block rewards and transaction fees and so they probably won't vote in anything that decreases their earnings in the short term or long term.

Ethereum's governance structure, in particular, targeted at adapting and improving protocols faster than Bitcoin but that came with its problems. For failure to establish a complete consensus in advance of a hardforking meant to restore stolen tokens in DAO, the original Ethereum group split into Ethereum and Ethereum Classic because of a disagreement on an Ethereum hard fork that was voted in by a majority of miners and users but a few people disagreed and went away.

The question then is: how do cryptocurrencies ensure explicit and efficient process for evolving protocols and how do they completely empower users to participate in the making of decisions?

The idea to incorporate cryptocurrency blockchain governance mechanisms inside the blockchain protocol was invented by Dash who describe themselves as “First Self Governing, Self Funding Protocol”. The Dash governance system is direct voting system based on masternode voting mechanism where masternodes vote for the proposals.

In this system, masternodes are described as most stable in the network because unlike miners, they can not reuse their asset for any other purpose or coin. The nodes vote for project proposals that should be funded. Masternodes vote through commands and votes propagate across the network and are tallied.

Dash systems has improved the speed of approving decisions, with approval of some proposals being achieved in 24 hours.

Dash governance system is incorporated into the protocol and features an automated voting system although there is also the option of a manual voting in the wallet. Dash has a vote tracker that tracks votes and budgets for each proposals as voting progresses.

Other cryptos with newer or the so-called self governance systems that are in-built into the protocol and regarded better than those in the Bitcoin and Ethereum systems are Dfinity, which uses an AI-based blockchain nervous system, Tezos that uses delegated votes system and BOScoin that uses direct voting method. The in-built governance systems also update automatically.

In Tezos, the self governing by consensus helps avoid hardfork-based upgrades. The developers proposes upgrades and the owner of the proposal that gets approved is paid in tokens. In voting for these proposals, members either vote directly if they meet the minimum amount of tokens needed to vote (those who run a node) or assign a delegate to vote if they don't run nodes. Members can also make amendments to the protocol itself. However, the seed protocol ensures that the proposals are implemented automatically by the system.

Dfinity has the BNS Blockchain Nervous System or BNS which is a kind of Artificial Intelligence system. In this system, proposals are submitted to the BNS protocol for a fee and then the BNS decides on proposals to be funded using votes made by human-controlled “neurons” that automatically follow each other.

Each neuron is operated using special client software run by its owner on the edge of the network. As neurons respond to stimuli and feedback, BNS learns to make better decisions. BNS has access to privileged op codes that allow it to execute proposals it adopts.

Anyone can create a neuron  by making a deposit to the Blockchain Nervous System and the voting power is proportional to the size of that deposit.

BOScoin uses a self-governing Congress governance body inside the platform where full node operators have a vote to decide (by refusing, agreeing or abstaining) on how to distribute Commons Budget and decide whether to modify existing codes and policies.

Any user can propose amendments to the ecosystem and the proposer gets Commons Budget when the proposal is accepted. The proposals are divided depending on how much they intend to spend (termed as Significant Financing Proposals), those that wish to change the BOScoin system (termed Significant System Proposals); and other proposals for instance in the application development on the ecosystem (termed as Basic Proposals)

Only members of the Congress Network are entitled to vote for or against proposals and anyone can become a member by freezing 10,000 BOS at a minimum and setting up a fully synchronized node at stable speeds.

The newly approved version is updated automatically in the protocol at a predetermined block height after approval.

Voting to create a hard fork in Decreed is in two phases. The first phase requires a majority of PoS/PoW nodes on the network to upgrade before voting begins. In this case, 95% of the 1000 most recent blocks must have the latest block version for the Proof of Work algorithm and 75% of the votes cast within a static 2016 block interval must have the latest vote version for Proof of Stake.

Voting itself happens in the second phase at a static 8064 block interval. Change is implemented if 75% of votes mined within that interval indicate a "yes" to the proposal. The changes are implemented after one additional block interval in order that the remaining nodes update prior to the fork.

Other methods of more modern or recent governing systems use a combination of manual and automatic governance models that are more diverse. For instance, Chinese Qtum uses Ignition system that uses Proof of Stake for smart contracts and this mechanisms help solve scalability problems.

Qtum uses a vote by representative where the community votes for budget and code-related events and this voting is done through the Foundation voting system based on the quantity and age of the possessed Qtum tokens. The judgment Committee, which comprises of the Code Review Committee, the Finance and Human Resource Committee and Marketing and Public Relations Committee considers these voting results when making the final decisions.

Divi cryptocurrency brands itself the first Democratic blockchain and masternodes -- that can be installed with a single click -- will be eligible to vote. Voting will also be via one click through a user-friendly user interface, meaning the voting system is embedded into the protocol.

The cryptocurrency will use a sliding scale of voting weight that will be determined based on the staked amount and masternode status (Divi has five level multi-level masternodes). The voting system will also control reward amounts, funds distribution, and block time among other key blockchain stats. Voters can change the blockchain without recording, avoiding forking and making the system able to handle future issues. The project is self-funding with 8 percent of block rewards reserved for further development and marketing and 2 percent to charities.

First, good blockchain governance mechanisms help in the unification of the cryptocurrency community and avoid splits. It also ensures the survival of the system and the cryptocurrency in the face of technical challenges, for instance when they need to make a major shift in the blockchain. Good governance also ensures that the project evolves in more use cases and ideological differences, and makes the required difference in the larger cryptocurrency community. For instance, fair governance ensures good projects are funded and this ensures good survival of the system

Decentralized blockchain governance also ensures that the needs of the coin holders and project participants are always put on focus and helps avoid centralized governance that can have many problems. For instance, a centralized governance mechanism may implement self-destructive tendencies not popular with the users or which are misaligned with the intrinsic value of the chain. The intrinsic value of the chain is defined by the community and keeps evolving as more valuable projects and investments are brought onboard.

Dash, for instance, has had a stable government that has helped the price go up.

The main challenge with establishing a fair blockchain governance mechanism is how to retain the blockchain's decentralized value proposition.