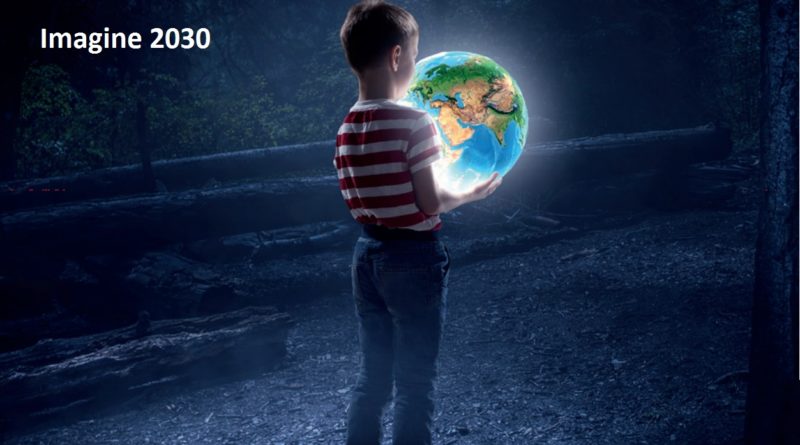 Deutsche Bank recently released their Imagine 2030 report, which analyses predictions for the decade ahead pertaining to the future of finance.

One particularly interesting finding in the report compares the early-stage evolution of the Internet and blockchain technology.

The graphic proves that although the internet has reached more significant widespread adoption, the two have relatively similar difficult beginnings.

Eight years after its inception, the Internet had 500 million users, while during the same time frame, blockchain is currently around 50 million (this 10x difference is illustrated throughout the graph). While the internet took 25 years to reach more than four billion people globally, Deutsche Bank’s forecasts that within 25 years, blockchain will reach an impressive 350 million users, proving that blockchain looks set to have significant use cases in financial services.

Overall, this report proves that a major multinational player is pledging its support for and belief in the future of blockchain - a technology that so many in the traditional finance elite have conflated past scams or hacks.

Here are comments from key executives and thought leaders in the blockchain space on the issue.

“While it is possible to see correlations between the internet and blockchain adoption rates, it is difficult to accurately assess the past adoption numbers, never mind predict future ones. At a high level, the comparison seems plausible, but as you look closer it is harder to prove or disprove: the internet, for example, could be argued to have started when TCP/IP was released, when Arpanet adopted it, or when WWW launched, and yet it really wasn't usable until enough homes had a personal computer or when phone lines were upgraded to allow access to it. There are arguments in favour of all of these dates but, depending on which example is used, adoption rates change markedly.

Blockchain adoption is arguably more rapid because it builds on the back of several other technology stacks needed to support it (TCP/IP, Internet, Telco networks, retail availability of devices etc). I do however agree with Deutsche Bank that blockchain adoption will increase in the coming years and I suspect it is likely to be at a rate faster than that of the Internet as various economic and socio-political factors also play into the cycle and they are moving in ways that work to blockchain's favour internationally.”

“In a landscape of rapidly accelerating technological change, attempting to predict future technological evolution is a risky business. There is an argument to be made that the reliance on such predictions is in fact a core weakness of legacy institutions, since it shows how much they desire certainty in a world that’s fundamentally uncertain. Nonetheless, I have faith in the growth of adoption rates of blockchain technology in the medium-term. Blockchain can provide individuals with increased power, flexibility, and autonomy in their interactions through greater decentralization. And as more people realize this, we’ll see the development of a positive feedback loop.

The most significant aspect of this report is that it demonstrates that blockchain technology has reached a point of adoption where even traditional financial institutions can no longer ignore it. The question to such global financial players is no longer ‘can blockchain work?’, but ‘how can we make blockchain work for us?’ Failing to adapt proactively will leave such legacy institutions behind.”

“I think that Deutsche Bank’s vision is enthusiastic, and while this comparison is interesting, I am wary of its integration in this context.

I think that the curve analyzed here is based on past phenomena in different contexts. Institutions are reaching the limits of their curves, the internet is also limited by security and by deviations from the self-centralization of data. In my opinion, the adoption curve of cryptocurrencies and blockchains is the continuation of these two curves and not the reproduction of a context.

Moreover, the internet has taken off thanks to open source, which is free and simple for experimentation in all sectors. However, at this stage, the experimentation with blockchains is not yet open, free and simple. Some barriers are present, and we have no comparative curve representing the adoption of a digital institution.

All banks and central banks have understood the risk of being disrupted. This report shows a maturity in understanding the technological breakthrough, but it is not an ideological or political confirmation. Cryptocurrencies primarily respond to the Eric Hugues manifesto, which called for the self-defense of our privacy with cryptography, with anonymous mail transfer systems, with digital signatures and with electronic money; insofar as governments and institutions will be structurally unable to allow. Basically, this sector does not wait for the leaders of finance.

That being said, the industry needs adoption to keep the flame alive, and that kind of support is ultimately beneficial for the industry as a whole.”

“Deutsche Bank’s predictions regarding rates of blockchain adoption indicate that the technology is already on a firm footing and set to grow its user base enormously in the coming decade. However, I believe that adoption will be more rapid than expected, and we will see companies across a range of sectors implement decentralized technology to enhance business processes and improve services. The internet was revolutionary and facilitated a degree of communication previously impossible, and while blockchain is equally revolutionary in its scope, it is much more nuanced in the advantages that it delivers, in terms of increased data security, immutability and transparency.

One area where blockchain will directly impact the lives of millions of people around the world is in healthcare. Blockchain has the potential to help make healthcare more affordable by creating efficient structures and decentralizing patients’ private data, enabling more streamlined care coordination for all parties involved. Under the current system, even simple tasks like scheduling appointments can inconvenience patients. From long wait times to unsuitable appointment hours to the difficulty in securing the right specialists at the needed time, convoluted scheduling is an issue most of us have experienced before. By automating this archaic structure and creating a transparent and frictionless scheduling system, we can ensure patients are not only more satisfied, but also receive medical care at appropriate times to improve health outcomes.

This is just one tangible example of how blockchain can improve people’s quality of life, but it’s clear that once people experience the benefits of this exciting technology, blockchain will be here to stay. I believe that as more people realize its potential, the number of users leveraging blockchain on a daily basis may indeed exceed those numbers predicted by Deutsche Bank.”