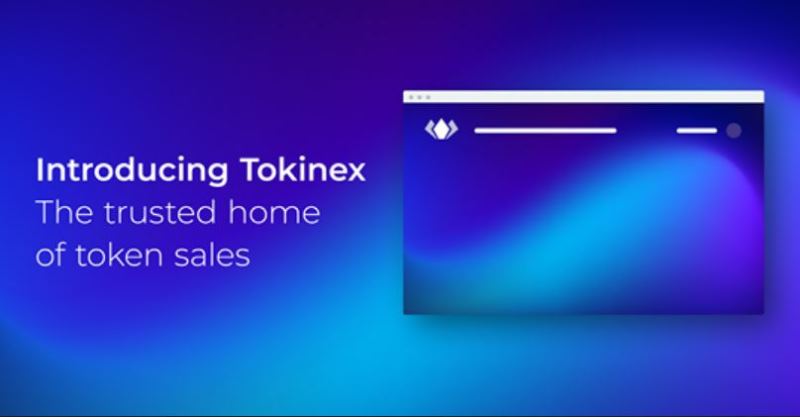 Tokinex is a kind of platform that's specially designed to focus on initial exchange offerings. It lets users participate in Initial Exchange Offerings that have been curated and pre-vetted by other users through voting. That means users are able to decide what projects get listed on the basis of quality and usability etc.

Aside from vetting by users, projects also undergo technical and commercial due diligence from exchange teams. Independent parties also provide comprehensive reports about projects to be listed. In other words, the entire process not only ensures project listed are highly valuable but also brings transparency into the listing and de-listing process.

Participating in an IEO on Tokinex

Those who wish to participate in IEO sales on the platform need to undergo KYC for each of the sales using the Blockpass mobile app and then contribute funds from their personal wallets. They then receive bought tokens in the same wallets and ready to trade them on the secondary market.

Blockpass is a KYC app that helps projects with customer on-boarding and so here they are assisting with customer verification with the advantage of reduced compliance procedures and processes such as reducing the need for customers to sign up on different platforms during verification. The self-sovereign identity verification system works on Android and AppStore and is blockchain-based, storing customer's data on their mobile devices and customers chose when and with who to share.

Projects using this app are able to not only whitelist customers immediately with the legally required verification but also reduce customer verification costs and procedures at the same time.

So far, Tokinex has successfully held 2 CEOs since opening last month. The first IEO project on the platform, Ampleforth IEO, took only 11 seconds to raise $5 million.

The second IEO on the platform will be Ultra, a gaming protocol, and a platform that plans to use the blockchain to let anyone build and operate their own game distribution platform or virtual goods trading service. The IEO will take place on the 16th of July at 11:00 UTC and end when its $5m USD cap is reached. So far, the platform has been in beta since October 2019.

Rating and vetting of projects to be listed

As described, users can rate projects before they get listed on Tokinex. Users are also allowed to vet projects across several dimensions including the project's Whitepaper, Team, and Development progress.

Users can also build a reputation for the reviews they post about projects and the more the reputation on the posts and research contributed by the user, the more weight the user's rating of the project or its token carries.

Ethfinex is an ERC-20 focused token that was forked from Bitfinex and the two shares the same leadership but Bitfinex owns a majority of the shares. Ethfinex co-founder Will Harborne said that they 'want to make sure they do good enough due diligence to know that the tokens available for customers are going to do well long term and not to scam.' He said this when Bitfinex was facing public scrutiny and added that the Tokenix "will also be looked at under that same light."

Tokenix's rating system works the same way it does for Ethfinex, where users are able to vote and rate for tokens to be listed.

Unlike other exchanges, there is no upfront fee for anyone willing to list an IEO project. IEO projects are only charged a fee if the sale is successful and projects are provided with dual exchange listing if they raise capital successfully through the platform.

In simple language, that means the project will get listed on two exchanges for trading: Bitfinex and Ethfinex.

The project’s primary revenue stream will be from spreads.