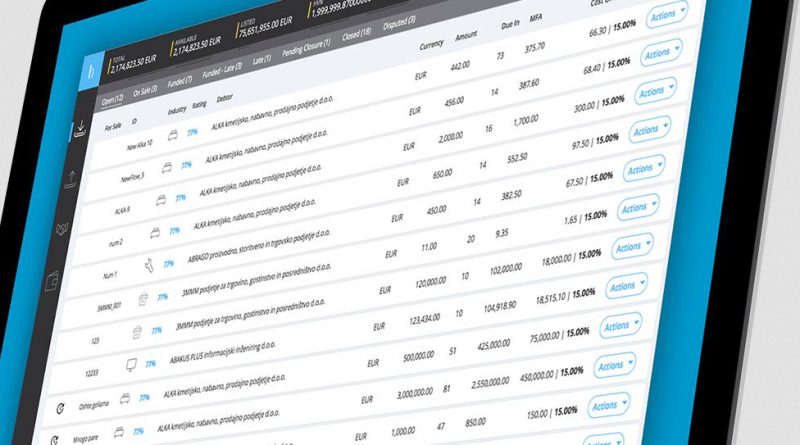 More than 90 percent of invoices globally are processed manually, increasing the chances for errors and fraudulent activities. It means modern electronic invoicing covers only 10 percent. There are indeed more disadvantages of manual invoice processing that we do not need to list here: likelihood of loss of documents, lack of efficient tracking of invoices, delays in payment, and finally high cost of invoice processing without forgetting the difficulties in exchanging data and information inside a manual invoicing system.

The usage of the blockchain in e-invoicing can revolutionize the way transactions are validated, invoices issued and payments made.

E-invoicing as a better idea than paper-based invoicing

The idea of invoicing is not new at all since the first electronic or e-invoices were sent thirty years ago through electronic data interchange (EDI). Although e-invoicing has been evolving, the pace has been slow, amidst increased interest in e-invoicing in the recent past among corporate accounting organizations and large financial institutions.

The main drag in adopting e-invoicing has been its high cost: only the large organizations could, in the early days, afford the luxury of this expensive and resource-intensive process. For instance, not only was technology expensive in addition to the process being labor intensive, but also there were restrictions and limitations to overcome in terms of formats of the electronic invoices which were often unique to large organizations.

Governments are also the main driver of adoption of e-invoicing, meaning that the rate of uptake of these and upcoming technologies in the public sector is of importance for the growth of e-invoicing. Unfortunately, uptake has been slow among governments including the establishment of relevant regulations to that end, this would create (compliance, for instance) difficulties for organizations wishing to adopt e-invoicing in their international operations. To bring things to a better perspective, the United States government processes over 19 million invoices per year buy only about 40 percent are processed electronically. Even negligible is the number processed on the blockchain.

As an example of how blockchain could improve electronic invoicing, China has five-year plan to utilize blockchain for social taxation, increased tax revenue and electronic invoicing and at the same time has the State Administration of Taxation policies and guidance and standards for e-commerce, telecommunications and public utilities to use VAT normal e-invoices more extensively. The government plans on using blockchain to quickly and more easily manage the entire tax collection and reporting process, reducing risk, fraud, and abuse.

This way is possible that e-invoicing regulations could increase utilization of blockchain in e-invoicing in this sense. China even issued the first blockchain-based e-invoicing last year August and companies can currently submit applications for invoices and declare tax on the blockchain platform supported by Tencent, which will automatically generate invoices after transactions are completed. There are quite a number of other governments with traceable, functional and substantial regulations or plans to enforce e-invoicing with Latin America taking the lead and Brazil leading the region, and Columbia, which has introduced a new electronic billing model that will help over 800,000 businesses adopt the technology. Most countries desire e-invoicing because of the opportunities it presents to increase revenues by reducing tax evasion and fraud.

Years on in the invoicing industry, e-invoicing affordability's been better with the widespread adoption of EDI, growth of the internet (which has given rise to web forms and web invoicing), and availability of more options in regard to exchange data formats. Medium and small organizations can now afford it.
However, much more is needed to counter the present challenges relating to e-invoicing.

Enter blockchain: blockchain presents an opportunity to increase value of invoicing through a number of ways: establishing a peer to peer solution in which invoicing works easily, faster and cheaply and which facilitates near-real-time information exchange; advanced encryption and immutability (hence high integrity, authenticity and privacy), and lowering of cost of transactions up to 90 percent in comparison to the other e-invoicing methods (known as electronic invoicing) used today.

Other benefits of e-invoicing using a blockchain platform include transparency and fewer disputes due to transparency, improved management of cash, and tax compliance and real-time auditing. It is also environmentally friendly compared to paper-based invoicing. Peer-to-peer e-invoicing blockchain networks would allow for automatic seamless payments from the customer to a business's digital wallet, without the involvement of a middleman.

The immutability of blockchain can see entire histories of transactions kept and visible in a transparent manner, which makes it easy to track and monitor transactions. Businesses are able to use this feature to easily plan their operations because they can track and see what's on the way and when to expect the completion. It removes the guesswork. Besides that, the information is accurate and has less likelihood of errors in all the steps.

Otherwise, in comparison, inside of a legacy invoicing system especially one that is manual, debtors can delay payments hiding behind bureaucracy or claiming demands are held up or lost. For instance, it takes up to 72 days for most small business owners to receive payment in a paper-based invoicing system, which means a startup could be financially unable to run operations due to less cash flow or expensive invoice financing.

They are very few and most are trialing systems. To get more real, there are a number of startups or companies using blockchain to facilitate e-invoicing. Hive Project is one example. Chinese-based Tencent also introduced an e-invoicing blockchain in 2017 and China Merchants Bank (CMB) was one of the organizations to take part in the Shenzhen Taxation Bureau pilot of the blockchain and issued its first invoice in November. CMB is the 8th largest bank in China and 31st in the world based on assets. The China Electronic Banking Network announced yesterday that it will be using the system and the system is being used by its China Merchants Fund and its consumer finance subsidiaries.

The Beijing Donggang Ruihong Science and Technology Ltd. also signed a contract with Shanghai Onechain Ltd. back in 2017 to build a blockchain based cloud platform for electronic invoicing services. The system would feature integrated solutions of the electronic bill, depository receip, tand derivative financial services to enterprises. It would help businesses to automate processes and to cut costs.

Among other companies using blockchain in this regard include Request Networks, TallyStick, sand Applied Blockchain. With Request Network, anyone or a company can request payment from another, applicable in a variety of use cases including online payments, invoicing, audit & accounting, internet of things or transparency. Companies or individuals are able to create and share invoices; handle advanced payment conditions such as late fees, down payments and taxes; while avoiding to pay commissions of between 1.5% and 6% to third parties.

With Tallysticks, businesses can save all their trade information (such as purchase orders and pro-forma invoices) in one place on the blockchain. They can then keep organized, and prevent delays and unforeseen costs as well as information discrepancies.

There are quite a number of other projects using blockchain for e-invoicing majoring in the supply chain businesses, trade finance, international trade, etc. Others are using permissioned blockchains run by IBM and other entities.

Invoice financing or factoring is another use case for e-invoicing on the blockchain. In this case, factoring companies or lenders buy a company's owed accounts receivable and collecting payments on those invoices and charge for their loans when the company is paid by the debtor. Blockchain invoice financing or factoring is also emerging and has the potential to unlock cash flows for small and medium businesses in a better way than is done outside of blockchain because it can be low-cost in a blockchain-based peer-to-peer system.

In fact, put more nicely, lenders/invoice buyers are able to fund invoices at low costs while companies getting the funds can get more for a given invoice because the rates are better. Companies are able to get funds for pending payments and meet their pressing financial needs.

Both companies can enter into a legally enforceable obligation or use smart contracts in the same manner as a legally binding contract. When combined with blockchain-based e-invoicing, it turns out as excellent because suppliers and buyers are able to assess the risk of any invoice tracked on blockchain instantly and easily with fewer hassles. Both suppliers and buyers have access to necessary transactional information in real-time on the decentralized blockchain network and hence the process is transparent. There is no need for errors, delay, sand inconveniences involved in manual risk evaluation. Both can approve of the information quickly and easily and the information is immutable for histories.

Automation also facilitates faster transaction processing. As I discussed in an earlier article, a good case in point in the application of invoice financing is Hiveterminal on a peer to peer basis.