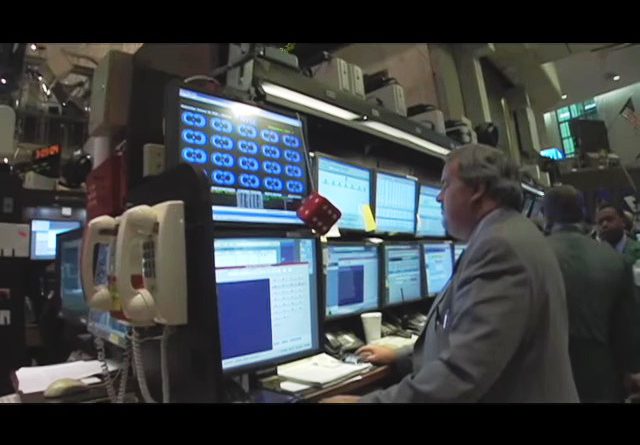 For new cryptocurrency investors drawn into the business by huge promises of profits and excitement in projects and innovation, a market crash can turn to be a haunting experience. Market prices are falling after you bought and there you are watching helplessly!

However, a crash doesn't mean that you should watch helplessly as your assets zero to out of the market. You can stay positive regardless of the cause of the crash and even ride the wave up to and into profitability. Here's how you can do it in a few tips.

Panicking can only be a means of throwing out the right sense that you need to ride this wave and it means you would end up making even worse decisions.

The Journal of Neuroscience has even sweeter words to discourage your panicking at any time, including when market prices are tumbling day after day: "anxiety selectively shuts down certain connections, making it more difficult for the brain to screen out irrelevant information and make better decisions..." and that "under anxiety, decision making may be skewed by salient and conflicting environmental stimuli at the expense of flexible top-down guided choice."

Never allow market emotions to sway your personal ability to make careful crypto trading and investing decisions and judgments, whether markets are crashing or not. Clearly, most people make rash and hasty decisions during this time but these poor decisions are mainly based on the past memories about "when the markets were good" and when "we made thousands of dollars". Therefore, the decision is already skewed against holding.

That doesn't mean you watch the portfolio helplessly running out, but it means allowing for a clearer picture on what you want to do next now that its all a mess. For instance, you could still earn a small profits per coin by reading short strong supports and setting auto sell limit orders based on those strong supports, even if the profit is say a dollar.

2. Not every digital asset will be in trouble

The digital assets space has been encouragingly growing over the years. And that is a good thing in many ways. Even when the broader market trend is "a fall", not every coin will have a bad day, week, month e.t.c. which explains further reason number one above as very very strategic: if you panic, for instance, you might be dubbed to think every digital asset is doomed and that everyone is having a bad day out there (every crash seeks to achieve that goal). But as a matter of fact, even if Bitcoin lost by 50 percent in a single week, some digital assets are making as much as 50 percent in a single week. Even some traders to make money during the crash. How?

If you can stay sober, you should be able to make decisions to shift interest, quickly and smoothly. It is the right time to think of some coins and some teams you can trust to execute and whether the crash storm according to CEO of Civic, Vinny Lingham. Then hold those coins really dear.

3. Stay away, as much as possible, from day-trading falling cryptos

Nervousness in the market within a market crash always create flash crashes and recoveries that are only momentary. That's because everyone is making rash...and likely poor decisions. The nervous cycles do not end well for both buyers and sellers in the end when a cryptocurrency is experiencing terrible crashes. And although on a normal day you could trade several times, a market crash is when every rule does not apply normally so you can't trust those resistance and support conditions, for instance.

The two most important decisions to make during this time and avoid all the confusion and double-mindedness is either to do an exit or entry -- not calculating between the two.

4. Make a good plan to load up

When markets are down, it can really be good times to make good decisions that will come with good rewards in the future when markets hit recovery. For instance, prices of really promising coins like Bitcoin are low at that time and it is obviously certain that they will increase in future under normal market trends. Decide a coin you know and enter that market. But after that, forget it in the wallet until the market recovers.

The investor who is into crypto only for the monies might throw away the dream quiet obviously. If you could find some reasons to stick, then that could include the power and promises of blockchain such as democratization and decentralization, as well as its potential.

And you could be encouraged by the thousands of crypto projects launching each day in the space and who knows, throw some money into an ICO, or something. Then the many people getting into crypto every day and the increasing adoption stats could probably offer some more hope for the future.

Investors with weak hands quickly sell their digital assets when markets are falling, but those with a higher holding power end up profiting.

Although we mentioned about looking to ICOs and cryptocurrency projects that are not falling during a crash (see more on point next point number 8), you might also shift the focus to cryptocurrency mining. You can still check out mining pools that can help you generate crypto and earn profits from it even as your attention shift from falling markets.

8. Borrow ideas from the past

A surprising study has been made about what different companies did during the past market crashes, namely the dotcom crash, housing crisis, and Chinese stock bubble. Then the comparison: while some stocks were effectively wiped out of the market, some companies saw it as an opportunity to hire the best people, reorganize and prepare for the future. That's for the simple reason that crashes do not last forever and that they present opportunities altogether, and that recoveries are 100% certain no matter when they might happen. That's a good case for hodling right there, and two, a case for identifying projects that have long term goal and strategy to weather the storm.

For instance, e-bay was at that time helping people to sell their new and used goods and get great deals from others. Amazon was focused on reducing costs and offering 10–30% discounts on most books and rolled out an online auction. Priceline and Expedia came out strong on helping people to save on travel expenses.

Of course, not every company survived with even what we call good strategy, but while most of the above named stocks dropped even by as much as 99% such as Priceline's, investors who bought in them during that time went ahead to make as much as 20,000+% returns.