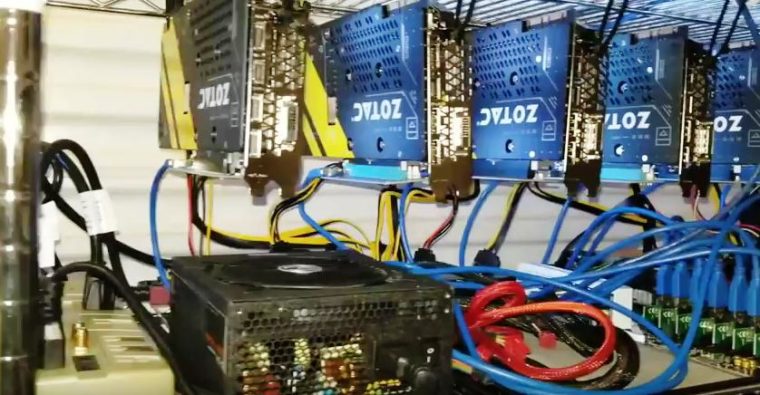 To solve the problem of the centralization of hashing marketplaces which increases the risk of hacking, HashRental is using smart contracts and a decentralized escrow service to connect the sellers and buyers of hashing power. It brands itself as the first decentralized, mining hashing marketplace that also brings other advantages such as renting low-cost hashing power to buyers and more crypto options and payment options for miners.

HashRental is already operational and has paid out a total of $544000 worth in cryptocurrencies to MVP participants. With HashRental, sellers or miners can use the platform's native software to connect their mining hardware (GPU rigs, ASICs, PCs and smartphones) to HashRental servers, which are stratum ports. The hashing power is then forwarded automatically to buyers.

How the platform works is by a buyer willing to buy hashing power selecting the crypto they want to mine and the pool on which they like to mine that cryptocurrency, and then setting the amount of hashing power they need and the order time period. They then pay for the service in cryptocurrencies, which is then deposited in an escrow.

Users are able to pay for mining hashing rate by the HashRental native cryptocurrency known as LUHN. One LUHN corresponds to the price of one hour hashing power rent. The amount of hashing power for 1 LUHN is calculated from the current weighted average profit from mining altcoins for each algorithm.

When the hashing power needed is confirmed, the smart contract releases escrow to seller. The seller is paid in ETH for renting from smart contracts. If there is a dispute, sellers and buyers can name third party mediators who can help to solve the dispute when temporarily holding the keys to the wallets in which the funds are held. Mediation will in future be switched to a reputation-based distributed arbitrator pool.

The startup held a token sale last June that raised 22,174.10 ETH, after which they continued the development of their Ethereum-based platform. It projects that the demand of the token will increase because at launch the price was much less than the approximate price that could guarantee one hashing power, due to the fact that miners would generate more profits from renting hashing power compared to when mining on existing common pools, and due to the continued distrust of centralized mining pools and exchange services.

Compared to other mining hashing marketplaces

HashRental compared to other hashing marketplaces such as the most popular NiceHash. Nicehash, which is the largest and leading crypto-mining marketplace for selling and renting hashing power, was hacked in December last year where customers lost $60 million. It is thought that one problem is because the system was a centralized one and that the risk would have been lesser if it was decentralized.

Basically, the NiceHash platform was infiltrated through a compromised company computer. In what the company said was a "incredibly sophisticated and highly coordinated attack," the hackers reportedly accessed the system through a VPN login using one of its engineer’s credentials. They learnt and simulated the workings of the company payment system and even started making transactions. However, the company announced on October 30 this year that it has reimbursed 69% of all stolen funds following a promise they made to reimburse the money after the breach. It does make the repayment on a periodic basis since February 2018.

The Slovenia-based company uses centralized servers with a website controlling payments on the behalf of users until the conditions of mining contracts are fulfilled. Basically, on Nicehash, users are able to access the hashing power of all major hashing algorithms and bid on said hashing power in real time and in a short duration, from sellers of this hashing power. The platform is well-known in the mining industry, having attracted more than 152,000 daily active users and having paid more than 187,000 Bitcoins in mining payments to customers.

NiceHash, however, being a key leader in the mining marketplace, has been improving the mining performance on its platform, for instance, by recently introducing a new version of the NiceHash Miner, the recent addition of a new Proof of Work algorithm  called CryptoNightV8, further firmware support for the A9 ZMaster ASIC miner, and further support for AsicBoost that aims to speed up Bitcoin mining by a factor of around 20 percent.

Nicehash also recently lowered the deposit fee by half, from 0.0002 BTC to 0.0001 BTC; lowered threshhold for zero deposit fee from 0.01 BTC to 0.005 BTC; and lowered withdrawal fee from 0.2 percent to 0.1 percent of the withdrawn amount for those withdrawing more than 0.1 BTC. Payouts of any amount less than 0.1 BTC to external wallet are charged 5 percent.

Moving on, HashRental not only offers hashing rate at lower prices. NiceRental uses stratum servers located in Europe, USA, Japan, India and a proxy to Japan stratum servers in Hong Kong. NiceHash's stratum and marketplace servers are located in Europe, USA, and a proxy in Hong Kong, Japa, nand India. Another centralized hashing marketplace known as MiningRigRentals allows only p2p purchases and selling of hashing power but there is no possibility to mine multiple coins as is with NiceHash or HashRental.

HashRental is backed by several investors including Soros Hedge Fund Management. In addition to this, the group is in negotiation with other hedge funds and venture capital funds, as well as private investors.