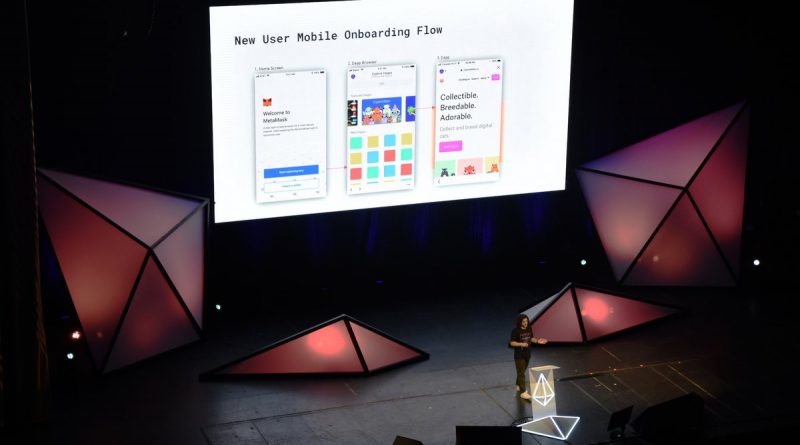 MetaMask, which operates as a wallet for Ether and other ERC20 tokens, has announced an upcoming mobile application. It will allow users to browse their favorite Ethereum applications on their phone thus improving the on-the-go access. The new development is also a response to a request from users of MetaMask who have been requesting for a mobile version since it launched in 2016.

The mobile client will connect mobile and mobile app usage with the possibility of including tokens. A mobile app will also add a second option for MetaMask users who can only use it as an extension for Chrome, Brave, and Firefox desktop browsers.

The other popular Ether wallet MyEtherWallet (MEW) is not yet available as a mobile version. MetaMask is being used by more than 500,000 active users and has achieved more than 1.3 million downloads. The application now supports more than 2,000 Ethereum-based Dapps with 14,000 daily users.

Being a go-to wallet for many cryptocurrency users explains the obvious step of adding the mobile app. There has been an upsurge in the usage of mobile-based cryptocurrency wallets and apps even as these applications continued to increase in the recent past. Not only do they offer better and immediate access and control of digital assets into the hands of users, a mobile app may also be more secure on a smartphone because the trusted execution environment (TEE) in smartphones allow devices to store data a separate environment from the OS and that cannot be reached by hackers. That is if a developer chooses to make use of that environment instead of using the normal internal storage of the phone.

The announcement was made by Ethereum co-founder and founder and CEO of ConsenSys Joseph Lubin at the DevCon4 conference held in Prague, Czech Republic, who also showcased the mobile app. He said on Twitter that the team will focus on making it not just a wallet but "a portal to the world of all things blockchain."

The conference hosted very many cryptocurrency and blockchain-related businesses and companies including EY, Microsoft, ShapeShift, Santander, Blockfolio, Wanxiang and the MetaMask.

MetaMask also acts as aa Dapp browser and bridge allowing users to browse the decentralized web and access many Ethereum apps without having to download and run a full Ethereum node on their machine. This saves time and space. Under normal circumstance, users of dapps would need to download a node and install to access. It is now available as an add-on in Chrome, Firefox, Opera, and the new Brave browser. As browser plugin handles dapp requests in allowing users to transfer Ether and Ethereum-based ERC20 tokens with a simple interface. Applications that run with it connect to its native wallet to process and record transactions on the Ethereum mainnet.

MetaMask also recognizes and blocks phishing scams or compromised services that have previously been reported by users, for instance, those that steal private keys. MetaMask is also connected to the Trezor wallet and can integrate with Ledger to allow users of these hardware wallets to sign transactions from the hardware through it.

Further, MetaMask will add in a privacy mode which will stop account addresses from being exposed to websites. In the new update, dApps will also be able to suggest specific tokens to be tracked by add-on such that users will not need to manually enter token addresses.