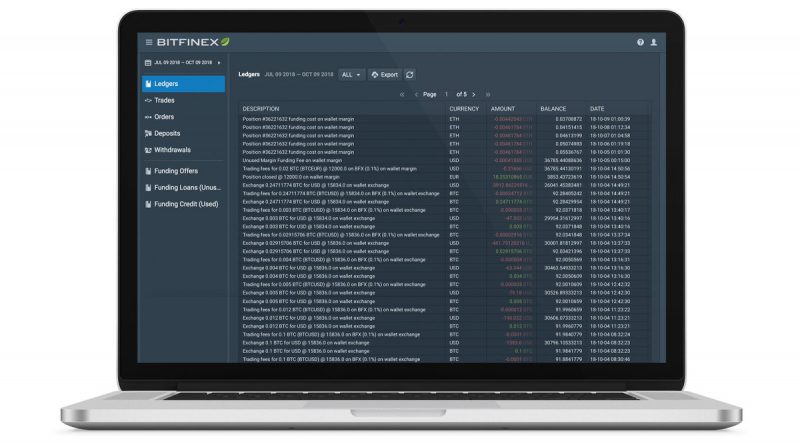 Bitfinex has clarified its recent suspension of fiat transactions on its exchange and said that it will have a new improved fiat deposit system by October 16. The exchange has also announced a new suite of reporting tools that will help users to exercise more control on trading and to provide insights into trading activities on the platform.

The company has however said that transactions pegged to the USD, GBP, JPY, and EUR were being processed as usual without any interference.

The exchange says that the suspension was done due to a number of reasons although it affected people. Bitfinex has been in the news with a few controversies in the recent past. In addition to their facing of scrutiny over wide use of USD Tether stablecoins, many people were not pleased with their pausing of fiat deposit functionality on October 11. Since last year, there have been complaints that USDT is not backed by equivalent USD reserves in banks as claimed by Tether. Tether LLC is operated by Bitfinex.

The company was also alleged to have partnered with HSBC Bank for banking transactions after earlier reports that it was struggling with its earlier partner. But Bitfinex denied the partnership.

The cryptocurrency exchange said that they continued to experience problems in relation to fiat transactions in the same way most other cryptocurrency firms were. They said they were doing all they could to reduce transaction times related to fiat deposits.

Kucoin also suspended Tether transactions (both deposits and withdrawals) saying the reason was due to ongoing USDT wallet system maintenance, and that they would resume once the maintenance was over.

Bitcoin also surged to a high of USD $7,788 as of today after Tether dropped to $0.94 from the pegged $1. The increase in price was also witnessed on major fiat-to-crypto exchanges. This might have happened due to holders of Tether selling the coin massively in favor of other cryptocurrencies or stable coins such as TUSD, Gemini Dollar (GUSD), and PAX.

The volume of Bitcoin surged from $3 billion to $4.8 billion in 24 hours following the increase in price. The surge also raised questions on the effect of Tether and stable coins on cryptocurrency prices. However, the surge in volume in other fiat-to-crypto exchanges may also signify that the BTC price movement has nothing to do with Tether implosion.

The new tools launched provide users with access to more data and lifetime history. Users can also work offline with the activities being recorded on a local database.