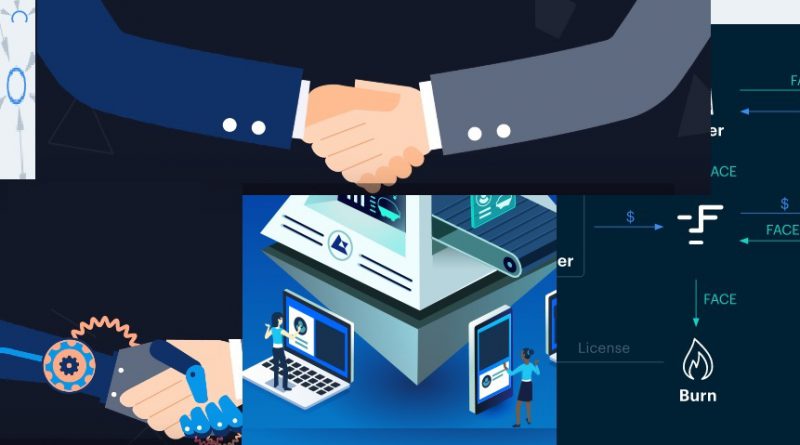 Smart contracts have many varied applications in business and come with many benefits although there are many challenges to overcome too. At their basic meaning, smart contracts refer to computer code or computer protocols that do automatically execute terms and conditions of a contract reached between parties including individuals, private and public institutions as well as other entities.

However, although these smart contracts can be as simple for simple applications, they can be as complicated as they can be for more advanced applications. Smart contracts, which are of different types, are built on blockchain building on its distributed ledger architecture. They can either be between two or many third parties -- even the multisig contracts and ensure transactions are done at a low cost.

Smart contracts are contractual agreements that are enforced once the conditions in the computer code that detail their inherent agreements are considered executed. They can also be audited -- which is a review of the code by experts to determine if the code is secure such as whether there are any existing vulnerabilities, possibilities for future bugs or any errors in coding that could expose users. And during execution, they might become unable to adapt to changing circumstances and it is possible that the parties will need to revise the preferences and this is possible by adjusting the code.

One huge advantage of using smart contracts is the lack of traditional trust-building costs and lengthy procedures especially because blockchain is distributed.

Smart contracts can be used in varied applications including atomic cross-chain transactions where parties can trade cryptocurrencies across different blockchains. Burstcoin’s platform, for instance, provides a mixing service for the purposes of privacy, then send it right back to a new Burst account and the Dymaxion, ACCTs (or ACTTs) are used to connect the colored tangles and the Burst blockchain together.

Another application is decentralized crowdfunding where people supporting the project send funds to an account and when enough funds are sent to the account from a certain block, the project funds are released to the crowdfund initiator or otherwise returned to senders automatically. In decentralized auctions, these contracts are used to ensure sale of a product at a given starting price where the participants send funds to the smart contract and anytime anyone sends more than previous participants, the money from the latter is refunded.

Smart contracts can be characterized by means of their purpose as below.

1. Breach prevention: This is a type of contract that does not take input but makes it impossible for parties to break the contract by acting in an unauthorized manner. A simple application is in the Digital Rights Management or DRM technologies.

2. Property Law: Use of cryptocurrencies enforces property law in that only the person with the private key can spend or send the coins. It works like the case of the physical products with electronic controls or embedded microchips.

3. Financial Services: Cryptocurrency exchanges and systems today use smart contracts to run transactions and auctions such that the code can check for the highest bidder within a given time limit and refund anyone else. They can transfer dormant funds, run decentralized lottery and many other kinds of financial transactions. An example of systems using these types of contracts is BurstCoin.

With Bitshares, it is possible to sell a collateral promised against the shares by traders, the market is moving against the owner.

4. Credit enforcement: This kind is an extension of property law and is a good example of how smart contracts can be used in real world. Development of blockchain applications has in the recent past seen innovation of ‘kill switch’ and other smart contract based devices or executions that lock clients out of or disables their products if for instance repayments are not met as per credit agreements. Electric products can also be installed with ‘kill switch’ that disables it if a simple condition is not met.

5. Oracle contracts: Oracles are online services providers who play the role of broadcasting new entries of registries used to execute contracts such as happens in Ripple’s Codius https://codius.org/ smart contracting platform. For instance, the oracle can be used to transmit results of a football match to be used in settling gambling bets.

If the parties cannot agree, the funds are 'burnt' which means sent to an address unknown to any of the parties and thus making them unable to be spent. This pushes parties to come to an agreement relating to the funds. The contract ensures that no one of the parties tries to make a profit by cheating the other party and if this happens, they lose exactly as much of the amount they could gain.

Use Cases and Applications of Smart Contracts

Smart contracts are facilitating real estate transactions through pre-lease by programming the leasing conditions such as i.e. rent, property management fee, payment frequency and reinstatement particulars. The occupant will then review these conditions through an online platform and on agreeing to terms, they will sign the contract using a key that denotes his or her identity or that of their organization. The property owner will also sign the contract digitally and it will become a legally abiding contract.

Once it is enforced, the smart contracts withdraw funds from the occupier's account and the amount is deposited into the property owner's account. This ensures timely payment of rent and it records transactions that are traceable for the audit.

It will calculate the property management fees then charge and pay the fees automatically, and it will finally reduce errors and eliminate the cost of human intervention.

These kinds of contract can also involve use of or integrated with Internet of Things devices that record energy, utilities, and more, in a transparent way. The protocol can also facilitate deductions for instance concerning reinstatement when the contract expires. Or it can return the security deposit to the tenant at the end of lease period. Still, a smart contract can include capabilities for third-party decision making such as an independent expert surveyor determining the reinstatement costs that are due.

Insurance claims always take months to be processed and paid due to lack of automated administration processes. It costs the insurance companies as to clients and leads to high admin costs, gluts, and inefficiency.

Smart contracts are being used in insurance to automate these processes and initiating claims-related payments and processes when disasters, thefts, car accidents or other factors insured against happen.

Smart contracts will not only record ownership rights for products but will also help track products through the entire supply chain from start to delivery. This happens much easier with Internet of Things sensors, which track goods from producers to warehouses, from warehouses to manufacturers, and from manufacturers to suppliers.

This means the item is traced to avoid loses or delays in delivery or at least to provide the owner with details of its location during delivery so they can avoid issues and lots of queries. The contract also facilitates sending of items in time since in this way, the seller becomes accountable.

Giving of a mortgage loan involves assessment of a number of factors including mortgagee’s income, outgoings, credit score and other circumstances. These checks are usually carried through third parties and can make the processes lengthy and complicated for both the lender and the mortgagee.

Whenever a piece of content is used for commercial purposes, the idea of copyright is to ensure that the owner will receive a royalty fee. With multiple parties getting involved in the creation of songs, videos and other similar content, it can be hard to verify who the owner is and who should own the rights. It is possible that some contributors will get more than others.

Smart contracts can ensure that the royalties are paid to the right person by facilitating recording of ownership rights in a blockchain.

Basically, smart contracts can be used in reducing unnecessary costs and time expenditure while enhancing transparency.

Ethereum and Counterparty are among other smart contracts we have previously discussed and need no further introduction.

Codius  is owned by Ripple which owns XRP cryptocurrency, and is an open hosting protocol providing peer-to-peer hosting, decentralized, and smart contracts. The platform allows parties to write terms of the transactions into code but will allow a third party to run it and attest to the integrity of the written code.

The platform launched in 2014, then closed in 2015 with Ripple citing “small and nascent decentralization market” but re-launched in November 2017. The enterprise-grade and can be integrated for banking and enterprise roles.

The smart contracts are locked on the Ripple blockchain and features, among others, built-in payments where applications can be used to pay each other using a built-in micropayments system.

BitHalo uses double deposit to enforce contracts between parties and parties can also use Python code for smart contracts allowing for unlimited complexity of contracts because the contracts will scale indefinitely without bloating the blockchain.

The platform features user friendly templates for Python Contracts and Custom Contracts, and which can be used for full automation of services. The Cash for Coins peer to peer feature uses smart contracts to allow anyone anywhere to buy and trade coins.

BurstCoin smart-contracts are written into a blockchain, then a triggering event hit to see the contract execute itself and activity can be tracked by regulators etc because the code is public.

The Turing-complete smart contracts use Automated Transactions (AT) a technology created by the CIYAM developers and ensures documents are encrypted and duplicated many times over on a shared ledger. They are applied in atomic cross-chain transactions, decentralized crowdfunding, decentralized gambling, and decentralized auctions.