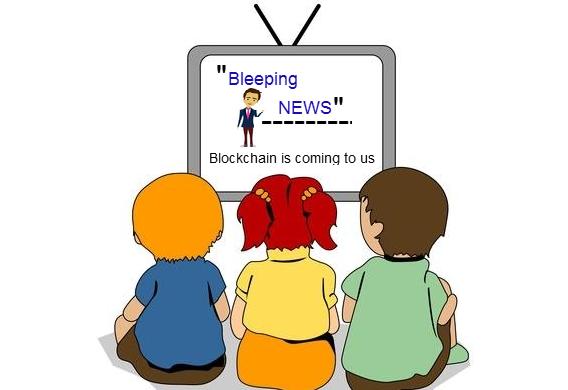 Traditional advertising models that have supported journalism for a long time now are at the threat of collapsing, whether due to the popularity of the social media or new technology and methods or innovations that allow businesses to easily and cheaply advertise themselves without needing publishers. That comes in the wake of massive dwindling public confidence and support amidst the rise of fake news and clickbait. Politics of journalism, on a daily basis, influence directly what is written and consequently what we read. The collapse of advertising revenue took down news sites such as The Awl and The Hairpin last year, for instance.

Besides, the collapse of Gothamist and DNAinfo last year in November, in addition to uncountable other media outlets, has brought to surface issues such as the need to securely safeguard and permanently store news work and information for sustainability according to David Moore is the director of the Participatory Politics Foundation.

Again, centralized models bring up another issue especially in the wake of advanced intensive political lobbying and political strategies in the media: just how much autonomous can journalism be to report issues without fear, favor or influence. How can journalism save itself from bad influence and serve its purpose to play the crucial societal role of impartially informing the audience of important affairs that affect the society?

Here's how blockchain is trying to help address or improve on the many issues affecting journalism today.

Funding and micro-payment in journalism

Funding Journalism in the new era of online journalism hasn't been easy either. The paywall is now common for publications and news houses with the huge following because they can use it to charge a small fee for news pieces. A paywall is basically, restricting access to users who pay either a monthly or a yearly subscription of just per piece. However, micropayments also present another problem because there is not yet a good way to process these payments for firms using the method.

Traditionally, many of the websites have relied on advertising where they get part of the amount paid by advertisers. Many of the news sites and websites with smaller audiences still use this model. Of course, the lion's share of the advertising revenues go to Facebook and Google.

It has also become evident that some are exploiting other funding alternatives such as installing cryptocurrency mining software on their website (through injecting some code). This allows news websites to "harvest" computer resources of their readers and use it to mine cryptocurrency that they can later fund their operations with. The trend is common for those news sites in the cryptocurrency field. The trend has been demonized in the recent past for secretly and unknowingly "harvesting" computer resources without user's awareness and consent, although many known companies have previously used the technique to raise charity funds for the needy.

Blockchain and cryptocurrency come in hard needful for areas where news websites trying old models of data storage and funding have to not only continually rely on expensive third party software to do so, but also when they are struggling in profitability because traditional advertising model is failing. At least a change in the latter case can provide great relief. For instance, even transactions will be much less costly and even seamless and fast. It would also be easy to get organized in processing micropayment using cryptocurrencies because the payments would be less costly.

The technology can also help bring together marketplaces which bring journalists and interested communities together to fund work. But these are merely technical issues for the journalists, news site owners, and publishing firms.

How about helping journalism and readers breath out of toxic political influence and fighting between journalism and political entities that simply end up dictating -- to a large extent -- what is written and what is read? How can a user benefit from using blockchain-based news sites and business models?

A new blockchain-based platform called Civil will not only help with permanent storage of crucial news stories and information that will remain even after a news site is forced out of business, but will also creating a free and independent press where only journalists and citizens involved and thus cutting out advertising and third-party interests in the business model. The point here is although advertising crucially helps fund journalism, some advertising has affected the quality of news itself and compromised journalism by bringing in third-party interests.

Civil will concentrate on three types of journalism, namely local coverage, investigative reporting, and reporting on public policy. Besides, the newsroom will be able to experiment with different models on the blockchain according to how they fit them. The platform, which is initially bringing together 20 newsrooms, will allow users to accept and make payment with crypto and other methods such as credit card.

In the traditional settings, although one might apply for copyrights to safeguard from illegal usage of work, it can be difficult for authors to see who is using their work. This is in addition to the permanent storage of work and copyright data. Again, companies are involved in copyright search processes of seeking who they should seek licenses from. This process is complicated, expensive and takes time.

These two factors make it hard for authors to stop infringements and make the most of monetizing their works.

Using blockchain-based IP registry can help give clarity to copyright authors, owners, and users. That way, blockchain can provide tamper-proof evidence of ownership. Again, that information cannot be changed once registered on the blockchain. Third parties can also easily and quickly check on the blockchain, all the licenses, sub-licenses, and assignments.

Examples of companies offering intellectual property management on the blockchain include Copyrobo. This platform allows users to secure their copyrights world-over in less than 60 seconds using Blockchain and Qualified Timestamps and other similar technologies. Users can use the web and mobile solutions to apply for copyrights easily, and even customize and share the copyright information on the blockchain. This will deter infringement and encourage licensing. The solution eliminates the hustles of having to align with different copyright laws around the world.

Blockai/Binded protects copyrights by allowing artists to put their work on the blockchain and create a timestamp and receive a copyright certificate as proof.

Blocknotary is an iPhone app that allows users to easily store and notarize photos and store fingerprints of the photos on the blockchain. The company also announced previously that they were developing artificial intelligence to create unique fingerprints for all copyrighted works. Bernstein Technologies users can register inventions, designs, proofs of use on the Bitcoin-based blockchain. This will help secure trade secrets, prepare strong prior use defense or disclose inventions. A certificate will prove ownership, existence, and integrity of any IP asset.