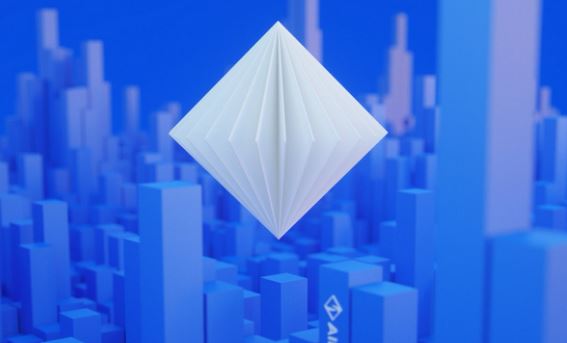 AirSwap is one of the many decentralized crypto exchanges in the crypto industry and lets people to instantly trade ERC and more than 70 ERC-20 compliant tokens. With the platform, a user is able to connect their wallets via MetaMask extension or Ledger hardware wallet, and they recently added Trezor hardware support.

The exchange also recently added support for WBTC (wrapped Bitcoin) trading where traders can trade wrapped BTC (wrapping makes it tradeable on ERC-based platforms with other ERC tokens).  AirSwap recently reported on Twitter that it is currently the largest $WBTC market or serving the largest orders for the token.

Last year, the exchange was listed in the DEX Security Report by ICORating.com, as the most secure DEX platform in the crypto industry. The report accessed DEXes in regard to the security measures across different parameters -- they measured security of DEXes against four potential vulnerabilities that negatively impact the exchanges and their users. This include their console errors, registrar and domain security, web protocols security, and smart contracts’ security.

It scored 74.5 points followed by Kyber, IDEX, and Bancor in that order.

AirSwaps's network is extremely flexible and scalable, and can operate on any device and can support any token. AirSwap has four products already introduced in the marketplace, namely Token Trader, Partner Network, Token Marketplace, and AirSwap Spaces. Token Trader, which is described as the ShapeShift of Ethereum, web-based peer-to-peer token trading platform that went live in February last year.

The Hong Kong-based cryptocurrency platform is a joint venture with Consensys, which is one of the leading developers of Ethereum. The platform has a token called AST. It is advised by some of the most experienced in financial and token/crypto world.

The AirSwap platform lets buyers, sellers, people and programs to trade more than 70 ERC compliant tokens on a peer-to-peer or wallet-to-wallet basis via smart contracts. It means the platform leaves custody management, execution of trade and settlement in the hands of traders.

This means it leaves users to posses and control their crypto private keys on their own, which of course means that they do not have to trust a third party to manage it for them.

Like on many other DEXes, trade negotiations and actions are carried off-chain to avoid overloading of the main chain and to facilitate low cost trading of small volumes. The trade is then recorded and settled on chain after agreement. Once they have agreed, the market maker calls the smart contract to facilitate exchange of token balances via atomic swaps. Atomic swaps are set to fail if one transfer fails in order to protect the counterparties. Each trader party to the deal must approve the smart contract in order to have the transaction completed.

Trading on the platform

Token Trader, which is an end-to-end implementation of the Swap Peer which was developed by ConsenSys and Oracle protocols, allows the trading of ETH as wrapped ETH or WETH, wrapped BTC or WBTC and other ERC tokens, without risking hacks or paying exchange fees. The duration of completing the transaction depends upon the amount of gas paid by the user. One can pay more gas in order to have the transaction performed faster.

Market makers provide orders, the router delivers messages between the market maker and taker front-end, and the taker front-end requests and fills orders. Oracle provides prices to smooth out the making and taking of orders. A taker is able to verify, on the front-end, the price they have received as data on an aggregated order book.

To make an order, a user will select the amount they want to trade and are then allowed to set gas for the amount. They are then able to sign the transaction on their wallet, either MetaMask or a Ledger device. The transaction is completed after a duration determined by the gas amount that is set.
Orders are aggregated on the Index while an Oracle is done to provide information on pricing for makers and takers.

The taker front ends web application requests and fills trade that have been received from market makers. It feels like a ShapeShift for Ethereum tokens and is written in React and Redux.

AirSwap Partner Network is a network of partners who are liquidity makers. AirSwap has partnered with a number of liquidity makers and started with three professional liquidity partners last year. These would trade more new tokens on the platform while providing liquidity.

Partners on the AirSwap Network can signal to either make or take market orders through market discovery platform/system called Indexer. The signaling amount is 100 AST and locking this amount of token entitles you to signal 10 trades. Once an app announces its intention to take a new market, a maker assesses the market and announces its intent to make. Previously, apps were able to attract new makers and now, makers are able to attract new apps.

Makers on the Network are also able to compensate an app for facilitating trades, using the "fill incentive." At the same time, AirSwap works with professional traders who are both traditional Wall Street firms and startup quants looking to get exposure in the global asset class. It means if more traders are able to use the platform, makers are able to get volume and can even have their orders filled at higher rates when there is more demand for the tokens in question.

AirSwap Token Marketplace is a front-end, personalized order book that fetches orders from many counterparties to ensure the best trade for a given token. It uses search and holders of AST token can make or take trades on the marketplace for any supported token, and the orders are discoverable by other traders on the platform simply by a matter of searching, selecting in order to trade.

The token trading platform is also full of opportunities for developers who want to develop apps they can then monetize. For instance, developers are able to develop wallets, portals, portfolios, social networks, and more app categories for the ecosystem. The monetization further drives demand for tokens because the economy is based on tokens.

It means developers can, not only take advantage of the AirSwap Toolkit that allows them to build a variety of apps but can also avail these apps as tools for use by other traders and apps. In addition to using AirSwap for Developers to build trading strategies for AirSwap, developers also use AirSwap tools such as the AirSwap API Server to build volume trackers, custom trading interfaces, desktop applications, among other tools.

AirSwapGo is their token trading mobile app that entered beta testing last year but of course, they support trading on the web, desktop and tablets ideally on any device. Mobility trading and crypto portfolio management mean that the users are able to perform the actions when they need without having to wait.

AirSwap held an ICO ending 3rd of October when they raised over $20 million. Among the pre-sale buyers of the token included Kenetic Capital, Blockchain Partners Korea, FBG and Smart Contract Japan. According to their medium page, although it was possible to sell everything during the pre-sale, they avoided that in order to spread the token to the whole community.

According to ICO Rating DEX Security report, AirSwap had one of the best smart contract security in the industry only compared to the likes of IDEX and ForkDelta.

As earlier mentioned, last year, ICORating.com found AirSwap to be the most secure DEX platform in the crypto industry. ICORating determined the score for DEXes based on four potential vulnerabilities that negatively impact the exchanges and their users. This includes their console errors, registrar and domain security, web protocols security, and smart contracts’ security.

Integrations AirSwap also creates integrations that allow projects to offer the best of the exchange and network to their communities. For instance, with a simple AirSwap widget integration, users of other projects are able to use the dApp and stay in it without ever having to leave the project's site. This, for instance, is applied in enabling seamless in-app purchases. As of last year, over 16 dApps were using the widget. For instance, Civil is implementing the widget on its platform and across its newsroom network for quick and safe CVL token purchases.

Using the widget, dApps are able to use a feature to set their own fees in an asset of their choice. The fee requirement is communicated to makers who then create orders that, when filled, transfer the amount to a wallet address provided by the app. AirSwap does not charge apps for the service. Using the widget, makers are able to access new audiences and get trade flow through top decentralized applications across the web.

AirSwap has partnered with adChain, Civil and Bounty0x, and others to help users of other platforms/projects to participate in their unique ecosystem without need to have them users redirected to exchanges as it was common before.

Their Medium page has, as at the time of writing, 2.5K Followers, while their two Telegram channel has around 9000 members.

The project, which is a joint venture with Consensys, was founded by a product designer, full stack engineer and a seasoned entrepreneur called Don Mosites and a seasoned algorithm trader called Michael Oved. Mosites, who like Oved is a Carnegie Mellon graduate, previously spent more than a decade building products at Google, Zynga and other companies.

Michael Novogratz, formerly of Fortress hedge fund who also founded Galaxy Investment Partners, joined AirSwap as the board of directors in October 2017.

The project is advised by big names in the crypto industry including Joseph Lubin who is ConsenSys CEO and founder as well as co-founder of Ethereum. Co-founder of Block.one, Blockchain Capital and Chairman of the Bitcoin Foundation Brock Pierce also advises the project. Former Chief Scientist of Israel Prof. Mina Teicher and CEO of Cornerstone Capital Erika Karp are also its advisers.