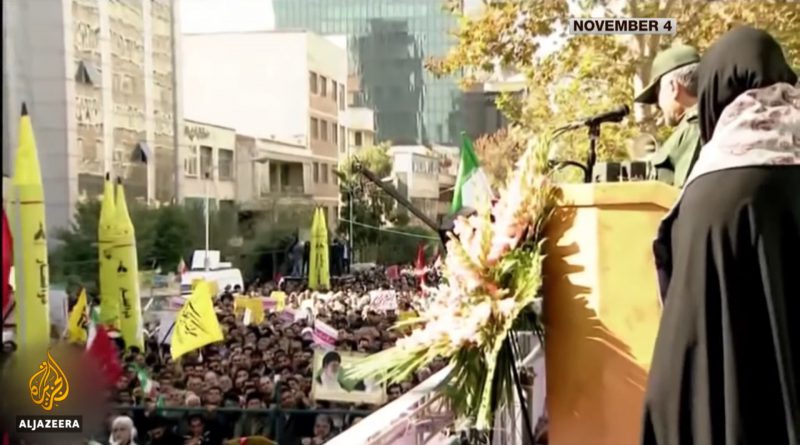 Iran has already developed its national cryptocurrency and may deploy it for use in the country's banking system once its’ testing by the Central Bank of Iran concludes. It is currently at the piloting stage according to CEO of Informatics Services Corporation Seyyed Abotaleb Najafi.

The cryptocurrency was designed and developed by Informatics Services Corporation at the request of the Central Bank of Iran, and according to Najafi speaking last week, it is being developed to test the feasibility and evaluate the capability of cryptocurrencies for use in developing financial and payment services. It will be issued by the Central Bank of Iran and could be applied in the country's interbank and retail transactions and payments through the country's commercial banks.

If it issues the cryptocurrency, Iran will be following Venezuela, whose national cryptocurrency is already operational. Iran has friends in Russia and in an effort to cement the plans to launch the cryptocurrency, the Russian Association of Crypto industry and Blockchain (RACIB) and Iran Blockchain Labs (IBL) have signed an agreement for Russian cryptocurrency and blockchain experts to help Iran in developing the digital currency. The agreement was reached during the Chain Point 18, an international conference held on Nov. 14-15 in the Armenian capital Yerevan.

The development of cryptocurrency Rial as it is called has been ongoing in the background of several controversies surrounding US oil and financial sanctions against Iran by the US over Iran's nuclear arms programs and the pressure that has been coming with the sanctions. The latest sanctions on November 5 blocked the country's oil, gas, shippin, gand banking industries from the rest of the world, in an attempt to force the country to scale back on nuclear and missile activities.

However, China, India, Greece, South Korea, Italy, Japan, Turke, yand Taiwan are excluded from the U.S. sanctions and will continue to transact with Iranian for a limited time. President Hassan Rouhani responded by saying that his government would defy the sanctions and continue to sell.

Further on Monday this week, SWIFT banned Central Bank of Iran and several other Iranian banks and financial services from using its cross-border payment and financial network. The Belgian interbank service provider, the Society for Worldwide Interbank Financial Telecommunication (SWIFT) said it was cutting off Iran because the sanctions imposed by the U.S. The U.S. Secretary of State Steven Mnuchin had warned the provider that it would face heavy penalties and 'feel the heat' of the sanctions if it failed to comply with the sanctions, implying that the service provider was under pressure to ban Iran.

Mnuchin said last week that SWIFT was "making the right direction" "to protect the integrity of the international financial system." The ban from SWIFT happened despite the Joint Comprehensive Plan of Action (JCPOA) law the EU blocking law the provider operates under and it is likely that it will face penalties from the EU.

The ban was already beginning to affect the population through increased fuel prices and the shortage of basic commodities and medicine. President of the Academy of Medical Sciences of the Islamic Republic of Iran Alireza Marandi said the U.S. has endangered the lives of many Iranian patients by imposing "unjust" food and medicine sanctions against the country. He said the sanctions were preventing "all banking exchanges including access to essential medicines and medical equipment which are now virtually impossible" and thus endangering the lives of people and children suffering from illnesses such as cancer and requiring organ transplant among other illnesses.

Marandi also called the ban a "criminal behavior" by the United States and said the U.S. should be held responsible for “crimes against humanity” it is committing against the Iranians as well as the Yemenis. He urged the UN to intervene in the problem. The sanctions could also affect global oil supply since the country is a major supplier at about 2.4 million barrels and the European Union, China and India have opposed the ban.

Additionally, Austria had identified by European governments as a special purpose vehicle to handle payments to Iran in order for the European governments to continue transacting with Iran. The SPV is being sought to salvage the situation and have companies continue transacting with Iran in order to deal with sanctions. It means the SPV would handle payments on behalf of and to hand payments to Iran to shield companies from U.S. sanctions. However, Austria turned down the request terming it as not feasible.

The development of the ban of central bank and other financial institutions would definitely make it difficult for Iran to settle its import and export payments.

That said, the cryptocurrency and blockchain might be crucial tools in the hands of Iran to beat the effects of the sanctions. Although the country had censored cryptocurrencies making it difficult for Iranians to access digital currency exchanges, it changed its outlook after the United States withdrew from its nuclear deal. The host of the Keiser Report Max Keiser has even recommended that the country should "get smart and start hoarding God and Bitcoin." The state published a document this past August about the cryptocurrency at the behest of President Hassan Rouhani, saying the hyperledger-based coin would be a stablecoin. Being a digital currency, it would allow the country to make transactions beyond its borders.

If the crypto launch actualizes, some think that, as a state-controlled cryptocurrency, it could miss out several characteristics of a cryptocurrency including anonymity and decentralization and it could have traits of authoritarianism.